From Our Member Odhikar, Bangladesh – Statement: Seven years since the killing of Felani by India’s Border Security Force
9 January 2018 11:41 am

Odhikar’s Statement protesting the Indian government’s political and economic aggression and human rights violations against Bangladeshi citizens along the border Dhaka, January 6, 2018: Seven years have passed since adolescent Felani was killed. On January 7, 2011, members of the Indian Border Security Force (BSF) shot dead Felani Khatun, as she was crossing the India-Bangladesh [ Read more ]

From Our Members HRWG, ADHOC, Imparsial, KontraS, LBH Jakarta, PAHRA and Think Centre – Regional Conference ‘The Death Penalty and Most Serious Crimes in ASEAN’
20 December 2017 9:55 am 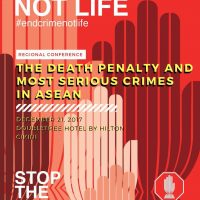 On 21 December 2017, the Coalition for the Abolitions of the Death Penalty in ASEAN (CAPDA) will hold its Annual Regional Conference ‘The Death Penalty and Most Serious Crimes in ASEAN’ at the Double Tree Hotel Jakarta. CADPA was set up by a number of NGOs in the region, including FORUM-ASIA members, HRWG, ADHOC, Imparsial, [ Read more ] 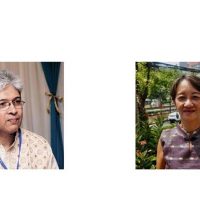 At the Franco-German Council of Ministers in April 2016, Germany and France announced the launch of an annual international Franco-German Prize for Human Rights and the Rule of Law. In 2017 the prize is being awarded for the second time to committed human rights defenders from around the world who have done outstanding work in [ Read more ]

From our Member CSRC, Nepal – Campaign of 16 days Activism Against Gender Based Violence
5 December 2017 5:33 pm 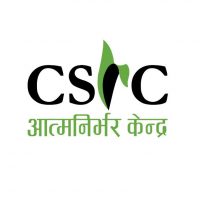 To mark the Global Campaign of 16 days Activism Against Gender-Based Violence, the FORUM-ASIA member Community Self Reliance Centre (CSRC) has played a series of street drama on the topic of ending gender-based violence in Melamchi Municipality, Nepal. Click here to watch the video clip of the campaign.

From Our Member LICADHO, Cambodia – Report on ‘No Punishment, No Protection: Cambodia’s Response to Domestic Violence’
5:12 pm 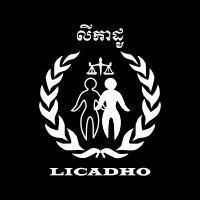 As part of the Global Campaign of 16 Days Activism against Gender-Based Violence, which runs from 25 November to 10 December, FORUM-ASIA member Cambodia League for the Promotion and Defense of Human Rights (LICADHO) is publishing a new report titled ‘No Punishment, No Protection: Cambodia’s Response to Domestic Violence’. It presents evidence of the failure [ Read more ]

FORUM-ASIA member from India, Banglar Manabadhikar Surakksha Mancha (MASUM) published its monthly human rights report for November 2017. In November 2017, MASUM filed 13 complaints before the National Human Rights Commission. During the month, eight replies and one update was made to National Human Rights Commission. Out of 13 regular fact findings and subsequent complaints; [ Read more ]

From Our Member, Bytes for All, Pakistan – Statement: Blocking information channels can never be a solution, it is always a problem!
26 November 2017 2:54 pm

Islamabad, November 25, 2017: Bytes for All, Pakistan (B4A) is extremely concerned over the complete information blackout in the country and demands the government to immediately restore unfettered access to internet, social media platforms, media channels and mobile services, where network shutdown is being imposed. Earlier today, in an unprecedented censorship move, Pakistan Electronic Media [ Read more ]

Bytes for All, Pakistan (B4A) and the Open Observatory of Network Interference (OONI) project released a research report examining internet censorship in Pakistan. The report, titled “Internet Censorship in Pakistan: Findings from 2014 to 2017” is available Here. This study was conducted through the collection and analysis of network measurements from 22 ISPs in Pakistan [ Read more ]