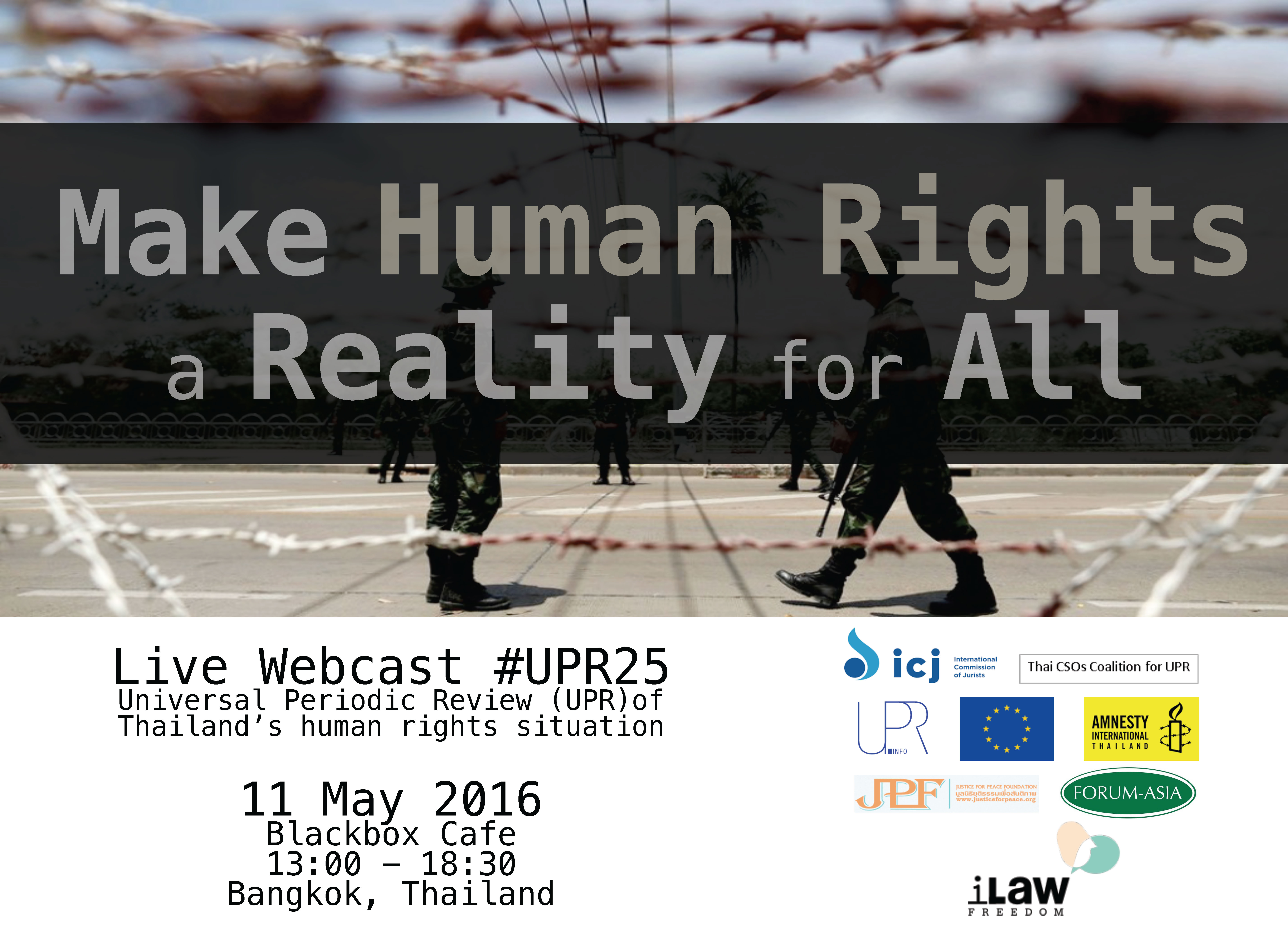 On 11 May 2016, FORUM-ASIA will co-host a live webcast of the Universal Periodic Review (UPR) of Thailand from the United Nations Human Rights Council in Geneva, Switzerland.  The live webcast is co-hosted with Amnesty International Thailand, the International Commission of Jurists, Justice For Peace Foundation, the Delegation of the European Union to Thailand, the Thai CSOs Coalition for UPR and UPR Info.