It is with great sadness that FORUM-ASIA shares the news of the passing of Max de Mesa. Max exemplified what it means to be a human rights defender, dedicating his life to protecting and promoting human rights in his beloved country, the Philippines, but also across Asia and beyond. He had been battling with illness for some years, and unfortunately his condition worsened over the last months. Earlier this week he was re-admitted to the hospital, and sadly succumbed to his illness on Wednesday 28 September 2016.

We want to express our heartfelt condolences to his family and loved ones, in particular his wife Dr. Jenny de Mesa and his children Chris and Karl.

Teodoro (Max) M. de Mesa was born on 1 April 1944. He received his elementary and high school education in Manila, Philippines, after which he studied Philosophy, Theological Studies at the Divine Word Seminary in Tagaytay City, Philippines. Max was ordained as a religious missionary priest of the Society of the Divine Word (SVD) in 1972.

Max served and worked with many human rights organisations, initiatives, and networks over the decades, particularly with the Philippine Alliance of Human Rights Advocates (PAHRA) and the Task Force Detainees of the Philippines (TFDP), both founding member of FORUM-ASIA. He served as an Adviser to the Executive Committee of FORUM-ASIA from 2004-2006, and then was elected for the first time as a member from 2006-2009. At the time of his passing, Max was the Chairperson of PAHRA and an Executive Committee member and Treasurer of FORUM-ASIA.

Max will be greatly missed. We will continue to remember his passion, energy, and inspiring dedication to human rights. We have lost his knowledge, experience and insights, but more importantly we have lost a colleague, partner, and friend. We hope that his family and loved ones will be consoled, if only a little that he will be remembered by many whom he touched over the course of his life. 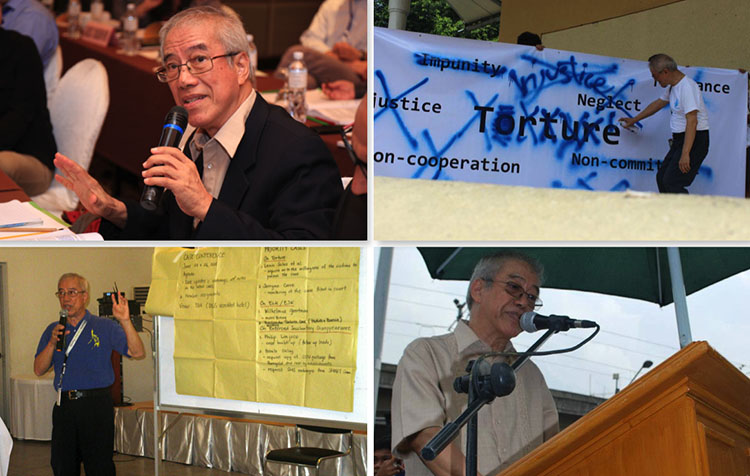