Desecrating Expression – An Account of Freedom of Expression and Religion in Asia
9 December 2016 11:49 am 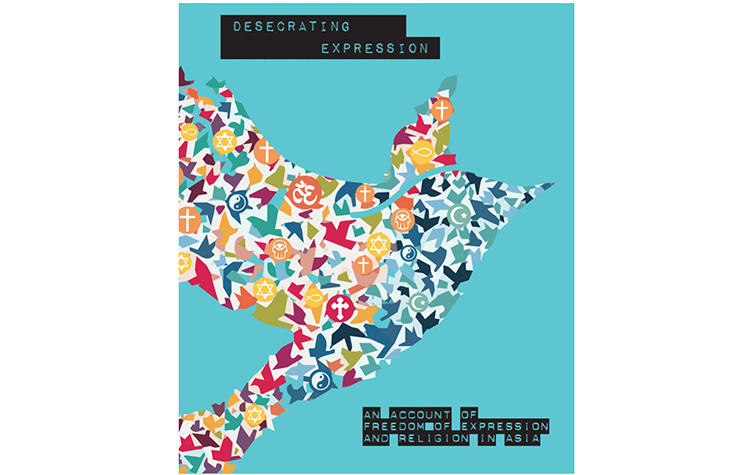 ‘Desecrating Expression – An Account of Freedom of Expression and Religion in Asia’ builds on the global discussion around the intersection between the right to freedom of expression and the right to freedom of religion. The study focuses on nine countries in Asia – Bangladesh, India, Indonesia, Malaysia, Maldives, Myanmar, Pakistan, Sri Lanka and Vietnam – which each have seen a significant number of violations on freedom of expression on account of religion or religious sensitivities in the context of religion. Finally, recommendations are included to ensure the better protection of these rights. The study was the result of the collaboration between Bytes for All, Pakistan and FORUM-ASIA.

The rights to freedom of expression and religion are often portrayed as being in opposition with each other. Across Asia people increasingly find themselves under attack for expressing their religious – or non-religious – belief. Although most Governments in the region formally support for the right to free expression, in practice many minority religious groups or those whose religious belief are not that of the majority find themselves under attack, including violently.

The study shows how States legitimize violence against religious minorities and those who raise voice against injustices. Attacks and violence by non-state actors against dissent are also noted with concern. Key findings of the study refute the common perception that these restrictions are prevalent in Islamic countries, only. As, these violations are also prevailing in countries such as India, Sri Lanka and Myanmar. The study highlights the need to have mutual respect and acceptance to ensure co-existence of beings practicing various religions.