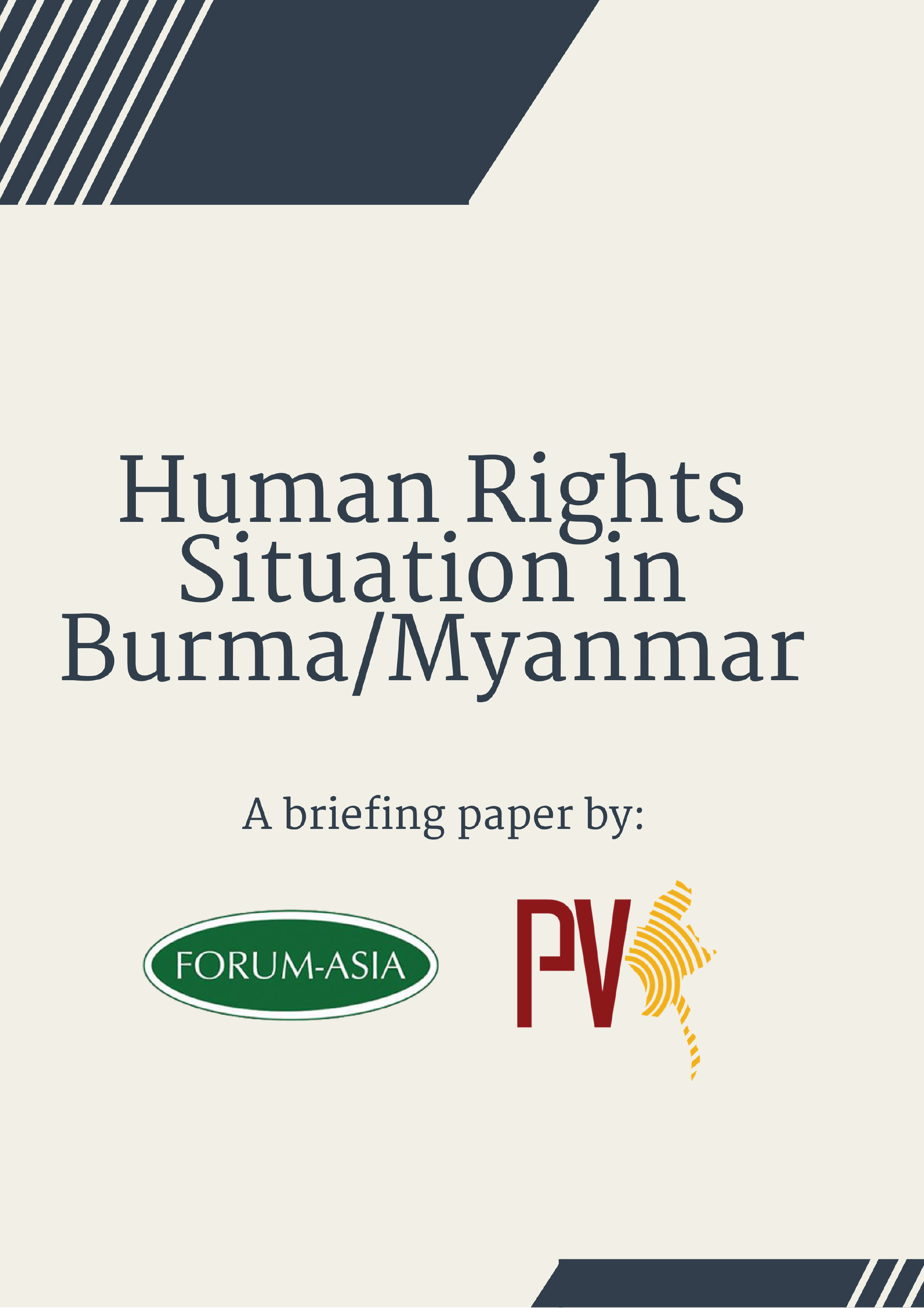 This paper, produced by Progressive Voice and FORUM-ASIA, evaluates how the Burma/Myanmar Government has fared in the past year in addressing human rights issues in the context of recommendations by the United Nations. One year ago, the 31st session of the UN Human Rights Council (HRC) came at a crucial juncture in the country’s history as the newly elected National League for Democracy (NLD)-led Government was about to take charge. The session saw the country’s UPR adoption, a report by the UN Special Rapporteur on Myanmar Yanghee Lee, and Council Resolution 31/24 on the country.  Later in the year, at the 32nd HRC session, the UN High Commissioner for Human Rights, Zeid Ra’ad Al Hussein, released a report on Rohingya and minorities, which was followed by an updated report and set of recommendations by the Special Rapporteur to the 71st session of the General Assembly. Moving into the 34th session of the Council, how much has changed?

After ten months in office, the NLD has struggled to usher in a more comprehensive peace agreement between the Burma/Myanmar Army (Tatmadaw) and the country’s numerous ethnic armed organizations (EAOs). The first of the now biannual 21st Century Panglong Conference was held in August 2016, though it was much more symbolic than substantive. 2016 also saw intensified conflict in several ethnic areas, resulting in disproportionate security lockdowns and human rights violations by the Burma/Myanmar Army, all of which have also served to undermine the trust-building that is central to national reconciliation and peace. Most notably, as the 34th session of the Council opens, Burma/Myanmar finds itself mired in serious and grave allegations of possible crimes against humanity committed by security forces in northern Rakhine against the Rohingya minority.

The overall human rights situation across the country continues to be precarious with democratic space and rule of law still severely curtailed. In the Special Rapporteur’s words, the Government’s response to the country’s human rights problems continues to be “to defend, dismiss, and deny.”[i] While some progress has been made, such as with the repeal of several laws previously used to repress political dissidents, legislative and policy inconsistency with international standards remains pervasive. Furthermore, the implementation of ostensibly progressive laws and policies is continually beset by a discriminatory culture toward ethnic and religious minorities and the Government’s ambitious targets for development, while military impunity continues to be entrenched under the still-unchanged, military-drafted 2008 Constitution.

This paper is divided broadly into two parts, the first dealing with international humanitarian law and human rights law violations in the context of conflict, and the second with fundamental freedoms.

[i] “End Of Mission Statement By Special Rapporteur On The Situation Of Human Rights In Myanmar”. 2017. Ohchr.Org. http://www.ohchr.org/EN/NewsEvents/Pages/DisplayNews.aspx?NewsID=21107&LangID=E.