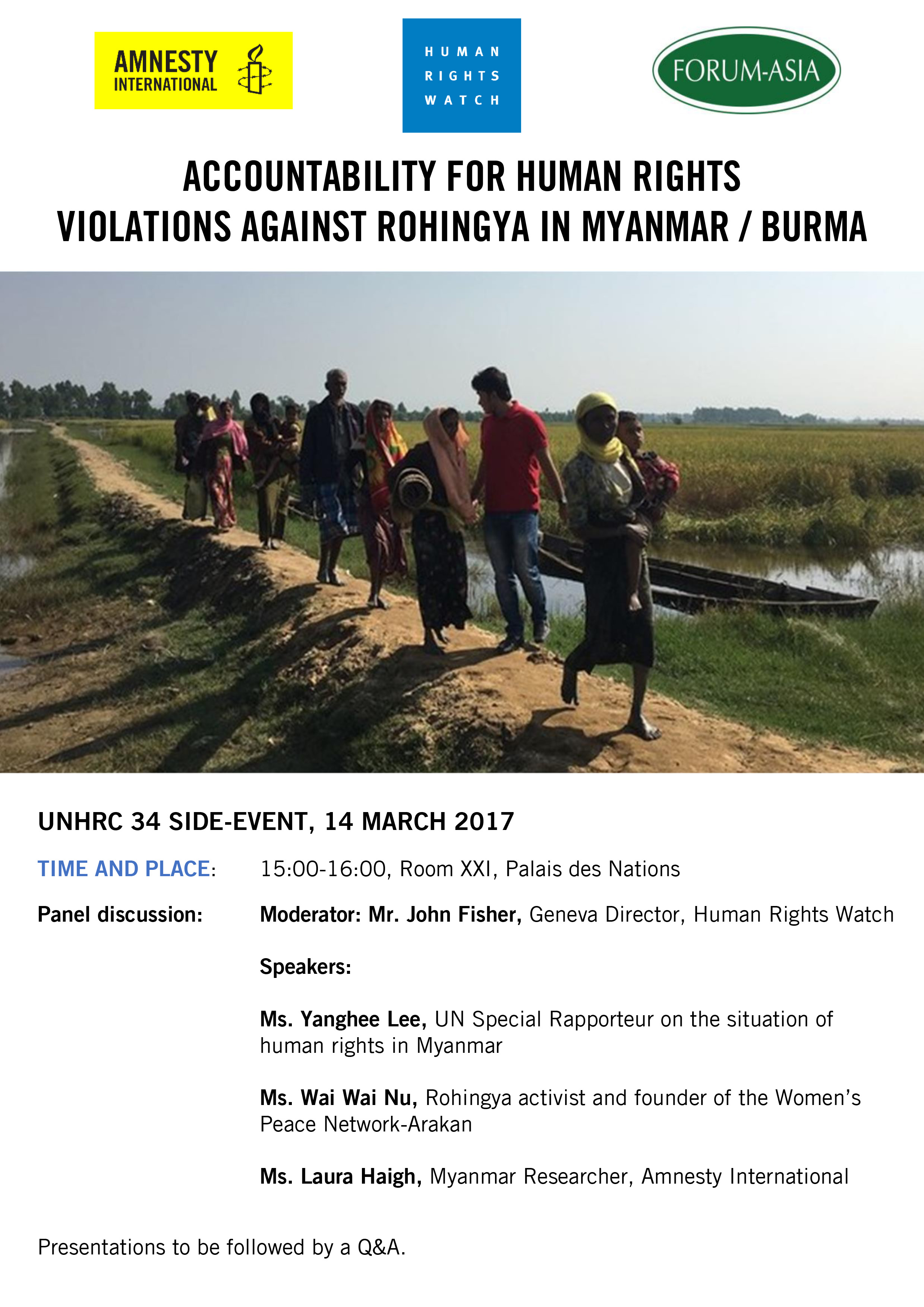 Myanmar’s security forces have waged a campaign of violence against the Rohingya community since armed groups attacked border police posts in northern Rakhine State, Burma/Myanmar in October. Myanmar authorities have largely met allegations of human rights violations with blanket denials: they have accused Rohingya of villagers of burning their own homes and fabricating reports of rape in an attempt to receive greater international aid and attention. State media has published news articles with alarmingly dehumanizing language, alluding to the Rohingya as ‘human fleas’.

On 14 March 2017 from 15:00-16:00 Amnesty International, Human Rights Watch and FORUM-ASIA will host a side event that will discuss accountability for human rights violations against the Rohingya in Burma/Myanmar. The event will take place in Room XXI of Palais des Nations in Geneva, Switzerland.

Yanghee Lee, UN Special Rapporteur on the situation of human rights in Myanmar