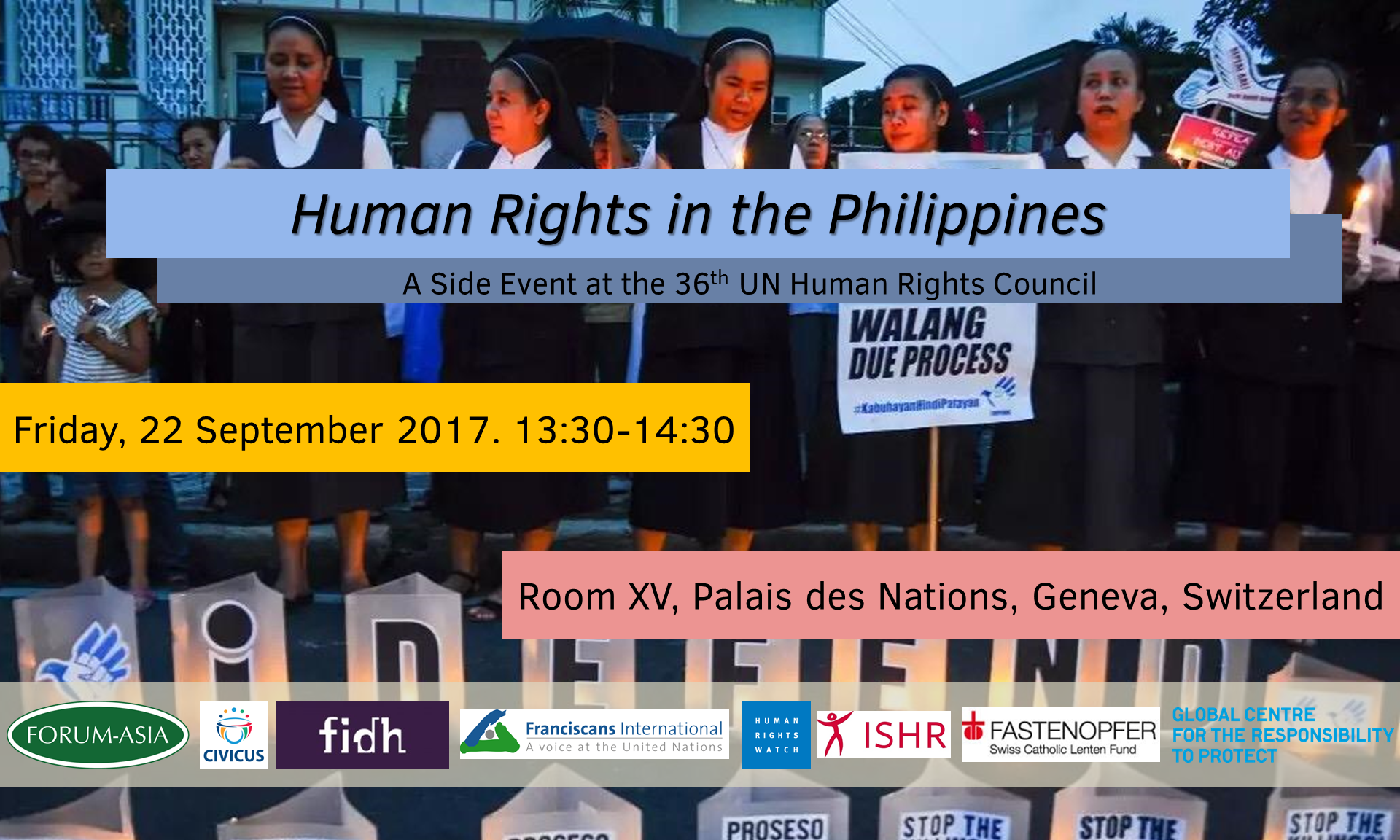 The Philippines underwent its third cycle of the Universal Periodic Review (UPR) in May 2017. Notably, over 45 states expressed their concerns on the Government’s so-called ‘war on drugs’, particularly on the thousands of cases extrajudicial killings that have been recorded. These concerns were further highlighted in a joint statement by over 30 states at the 35th regular session of the UN Human Rights Council in June 2017. The states called upon the Philippines to put an end to and investigate these killings, as well as to provide a safe and enabling environment for civil society and human rights defenders. They further urged the Philippines to positively respond to recommendations received during its UPR.

At the 36th session of the Human Rights Council, the Philippines will respond to these recommendations during the adoption of its UPR report. Following the adoption, representatives from the Philippines’ civil society, religious community, and Commission on Human Rights will deliver their perspectives on the human rights situation in the country, with particular emphasis on issues such as extrajudicial killings, threats against human rights defenders, freedom of expression, and martial law. Panellists will share their thoughts on what the Philippine Government should do to implement its UPR recommendations and how the UN Human Rights Council should follow up in holding the government accountable to its obligations.