From Our Member MASUM, India – Statement: Demise of Asma Jahangir: A Tragic Loss for Human Rights Initiatives in South Asia and the World
13 February 2018 2:59 pm 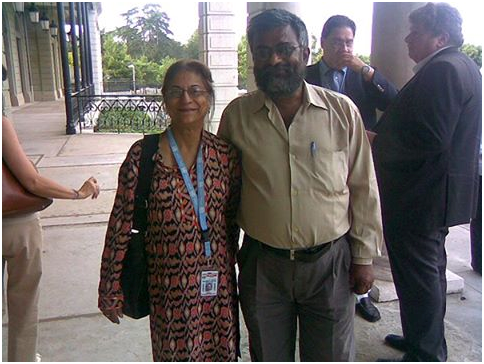 Banglar Manabadhikar Suraksha Mancha (MASUM) is dismayed by the sudden demise of Asma Jahangir in Lahore, after a cardiac arrest on 11 February 2018. Asma Jahangir was known for her commitments and involvement in the field of human rights, democracy, gender equality, peace and justice globally in general and South Asian region in specific.

Born in 1952 and raised in Lahore, Asma Jahangir studied at the Convent of Jesus and Mary before receiving her B.A from Kinnaird and LLB from the Punjab University in 1978. In 1987 she co-founded the Human Rights Commission of Pakistan and became its Secretary General until 1993 when she was elevated as commission’s chairperson. Ms. Jahangir was also co-chair of South Asians for Human Rights. She was appointed United Nations Special Rapporteur on Extrajudicial, Arbitrary or summary executions and later as the United Nations Rapporteur of Freedom of religion or belief. She was put under house arrest and later imprisoned in 1983 for participating in the movement for the restoration of political and fundamental rights during the military regime. She was again put under house arrest in November 2007 after the imposition of emergency rule in Pakistan. She penned two books: Divine Sanction? The Hadood Ordinance (1988) and Children of a Lesser God: Child Prisoners of Pakistan (1992).

Democracy, human rights and resistance against oppression lost a great soldier in South Asia and MASUM lost a friend; who had enthusiastic interest over our activities, success and failures, joy and despairs. Banglar Manabadhikar Suraksha Mancha (MASUM) expresses deep condolences to the family and human rights fraternity. She will be remembered by us for her commitment, energy and in- depth understanding on human rights.