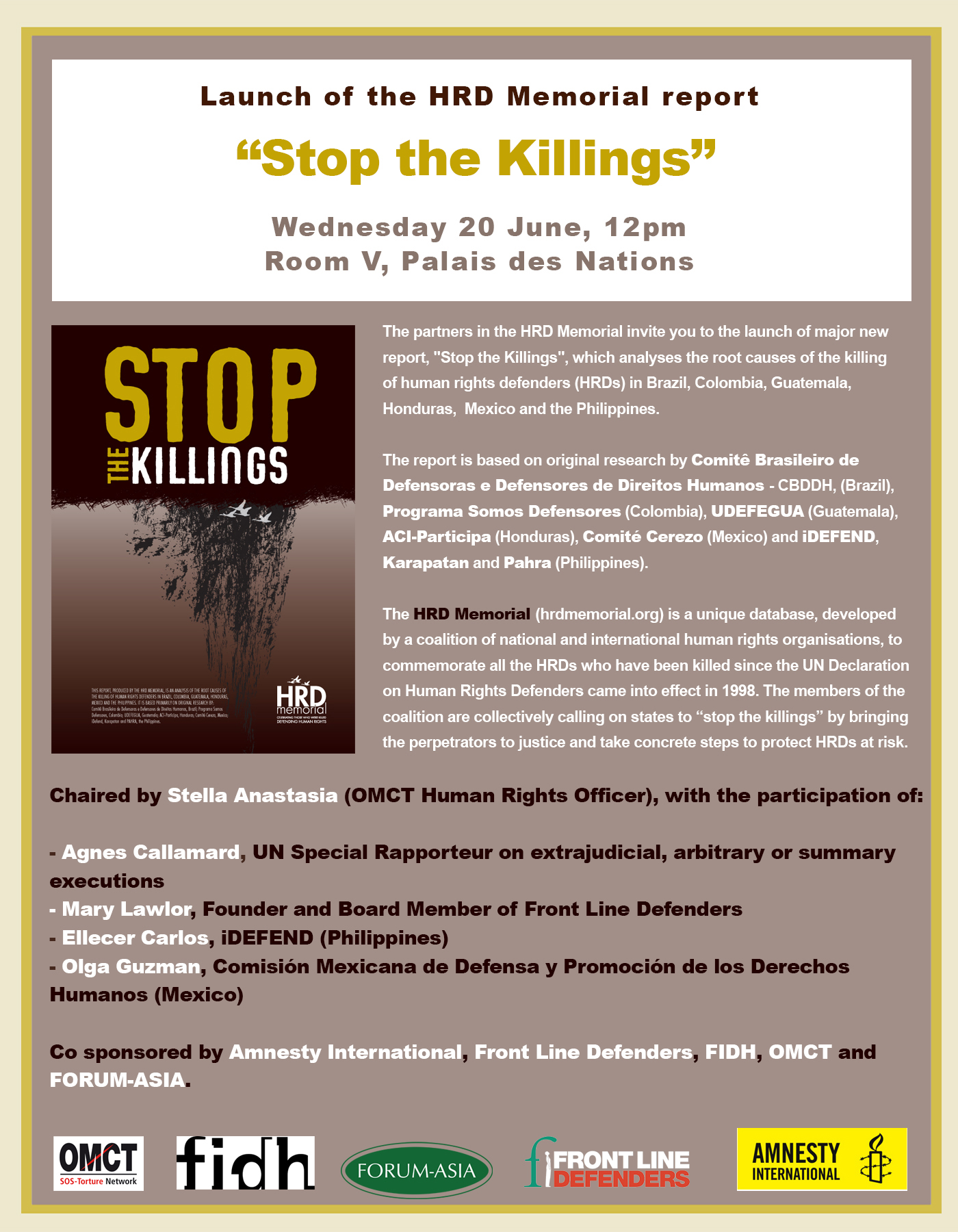 The partners in the HRD Memorial invite you to the launch of major new report, “Stop the Killings”, which analyses the root causes of the killing of human rights defenders (HRDs) in Brazil, Colombia, Guatemala, Honduras, Mexico and the Philippines.

The HRD Memorial (hrdmemorial.org) is a unique database, developed by a coalition of national and international human rights organisations, to commemorate all the HRDs who have been killed since the UN Declaration on Human Rights Defenders came into effect in 1998. The members of the coalition are collectively calling on states to “stop the killings” by bringing the perpetrators to justice and take concrete steps to protect HRDs at risk.

Chaired by Stella Anastasia (OMCT Human Rights Officer), with the participation of: