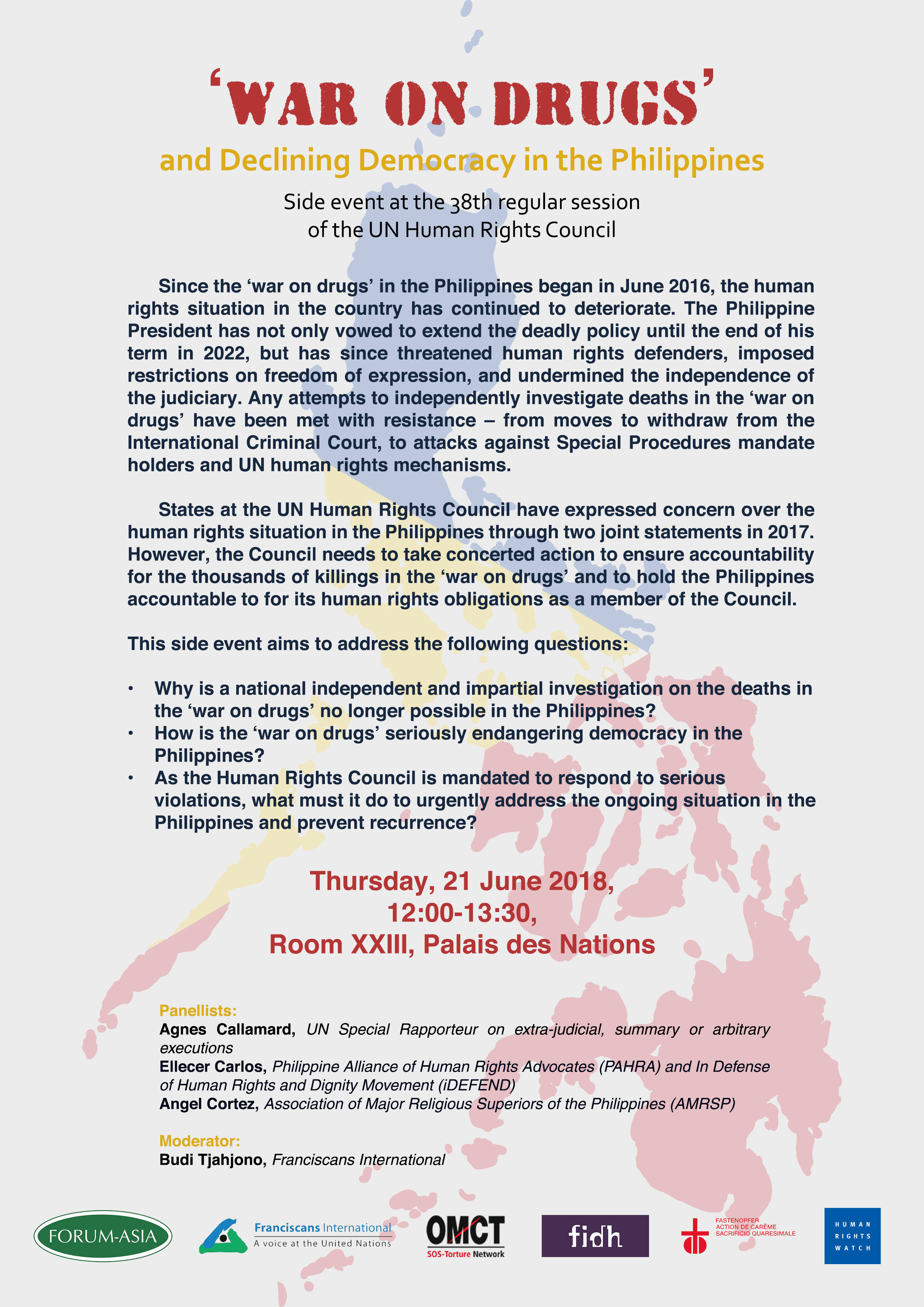 ‘War on Drugs’ and Declining Democracy in the Philippines
Side event at the 38th regular session of the UN Human Rights Council
Thursday, 21 June 2018, 12:00-13:30, room XXIII, Palais des Nations

Since the ‘war on drugs’ in the Philippines began in June 2016, the human rights situation in the country has continued to deteriorate. The Philippine President has not only vowed to extend the deadly policy until the end of his term in 2022, but has since threatened human rights defenders, imposed restrictions on freedom of expression, and undermined the independence of the judiciary. Any attempts to independently investigate deaths in the ‘war on drugs’ have been met with resistance – from moves to withdraw from the International Criminal Court, to attacks against Special Procedures mandate holders and UN human rights mechanisms.

States at the UN Human Rights Council have expressed concern over the human rights situation in the Philippines through two joint statements in 2017. However, the Council needs to take concerted action to ensure accountability for the thousands of killings in the ‘war on drugs’ and to hold the Philippines accountable to for its human rights obligations as a member of the Council.

This side event aims to address the following questions: