ASEAN should uphold the principle of democracy and strengthen its human rights institutions
15 November 2018 2:03 pm 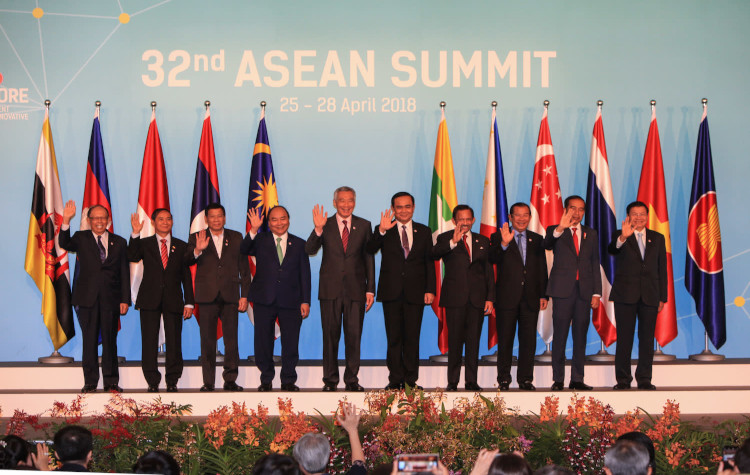 (Bangkok, 15 November 2018) – Today, as the Association of Southeast Asian Nations (ASEAN) concludes its 33rd Summit and hands over its Chairship to Thailand, the Asian Forum for Human Rights and Development (FORUM-ASIA) calls on ASEAN to prioritise the strengthening of democracy and the promotion and protection of human rights and fundamental freedoms in the region in its 2019 agenda.

The ASEAN Charter affirms, in its preamble, the adherence to the principles of democracy, the rule of law and good governance, and respect for and protection of human rights and fundamental freedoms.[1]  It is unfortunate that this commitment has yet to translate into concrete actions. ASEAN Member States shy away from their commitment to promoting democracy and human rights by tightening of restrictions on the vital work of civil society and human rights defenders and their exercise of the rights to freedoms of expression, peaceful assembly and association in their countries. This has led to shrinking democratic and civic space in the region.

FORUM-ASIA reminds all Member States that the ASEAN Vision 2025 envisions an inclusive and responsive community that ensures peoples’ enjoyment of human rights, fundamental freedoms, and democracy.[2] ASEAN must take meaningful action to address pressing human rights concerns and guarantee the safety and security of its people to exercise their rights in a flourishing democratic environment. Thailand, as the Chair of ASEAN in 2019, should take leadership to realise these commitments by putting peoples’ interest at the centre of its agenda next year. Restoration of democratic elections and political process scheduled to take place early next year will demonstrate Thailand’s genuine commitment to building an inclusive and responsive ASEAN community.

When it comes to the current challenge of shrinking civic space and violations of human rights in the region, FORUM-ASIA believes the ASEAN human rights mechanisms have largely been ineffective, particularly the ASEAN Intergovernmental Commissions on Human Rights (AICHR) and the ASEAN Commission on the Promotion and Protection of the Rights of Women and Children (ACWC).

While there have been developments and progress with both mechanisms in 2017, FORUM-ASIA and the Solidary for ASEAN People’s Advocacies (SAPA), through their 8th Annual Report on the Performance of ASEAN Human Rights Mechanisms,[3] highlighted the lack of initiatives and efforts by both mechanisms to be relevant given the current human rights situation, especially the failure to realise its protection mandate, as included in their Terms of Reference.

Nine years after the establishment of the AICHR and eight years in the case of the ACWC, both mechanisms have never systematically addressed human rights cases or complaints that have been submitted by civil society organisations. This protection role, which is very often neglected by the mechanisms, has become more critical than ever, particularly with certain grave human rights violation that have happened since 2017.

It has been particularly concerning to see the failure of the AICHR and the ACWC to respond to human rights violations suffered by the Rohingya, who are subjected to inhumane treatment, including rape and other sexual violence. Despite criticism and efforts made by the international community to seek justice and accountability, the AICHR and the ACWC continue to remain silent.

The two ASEAN bodies have also done little to address prominent issues, such as: the restriction of the freedoms of expression, peaceful assembly, and association; shrinking civic and democratic space; and judicial harassments against human rights defenders, all of which have become trends in the region. There are clear challenges that hinder the AICHR and the ACWC to meaningfully perform their mandate, including: the non-interference principles of ASEAN; lack of political will of ASEAN Member States to uphold the independence and impartiality of the AICHR and the ACWC; and lack of willingness to provide sufficient support and an enabling environment.

FORUM-ASIA therefore calls on ASEAN, under the Chairship of Thailand in 2019, to take meaningful action to restore and uphold the principle of democracy and rule of law in the region, and ensure the implementation of these principles in each of the ASEAN Member States, particularly by creating an enabling environment for its people to exercise their rights, and the repealing of repressive laws.

FORUM-ASIA also calls on ASEAN to prioritise the strengthening of its human rights mechanisms in 2019, including: the urgent need to create complaint mechanisms and to revise the AICHR’s Terms of Reference.[4] Next year will mark the ten-year anniversary of the AICHR and the nine-year anniversary of the ACWC. It is evident that unless bold moves are taken to strengthen the human rights mechanism in ASEAN, questions regarding the real commitment of ASEAN to human rights, democracy, and the rule of law will remain.

[3] FORUM-ASIA, ‘Reasonable Doubt – The Journey Within’ A Report on the Annual Performance of the ASEAN Human Rights Mechanisms in 2017.

[4] For further recommendations, please download the report through https://www.forum-asia.org/?p=27616.