Bangladesh: Stop crackdown on opposition and create a conducive environment for a free, fair and peaceful election
26 December 2018 4:38 pm 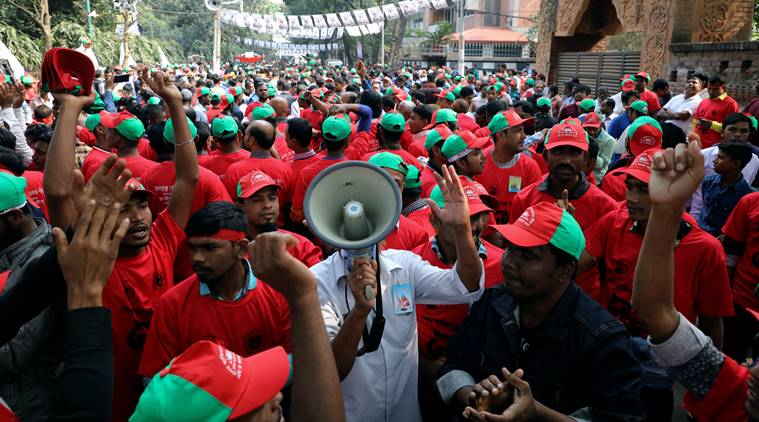 (Bangkok/Kathmandu, 26 December 2018) – The Asian Forum for Human Rights and Development (FORUM-ASIA) is gravely concerned about the ongoing crackdown on political opponents and increasing violence over electioneering ahead of Bangladesh national election on 30 December 2018. FORUM-ASIA calls on the Government of Bangladesh and its law enforcement authorities to enable a conducive environment for a free, fair and peaceful election.

Hundreds of people have been injured and several died in the violent clashes between opposition political forces, supporters of the ruling Awami League, and law enforcement agencies, within 10 days of electioneering campaigns in Bangladesh. The 2018 national election is regarded as the first participatory and democratic election since Bangladesh returned to democracy in the 1990s. The 2014 general election was boycotted by major opposition parties who are part of important contestants this time. However, the current state of violence amid the electioneering campaigns has muted the possibility of a fair and peaceful election as fear of violence prevails in the country.

The civic space in Bangladesh is continuously deteriorating following the crackdown on opposition voices and rampant political violence in the country. According to Odhikar, a local human rights organisation and a member of FORUM-ASIA, 11 people were killed and 461 were injured last month.

It was reported that seven opposition contestants for the national election came under attack by alleged Awami League men in separate incidents.[1] There are allegations that members and activists of the ruling Awami League and its affiliated organisations are enjoying impunity for committing criminal offences that include attacking opposition activists and vandalising opposition party offices and rallies. Bangladesh security forces are also allegedly arresting and intimidating opposition figures and threatening freedom of expression ahead of the coming election.

Supporters of the joint opposition group Okiya Front (United Front) have been highly targeted. According to the opposition Bangladesh Nationalist Party (BNP), the authorities have brought more than 300,000 politically motivated criminal cases against its party members and supporters and thousands have been arrested.[2] The Bangladesh police have been allegedly using excessive and indiscriminate force to contain opposition protests and injuring dozens of protesters every day.

The Government of Bangladesh has also commenced surveillance and monitoring of social media, raising concern over a chilling effect on freedom of expression and dissent. In August, a 25 years old primary school teacher was accused of ‘spreading rumors’ after sharing a Facebook post appealing for caution and peace during a student protest over road safety. Repressive laws such as National Broadcast Act and Digital Security Act are now used to target political opponents, journalists, and social media users. The Government has formed a nine-member monitoring cell to detect rumors on social media and has ordered security agencies to intensify their surveillance of online expression. Dr. Zafrullah Chowdhury, an opposition-aligned public health activist, was arrested for treason on 15 October due to his criticism of the army chief on a television talk show.

The current oppressive and repressive measures ahead of the national election in Bangladesh raise questions on its free and fair manner across the country.

The supposedly independent authority such as the Election Commission has been accused of being highly politicised and biased towards the Government. Last month the Election Commission had arbitrarily cancelled the registration of many human rights organisations including Odhikar as election observer without prior notice. The cancellation order to Odhikar was later quashed by the judiciary. The Commission has been allegedly involved in secretly handing out the names of polling officers to the police and based on names provided, Bangladesh police have been inquiring about which political party the polling officers support.[3] The same month, Election Commission Secretary Helaluddin said in a meeting that election observers will not be allowed to take pictures of or film the polling stations and electoral environment, and they will not be allowed to give interviews to the media, though no such directives are mentioned in the Election Observation Rules. Such conditions show huge doubts on the Election Commission being independent and taking steps to ensure a conducive environment for a free and fair election.

Elections should never be seen as a pretext for the Government to unduly restrict free speech, freedom of peaceful assembly and association. Protests and dissent are powerful means, especially in the context of elections, to give resonance to plurality and people’s will. It is the fundamental duty of the Government of Bangladesh to ensure a peaceful and fair election.

FORUM-ASIA calls on the authorities of Bangladesh, including the Election Commission, to create an enabling environment for a free and fair election by stopping intimidation of opposition voices and taking all peaceful means necessary to stop the ongoing political violence in the country.