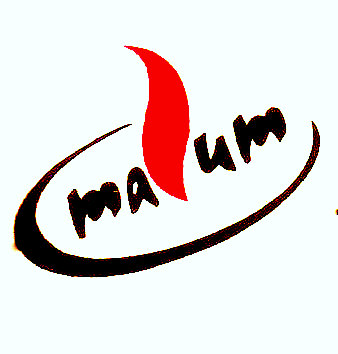 Banglar Manabadhikar Suraksha Mancha (MASUM) strongly protest the hasty and capricious initiative of West Bengal Government to distribute lands among its actual owner at erstwhile Bangladeshi enclaves included within Indian territory on 31st July of 2015 through execution of Land Boundary Agreement between India and Bangladesh. For this purpose of accession/ inclusion, Indian parliament went through 119 Constitutional amendments. The total process of land distribution is with load of ambiguity and in actual term, depriving the erstwhile enclave dwellers from ownership of their own land and an infringement on their righteous possession over inherited/ accumulated landed property. These acts are against the recommendation of Standing Committee of Parliament. As per the joint verification carried out by the Indian and Bangladeshi governments in April 1997, there are 111 Indian enclaves in Bangladesh and 51 Bangladeshi enclaves in India. (https://www.mea.gov.in/Uploads/PublicationDocs/24529_LBA_MEA_Booklet_final.pdf – Page 48-52)

Land Boundary Agreement and its effect

On 31st July, 2015 India and Bangladesh government executed the historic Land Boundary Agreement. The India-Bangladesh Land Boundary Agreement—has implications not only for foreign relations but also for larger questions of human rights and the right to livelihood of more than 100000 people. A land swap agreement was also supposed to give citizenship rights to close to 52,000 people: 37,000 on the Bangladesh side and close to 15,000 on the Indian side (governmental estimation). After execution of Land Boundary Agreement, the total land has been swapped; the erstwhile enclave land with private ownership of erstwhile enclave dwellers from Bangladesh has been included to the Indian territory and government assured the dwellers that the land will be handed over to them by land registration after land survey and checking of land documents but this announcement was not fulfilled, as proper land survey has not been completed and lands were with the government not with its actual owner.

Now, it should be noted that the procedure which was followed by the State Government is arbitrary, unconstitutional and violation of International and domestic legalities.

(1) Before delivering ‘Khatian’ of the lands, no public hearing had been taken place in any of the enclaves. Without public hearing there is possibility of great error in the land distribution process and this process which is followed by the State Government is totally ultra vires of the Constitution of India and Rules and Regulation of West Bengal Land Reforms Act.
(2) In the Raiyat list of the people of Paschim Bakhalir Chara enclave and Batrigach Khanda enclave there a specific name has been scribed as “on behalf of the Government of West Bengal, District Collector” and land allotted 31.01 and 500.51 respectively. Now it should be remembered that on behalf of the State Government District Magistrate of Cooch Behar became the nodal officer in respect of chit lands from 31st July, 2015 and since then the residing people are living here. But when those people get the Khatian in respect of their land, it is viewed that some areas of land are excluded. It should be noted that the Government never take back the amount of lands except according procedure established by the West Bengal Land Acquisition Act. From the activities of the Government, it is clearly viewed that in this respect the Administrative authority never followed this procedure. No notices have been served. The violation of the procedural law is openly exposed here.
(3) In the list it is viewed that the Government of West Bengal/ the Collector of Cooch Behar became the Raiyat in the list specified for the enclave dwellers. The humanitarian law does not support that the District Magistrate become the Raiyat in the lands of the enclave dwellers.
(4) In the list the unit of measurement of land has not been written down. So from the list it is not understandable whether the measurement s in ‘Acre’ or ‘Hector’ and with such faulty documents the procedure of giving Khatian to the residents of enclaves is infringement of procedural law.
(5) There are many problems and irregularities in the surveying of lands. Even there are various areas where the measurement or survey of lands did not take place. So the documents which are issued by the State Government, not copies based on the truth of the land areas. And with such erroneous survey documents the Governmental authority cannot take action to distribute the lands among the enclave dwellers
(6) In the Notice where it is mentioned that if there are any wrong in the entries of the land documents, within one month any residents of enclave dwellers who are received this ‘Khatian’ can fill up a form for objection to the respective B.L.& L.R.O office. But the said notice is issued without any date. It should be mentioned that from the notice we do not get an idea who is the authority to dispatch the said notice? Just only write the word ‘Block Land and land Revenue Officer’ but no area/block or name was mentioned. The procedural faultiness is again exposed and it is derogative of the concerned land laws.
(7) The Land Reforms (Amendment) Bill does not contain about the situation of the dwellers of the temporary settlement camps. They are not received till today any amount of land in the present scenario. The government should mandatorily concerned about the situation of the camps for erstwhile Indian enclave dwellers.
(8) In the Land Reforms (Amendment), Bill Record of Rights (ROR)/ Khatians was not properly amended as to effectively record the names of the share croppers.
(9) In respect of ceiling law, it should be made detailed provision for benami transfer of land.
(10) The Bill states that 18 new Mouzas are created and rest of the amalgamated with the previous 33 Mouzas. But no list is provided in the Bill for showing 18 new Mouzas. Without giving the list of 18 Mouzas, giving of Khatian to the enclave dwellers is also a procedural lacuna of the Government.

From this context it is clearly revealed that the Land Reforms (Amendment) Bill which was passed in the West Bengal Legislative House in a hasty manner is a document which is purely violation of the Constitution of India and thereby binding for the all the state Governments within India. The rights of the enclave dwellers are in peril and the process is designed to snatch the lands from its righteous owners.