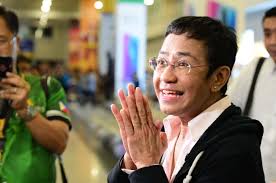 (6 February 2019, Bangkok) – The Asian Forum for Human Rights and Development (FORUM-ASIA) condemns the indictment of the founder of online news site Rappler, Maria Ressa and one of its former reporters, Reynaldo Santos Jr. The two were indicted for cyber-libel under Section 4(c)(4) of the 2012 Cybercrime Prevention Act. This case highlights the ongoing harassment faced by critical journalists and human rights defenders in the country.

The case stems from a complaint filed by a businessman referred to in an article published seven years ago, months prior to the passage of the Cybercrime Law. In its resolution, the Department of Justice argued that the charges apply, as the article was edited in 2014. It also noted that under Article 354 of the Revised Penal Code, ‘every defamatory imputation is presumed to be malicious, even if it be true, if no good intention and justifiable motive for making it is shown.’[1] It argued that the article did not qualify under the set exceptions in the law.

Maria Ressa, a veteran Philippine journalist and a vocal critic of the Duterte administration, is already facing a string of what have been argued politically motivated charges. She faces five counts of tax fraud. A warrant for her arrest was issued late last year. Ressa referred to these as efforts to ‘intimidate and harass’ Rappler.[2] The online news site has released articles highlighting State’s complicity in the violence and deaths resulting from the Administration’s campaign against illegal drugs, its ‘war on drugs’. In response to this, Duterte has called the news site a purveyor of fake news, and has barred a Rappler reporter access to the Presidential Palace.

Threats and harassment against critics continue to characterise Duterte’s regime. It was deemed in a recent report as having the worst level of impunity for harassment and violence against journalists in Southeast Asia, among others because of unresolved killings of and threats against reporters.[3] Aside from verbal threats, and violence from both state and non-state actors, human rights defenders have observed an increase in the use of judicial harassment in efforts to silence criticism and instil fear.

FORUM-ASIA calls for an immediate dismissal of the charges against Ressa and Santos Jr, and reiterates its call for the repeal of the cybercrime laws and other legal provisions that have been used to further harass journalists and human rights defenders. FORUM-ASIA calls for increased vigilance from the international community to hold the Philippines accountable for reprisals against its critics.