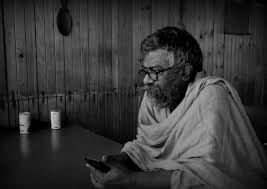 (8 February 2019) – The Asian Forum for Human Rights and Development (FORUM-ASIA) and Front Line Defenders (FLD), strongly condemn the repeated harassment and attacks on the human rights defenders working with Manabadhikar Suraksha Mancha (MASUM) by the Border Security Force personnel of India. Our organisations, call on the authorities to immediately withdraw the fabricated criminal complaints filed against the secretary of MASUM Mr. Kirity Roy, and six other human rights defenders and villagers in Nadia district of West Bengal state.

MASUM, a human rights NGO based in West Bengal, works on the human rights issues in the region, documents and investigates alleged grave violations by authorities committed in and around the Indo-Bangladesh bordering districts of West Bengal.

Bangladesh and India share a 4,156 km long international border, of which 2,217 kms fall within the State of West Bengal. The Indian Government has constructed a border fence with barbed wire and concrete with gates at certain intervals. In reality, this fence has been built within Indian territory across villages that are situated as far as 10-12 kilometers from the actual border. The population within this area face restrictions over movement as a result of this border fence which is controlled by armed officers of the Border Security Force (BSF)

On 27 January 2019 Kirity Roy was a speaker at a public meeting organized by Amra Simantabasi’s (We the Bordering People), at Roypara, Jalangi in the Murshidabad District to address human rights violations by the BSF. While Kirity Roy was at the podium, BSF officers disrupted the meeting, tore down posters put by the local community against BSF violence, and started taking pictures of Kirity Roy and the gathering. The BSF eventually left once the community protested their presence and conduct. On 02 February 2019 the BSF filed a complaint at the Jalangi Police Station bearing case No.95/19.against Kirity Roy and MASUM staff, containing several false allegations.

On 02 February 2019, the Border Security Force (BSF) lodged a furtherFirst Information Report/ complaint at the Chapra Police Station in the Nadia District, against Kirity Roy and MASUM staff following an incident that day, in which Kirity Roy peacefully questioned and protested against the conduct of BSF officers who were preventing around 100 villagers from returning to their homes across the border fence.

The villagers of Hatkhola, Chapra (Nadia District) were returning from a public meeting on legal awareness held on 2 February 2019 a at the Hatkhola Higher Secondary School (High Madrasa) in Hatkhola Chapra village. Kirity Roy was a speaker at this meeting and 3 MASUM staff were also present. Once the meeting was over, around 100 villagers who lived at the other side of the fence in Hatkhola Chapra were stopped by the BSF officers. The BSF informed villagers that the fence only be opened in 45 minutes. On observing the situation, Kirity Roy and his associates asked the BSF officers to open the gate and let the villagers go home because they have not had their lunch. However, the officers aggressively responded to the request and manhandled Roy and his colleagues. The officers tried to snatch their phones and forcibly prevented them from taking picture or recording the BSF officers conduct. The BSF Company commander warned Kirity Roy to take permission next time before he visits the area and also threatened Kirity Roy and MASUM staff with dire consequences if they failed to comply.

Kirity Roy and six other people were sent a notice on 04 February to appear in the police station on 07 February for an inquiry into the FIR lodged against them. They have been accused of multiple criminal offences under section 504, 505(1), 341, 120(A), 186 and 129 of Indian Penal Code (IPC) including non-bailable offences against public peace and criminal conspiracy.

The FIR lodged against Kirity Roy and MASUM staff is the latest incident in a series of targeted attacks and abuses against MASUM and its associates. Shila Bewa, a woman human rights defender and active member of MASUM was harassed and intimidated by BSF officers on 25 January 2019 while putting up posters, campaigning against the abuses by BSF forces in Toltoli village. Bewa started her campaigning after her husband, Imajuddin Mndal, was killed by a BSF personnel on 17 April 2015. Activists and human rights defenders of MASUM have also been harassed, intimidated and framed in false cases by BSF on multiple occasions in 2018.

We are gravely concerned for the safety and security of the human rights defenders working in the border region of West Bengal. Allegations of abuses and misuse of power by the BSF must be promptly investigated.

FORUM ASIA and Front Line Defenders, jointly calls on the Government of India, the Government of West Bengal and the National Human Rights Commission to address the issue of increasing attacks on human rights defenders, such as MASUM advocating for constitutionally guaranteed fundamental human rights. We call for the false and frivolous charges against Kirity Roy, his colleagues and villagers to be immediately withdrawn.