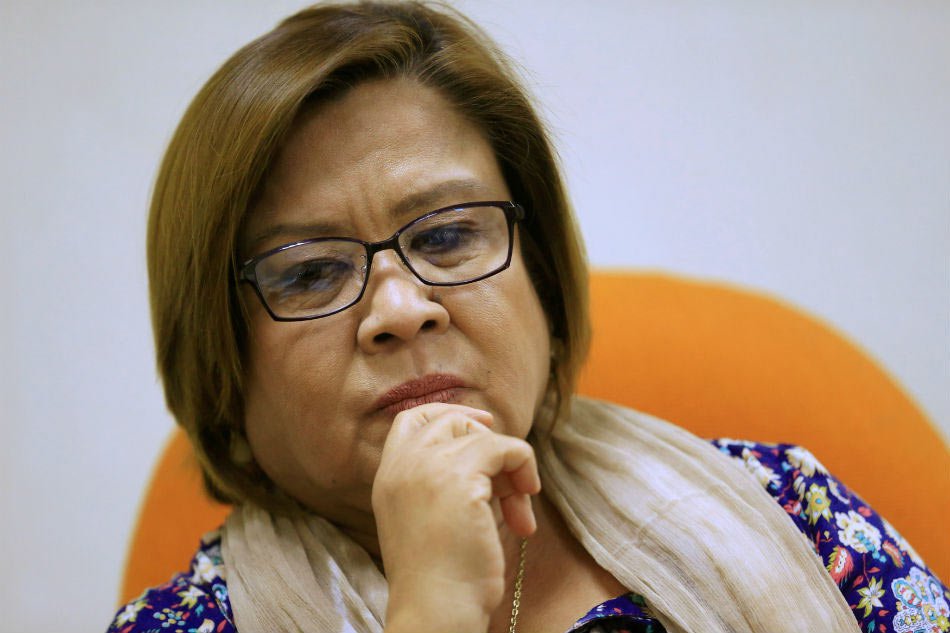 (Manila/Bangkok, 22 February 2019) – The Philippine government should drop the politically-motivated charges against Senator Leila de Lima, a prominent critic of President Rodrigo Duterte’s abusive “war on drugs,” Human Rights Watch, Amnesty International, and FORUM-ASIA said today. De Lima has been arbitrarily detained inside the headquarters of the Philippine National Police since 24 February 2017, in violation of her constitutional rights as a sitting senator and in contravention of international human rights law.

The arbitrary detention and mistreatment of de Lima is emblematic of the deteriorating situation for all human rights defenders in the Philippines, the organizations said.

“Senator de Lima’s two years in custody show the lengths the Duterte administration will go to stifle dissent and threaten human rights defenders who demand accountability for violations,” said John Samuel, executive director of FORUM-ASIA. “The government’s fabricated charges against her only reflect how compromised its institutions have become under the present administration.”

De Lima was the first politician to be targeted by Duterte’s administration after he became president in June 2016. However, de Lima has faced Duterte’s ire since 2009 when, as chairperson of the national Commission on Human Rights, she launched an investigation into extrajudicial executions by the so-called “Davao death squad” in Davao City, where Duterte was mayor for more than two decades.

In August 2016, de Lima, as chairperson of the Senate committee on justice and human rights, started an investigation into the killings that began immediately after Duterte took office. Duterte and his allies in the executive and legislative branches responded with a year-long smear campaign against de Lima, in Duterte’s words, to “destroy her publicly.” Legislators blocked the committee’s investigation and instead started an inquiry into her alleged romantic affairs – even threatening to make public a purported sex video of hers – and her alleged links with people convicted and imprisoned for drug-related offences.

The authorities used her alleged links to imprisoned drug offenders, which rest mainly on the testimonies of these convicted individuals, to justify her arrest and detention in February 2017.

“Senator de Lima is a brave champion of human rights, detained solely for her criticism of the Duterte administration,” said Nicholas Bequelin, Amnesty International’s East and South East Asia and the Pacific Regional Director. “As one of the only leaders bold enough to oppose Duterte’s murderous ‘war on drugs,’ she has faced prolonged arbitrary detention. This is a blatant attempt to silence her courageous voice as she continues to speak out against widespread human rights violations, including thousands of extrajudicial executions of mostly poor and marginalized people.”

The authorities have mistreated de Lima and further violated her human rights whilst in detention. She has been held practically in isolation in Camp Crame, the police headquarters, and rarely allowed visitors. Delegations from foreign governments have been prevented from seeing her or have had a difficult time doing so. She has been denied the use of electronic devices and has only been able to continue to issue press releases and public updates criticizing the “war on drugs” by writing them in longhand.

The pattern of abuse against de Lima is consistent with the administration’s campaign to target and harass critics both in the Philippines and abroad. Those who have spoken out against the “war on drugs” – among them United Nations and European Union officials – have been disparaged and harassed by social media trolls and the government media, often by the president himself. Journalists, most notably Maria Ressa of the news and commentary website Rappler, have been charged with criminal defamation and other politically motivated offenses to intimidate and silence them. Some foreigners have been arrested and deported simply for peacefully expressing their views.

The Duterte administration has rejected numerous calls from various independent organizations, among them the Inter-Parliamentary Union, to release de Lima. It has rejected attempts by United Nations human rights experts to investigate the thousands of extrajudicial executions committed in the context of the “war on drugs” and has threatened the International Criminal Court’s Chief Prosecutor after a preliminary examination into extrajudicial executions was launched.

“De Lima’s prolonged detention is the culmination of President Duterte’s long demonization campaign against a critical sitting senator,” said Brad Adams, Asia director at Human Rights Watch. “These preposterous charges against her should immediately be dropped and the senator released.”