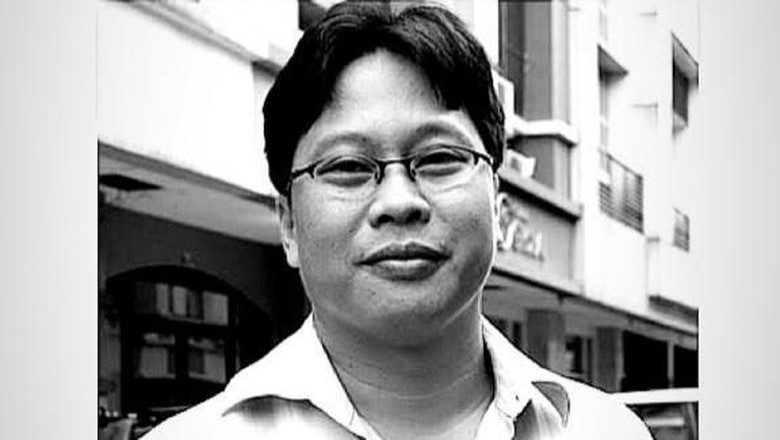 (Bangkok, 7 March 2019) – The Asian Forum for Human Rights and Development (FORUM-ASIA) strongly denounces the arrest of Robertus Robet, academic and human rights defender, last night on 6 March around 23:30. Robet is being accused of criminal defamation under Article 45 (2) and 28 (2) of the Electronic Information and Transaction Law, and of a crime against public authority under Article 207 of the Criminal Code. The charges relate to a speech he gave during a peaceful Kamisan[1] protest on 28 February 2019.

During the peaceful assembly, Robet expressed his concern about a Government plan to amend Article 47 of the Indonesian Armed Forced (TNI) Law, which will allow military officials to hold positions within Ministries.[2]

The proposal clearly goes against the spirit of Article 30 (3) of the Constitution about the role of Military, as well as the 1998 Reform Agenda.[3] Holding a dwifungsi (dual-function) by anyone from the Indonesian Armed Forces poses a serious threat to democracy in Indonesia, as it opens the door for interventions that could stifle political dissent and expression.

On 28 February, an unidentified third person recorded Robet’s speech, cut it, and uploaded it online. He has since publicly clarified his speech, stating that his intention was to convey critics of the Indonesian Arm Forces prior to the 1998 reformation. He further explained that he sees the changes within the Indonesian Armed Force as one of the best examples of the reformation, and apologised for any misunderstanding he might have caused with his previous speech.[4]

The fabricated charges against Robet exemplify the continuous use of repressive laws to suppress the freedom of expression. His arrest highlights that fundamental freedoms are under threat in Indonesia. As a State Party to the International Covenant on Civil and Political Rights (ICCPR), the Indonesian Government has failed to live up to its international obligations by not respecting the freedom of expression. It has also contradicted its commitments made during the Universal Periodic Review in 2017 to ensure full respect for the exercise of the rights to freedoms of expression, peaceful assembly, and association.[5]

FORUM-ASIA stands in solidarity with Robet, and calls for all charges and the investigation against him to be dropped immediately. FORUM-ASIA also urges the Government of Indonesia to revoke or amend all repressive laws that curb fundamental freedoms in the country, particularly the freedom of expression, in line with its international human rights commitments. The Government of Indonesia must ensure all forms of intimidation of human rights defenders cease to occur, as these threaten to undermine democracy and human rights in the country.

[1] Kamisan is a peaceful protest which has been organised once a month since 18 January 2007. It brings together victims of human rights violation in Indonesia and their family members.

[5]  Recommendation 139.51 and 141.58, which enjoyed the support from the Government of Indonesia during the 3rd cycle of the Universal Periodic Review, 2017.