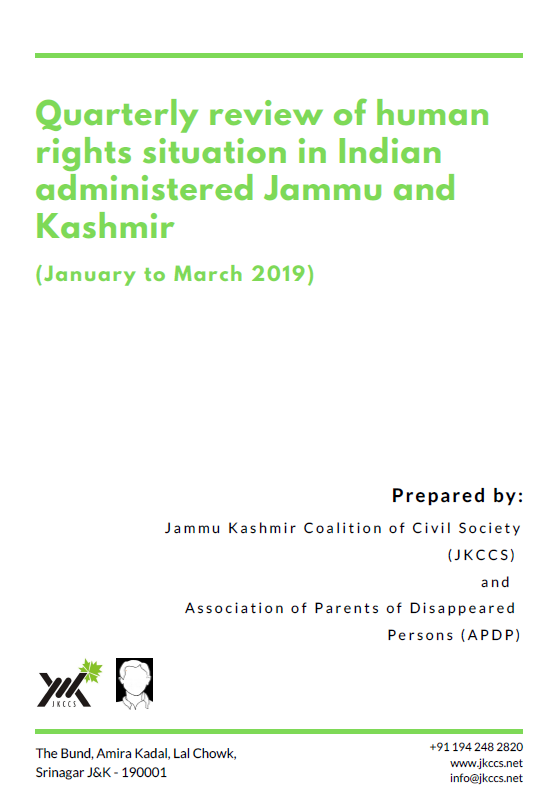 From January to March 2019, the area witnessed continued violence and hightened tensions between India and Pakistan, where Kashmir yet again appeared to be the nuclear flashpoint leading to speculations about an impending war. The tensions escalated when a Kashmiri militant rammed his explosive-laden car into a bus moving with a Central Reserve Police Force (CRPF) convoy on the Jammu – Srinagar highway, leading to the killing of 48 Indian soldiers. India claimed that the attack was sponsored by Pakistan supported militant organization Jaish-e-Muhammed (JeM), which led to the two countries violating each other’s air space. In these ensuing attacks, an India pilot was captured by the Pakistani army and was released after two days by the Pakistan Prime Minister as a gesture of goodwill, which led to the de-escalation of the tensions between the two countries.

But the de-escalation did not lead to any decrease in violence against the people of Jammu and Kashmir. The government of India announced Parliamentary elections, followed by the deployment of 100 additional companies in Kashmir. Mass arrests of political and religious leaders and banning of religious and political organizations was carried out, ahead of the elections in India. Interestingly, Election of Commission of India’s decision to not announce Assembly Elections in Jammu and Kashmir was based on India’s Ministry of Home Affairs (MHA) assessment of not possessing ‘inadequate security personnel’ for conducting elections. The admission by MHA proves that elections in Jammu and Kashmir are a military exercise and are only made possible by the massive presence of armed forces on the ground.