NHRC Jurisdiction will not be weakened: Chairperson Pokhrel

Chairperson Krishna Bhakta Pokhrel of Law, justice and Human Rights Committee under House of Representative said that it is impossible to amend act of National Human Rights Commission by weakening its jurisdiction and administrative capacity.

He was speaking at the program organized by Informal Sector Service Centre (INSEC) in Kathmandu on May 14 on “Proposed provision on amendment of NHRC Act”. He added that some of the issues of amendment draft can be corrected by maintaining the independency and international image of NHRC.

“NHRC is not only led by the national law. This is also directed through international and Paris Principle. Issues against it can be improved”, said chairperson Pokhrel. Pokhrel also said that the discussion with rights activists will be conducted after the committee receives the draft.

Director Murari Kharel of NHRC said that independent law can be made for making the role of NHRC more effective. He added that NHRC must work independently.

INSEC chairperson Dr Indira Shrestha said that draft must be prepared based on the demand of stakeholders and international principle. She also added that the controversial and vague points in the draft must be omitted after the discussion with concerned stakeholders. 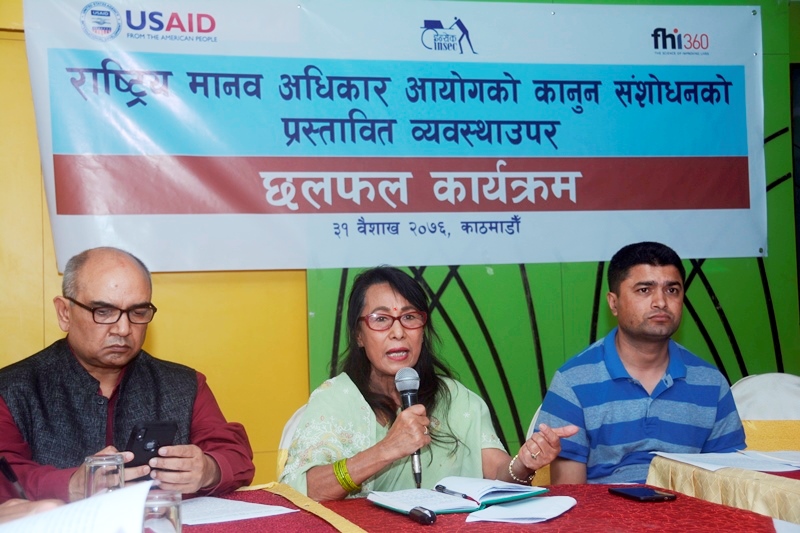 Right activist Charan Prasai showed his concern on the proposed draft and said that this draft will further weakened the commission.

Ram Prasad Subedi , general secretary of NGO federation said that the good  governance is impossible until the society is not strong. He added that the act must be amended based on the recommendation received from the commission. 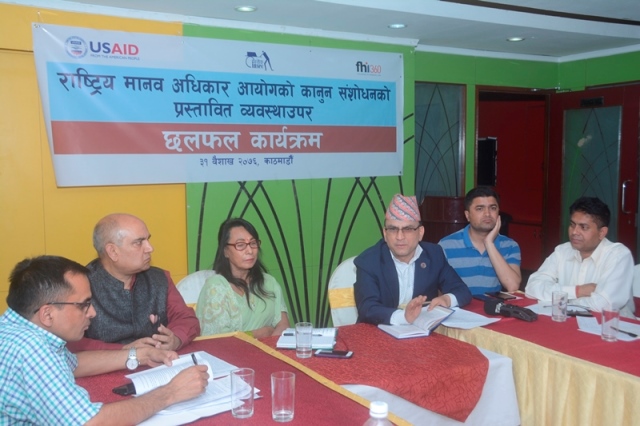 INSEC executive director Bijay Raj Gautam said that everyone must understand be sensitive on the major crux of the commission. He added that commission must be strengthened in order to establish the citizen’s right. 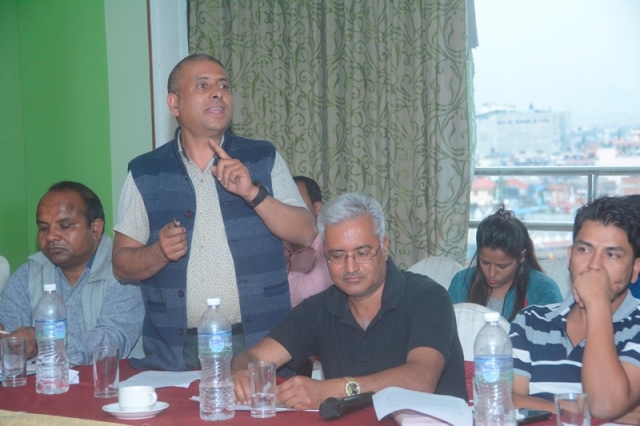 The participants said that the commission had played effective role during armed conflict and Royal regime and stressed that to institutionalize the democracy and for the protection of people’s right, commission’s role will be vital.