‘Be persistent and continue to do what you believe is right without prejudice.’ – Interview with Omer Dawoodjee, new Director of FORUM-ASIA.
5 June 2019 2:47 pm

For this month’s e-newsletter, FORUM-ASIA talked with Omer Dawoodjee, FORUM-ASIA’s new Director who just joined last month. Omer had worked as a journalist for more than nine years and have been engaging with the civil society and UN agencies for human rights issues in Myanmar. In this interview, Omer shared about his experiences working in a challenging environment and the inspiration that keeps him moving forwards in the field of human rights. 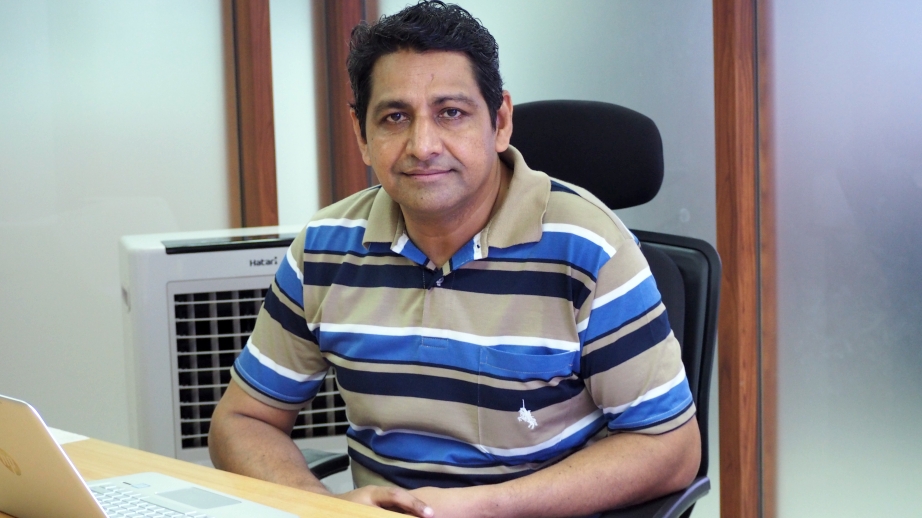 Firstly, I am from Myanmar, and human rights have been a very important issue in the country for many years. I started my career as a journalist, writing many articles on human rights matters, not only related to Myanmar and its neighbouring countries, but also to the region, such as about the Association of Southeast Asian Nations (ASEAN).

Throughout my career, my experience has always been relevant to human rights work. I worked as a reporter in Myanmar Times for nine years before I took up the role as editor of the section on diplomatic affairs. After that I became a political analysist at the United Nations (UN), and coordination officer for the office of UN Resident Coordinator in Myanmar.

Human rights have become increasingly important in the region, especially in emerging democracies. Though there are some success stories, in general the human rights situation in the region is still very challenging. Many people have suffered human rights violations and injustice, something which is still continuing in some countries.

For example, last week I travelled to the Philippines, where people shared stories of many unsettled cases of rights abuses committed during the reign of former dictator Ferdinand Marcos. These stories still matter, even though he was overthrown 33 years ago. At the same time it was inspiring to meet many activists, who are committed to the cause of human rights and development.

Yet, it was a sad occasion for me to represent FORUM-ASIA at an event to pay tribute to late Sister Crescencia Lucero, a well-known human rights and democracy activist leader of the Philippines, who passed away on 15 May.   She was a great inspiration for the human rights movement in the region for the past decades.

Another example would be my home country, Myanmar, which started the process of democratic reform about seven years ago, with a commitment to promote human rights as a part of its effort to consolidate democracy. Since the reform process started, many civil society organisations have emerged, and today they are working with great commitment for the success of the reform.

Those examples exemplify that it will take a long time for things to be settled in the region, and many challenges are ahead of us. This keeps me motivated. The need for support for human rights will always be there and my motivation to work on this issue has been very consistent. As long as there is a need, I would be happy to engage and dedicate my time, if I can contribute to the improvement of human rights in the region.

There are several inspiring moments during my long career. It was particularly inspiring for me to meet prominent rights activists. One inspiring moment for me was during my first time traveling abroad as a journalist for reporting on the ASEAN Foreign Ministers’ Meeting in Vietnam in 2001. It was the time when Timor-Leste was in transition to independence, and I ran into a meeting where a group of journalists were interviewing José Manuel Ramos-Horta, a key figure in the struggle for independence of Timor-Leste and a prominent human rights person. Before that, I only read about his inspiring personal struggle for freedom and human rights.

And in 2015, I witnessed the first democratic elections in more than half a century in Myanmar, a defining moment in the country’s history. It was inspiring on a personal level as a citizen of Myanmar, and as a person who has been involved in advocacy for democracy and human rights for many years.

It was very challenging for journalists to work in a country which did not have a democratic Government at that time. It posed a lot of pressure on us, but at the same time it motivated us to help the country to initiate the process of democratic reform for people to enjoy their fundamental rights. In 2012, Myanmar abolished press censorship. It was a defining moment for many journalists. There was a time when we would never have even imagined that censorship would be abolished one day.

Be persistent and continue to do what you believe is right without prejudice. And do good for the country, that is the most important.

At the same time, young people may have more challenges in our current age. More technologies that they can use to express their views freely, but sometimes these can hurt someone. While doing what we believe in, we need to also think about what kind of messages we are trying to convey. We need to be more thoughtful about the impact our comments have on other people.

We need more people to work in the human rights field, even as challenges are increasing. We still have not solved problems from the past, and new problems keep coming. Therefore, the group of human rights defenders should grow bigger, and more educated young people should join this force.