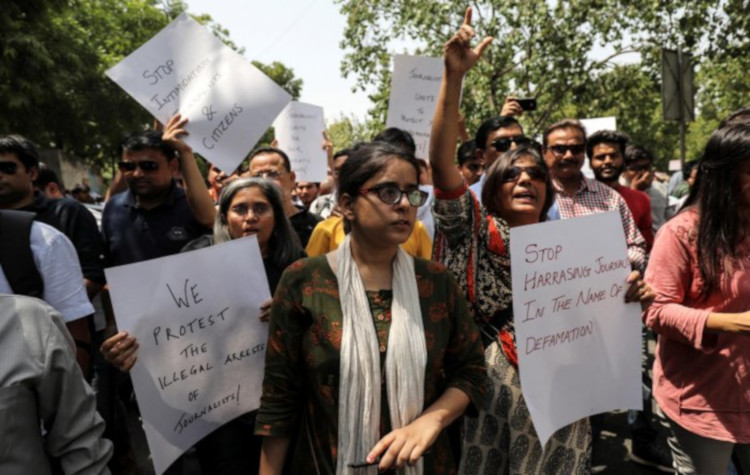 (Kathmandu/Bangkok, 12 June 2019) – The Asian Forum for Human Rights and Development (FORUM-ASIA) strongly condemns the arbitrary detention of several media personnel, being: Prashant Kanojia, a freelance journalist; Ishika Singh, head of the private news channel Nation Live; and Anuj Shukla, an editor of Nation Live. FORUM-ASIA calls on the Government to ensure their immediate release, and to guarantee press freedom and freedom of expression in India.

Police in Uttar Pradesh arrested Prashant Kanojia in plain clothes from his residence in Delhi on 8 June 2019 for a video he shared on Twitter. A case has been filed against him under Section 66 of the Information Act (damage to computer system) and Section 500 of the Indian Penal Code (defamation) alleging he tried to ‘malign’ the Chief Minister, Yogi Adityanath’s image by sharing a news item on Twitter featuring a woman claiming that she was in a relationship with him and that she wanted to marry him. Kanojia shared the video on 6 June accompanied by a mocking remark.[1] The Uttar Pradesh Police issued a press statement which adds two additional charges under section 505 of the Indian Penal Code and Section 67 of the Information Technology Act, which were not included in the original case filed.[2]

On the same evening in Noida, Ishika Singh, the head of Nation Live and Anuj Shukla, an editor of the channel were also arrested for airing a segment covering the same woman making the claims about the Chief Minister. They were both arrested for defamatory content. During the search it was allegedly also found that they were operating without the required licence.

The arrests have been widely condemned, including by the Editors Guild of India, which called it ‘an effort to intimidate the press, and stifle freedom of expression.’[3]

The Supreme Court on 11 June ordered the immediate release of journalist Prashant Kanojia in a response to a habeas corpus writ petition filed by his wife.

FORUM-ASIA deplores the abuse of power and the disregarded for the rule of law, a practice often used to silence human rights defenders and journalists. It is in contravention with the spirit of the Constitution and international human rights law and practices.

FORUM-ASIA urges the Government of India to: