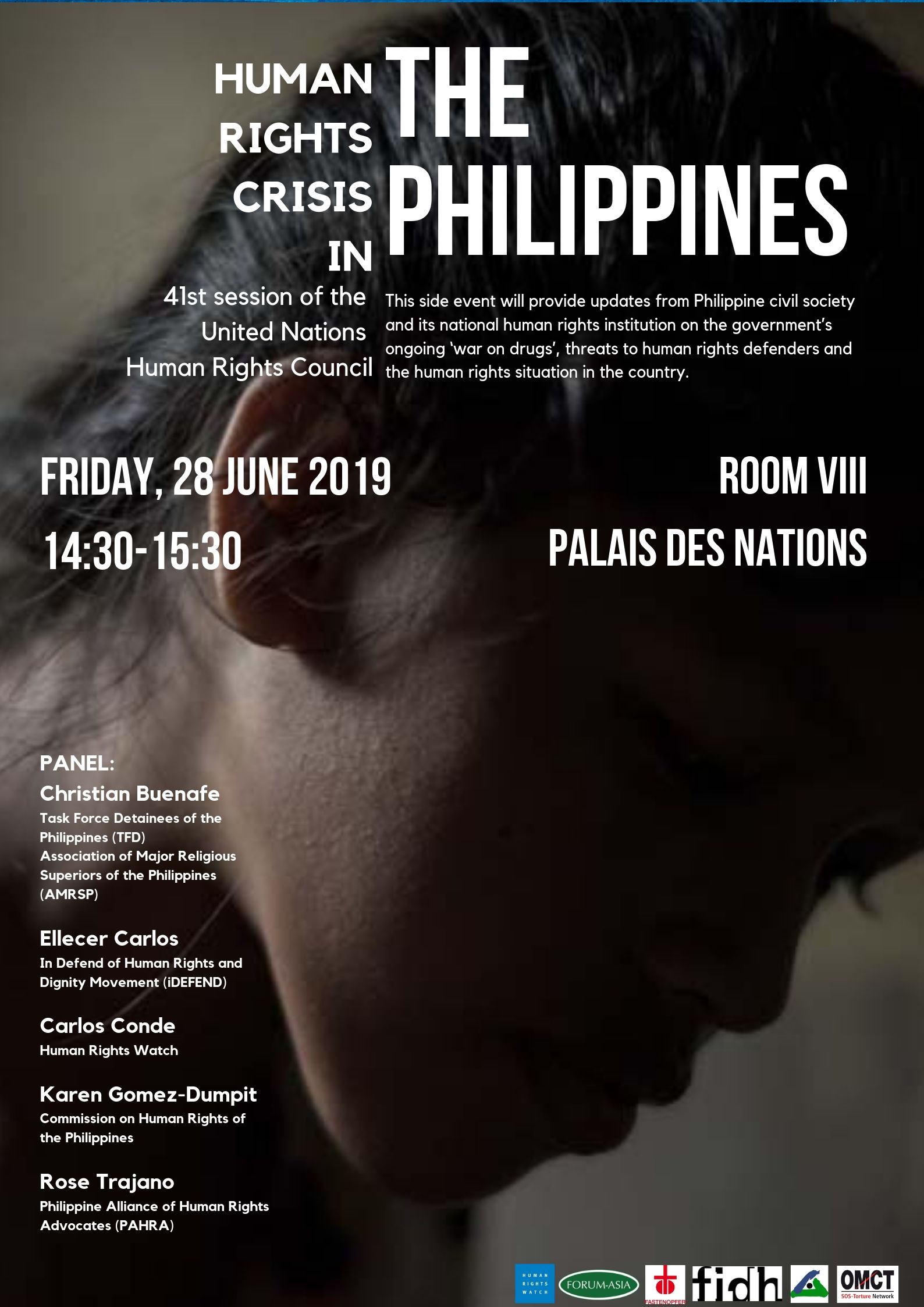 Since the Philippine government initiated its so-called ‘war on drugs’ in June 2016, an estimated 27,000 people have been victims of extrajudicial killings both in police operations and vigilante-style killings.

The Philippines has taken steps to shield itself from any domestic or international accountability for the human rights violations in the context of the anti-drugs campaign, which numerous human rights organisations believe may amount to crimes against humanity. It has aggressively cracked down on human rights defenders, media, and opposition politicians who have reported on or criticised the government’s practices, and taken steps to introduce more authoritarian policies in the country.

Given the lack of accountability for the thousands of deaths in the Philippines and the deterioration of the overall human rights situation, it is crucial that the Council adopt a resolution at its 41st session.

This side event aims to provide updates from Philippine civil society and its national human rights institution on the government’s ongoing ‘war on drugs’, and the threats that they face as human rights defenders.