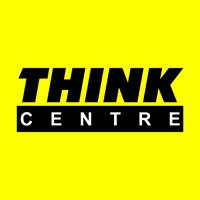 Think Centre expresses grave concerns over the disturbing trend of executions in Singapore in recent years.

It is tragic that Singapore’s amended legislative framework for drug trafficking offences has elicited an increase in the number death sentences carried out. The majority, if not all, of those executed on drug offences since 2014 were due to the failure of the Attorney General Chambers (AGC) to issue a ”Certificate of Cooperation (COC). Absent this certificate, an accused still faces the mandatory death sentence. Otherwise the judge could exercise the option to pass an alternate sentence of life imprisonment rather than the death penalty.

The issue of how and when a COC can be issued is the sole prerogative of the AGC. What is problematic is the trend of those who should rightly be considered socially vulnerable but were executed instead due to their failure to obtain the COC. First, owing to their status as low level couriers, it would be deeply questionable if they were able to provide the level of intelligence that can “disrupt drug trafficking activities”. Second, and even more problematic, is when the cases involved persons who were assessed to have sub or borderline intelligence level, and were found to have played the role of a mere courier.

Any of these two factors would significantly reduce the likelihood of the COC being granted. Further aggravating the situation are the statutory presumptions in the Misuse of Drugs Act which shifts the burden on accused persons to produce the necessary evidence to rebut the presumptions. It is therefore not an exaggeration to think that a person may be condemned to die because he has been deemed un-useful, or was limited by his inherent capacity to assist with his own defense at the point of first trial. While not all executions occurred under this unfortunate matrix of factors, but when they do, the outcome is devastating. Such persons are most indubitably victims of cognitive inequality. The case of Nagaenthran a/l K Dharmalingam (alias Naga) is one perturbing example.

First arrested in 2009, and originally sentenced to the mandatory death penalty in 2010, he spent the next eight years fighting for his life. During this arduous period, his first appeal was rejected in 2011. The sentence was delayed when the Misuse of Drugs Act was amended in 2012 and given effect in 2013. In late 2014, on the occasion of the international human rights day, the public prosecutor informed the court that Naga was not eligible for the certificate of cooperation. The next four years were spent on seeking a judicial recourse in challenging this denial, and to appeal for re-sentencing. It emerged between 2013 and 2017, when Naga was referred for a forensic psychiatric evaluation, that medical experts assessed him to possess a borderline range of intelligence. This essentially meant he could rightfully be described as a person with intellectual disability.

The Singapore government ratified the Convention on the Rights of Disabled Persons on 18 July 2013. Since then, some spotted improvement or developments may be observed in the way that the criminal justice system here manages cases of persons with intellectual disabilities coming into conflict with the law. However any improvement remains to be assessed when it comes to death penalty cases. In Naga’s case, the courts have consistently adopted the position that his disability does not square with the meaning or effect of “abnormality of mind” as defined in the MDA.

International human rights law has recognised that the death penalty should not be imposed on persons with mental or intellectual disabilities. It also calls for laws and sentencing guidelines to be developed or amended to prohibit the imposition of the death sentence on such persons and their execution. In lieu of such needed developments in Singapore, and with his final judicial appeal for re-sentencing denied earlier on 27 May 2019, Naga’s final recourse lies with petitioning the President for clemency. This however presents another worrying challenge.

Disturbingly, his chances of success are reasonably cast in doubt, if we observe the case of P. Pannir Selvam. Pannir was arrested in September 2014 and convicted in 2017 for trafficking 51.84g of diamorphine. Like Naga, he was denied the certificate of assistance by the public prosecutor despite the best efforts by him and his family who worked hard to provide information to the Singapore authorities.

His clemency petition to the President was rejected earlier in May this year on the advice of the Singapore Cabinet. The troubling aspect stemmed from the manner such grave news was communicated to his family. They received both letters dated on the same day – 17 May – from the President’s office informing of the clemency denial, and the letter from the Singapore Prison Services informing of his scheduled execution on 24 May.

Pannir narrowly gained a reprieve when the court granted a rare leave for him to challenge his execution based on this troubling circumstance. This sliver of hope is overshadowed by the disturbing revelation that as many as 13 clemency petitions have already been rejected by the President, as shared by Mr. N. Surendran the legal adviser to Malaysia based Lawyers for Liberty. It is a sombre fact that Singapore has not seen any clemency granted for the past twenty years since 1998.

Keen observers of the death penalty’s application in Singapore will know that the weight of granting clemency derives from the Cabinet’s prerogative. In a 2003 BBC interview, the then Prime Minister Goh Chok Tong infamously said, “Each execution comes to the Cabinet and we look at it. If we decide that a certain person has got to be executed, he is executed.”

To date, we have yet to witness any evidence that would suggest the President possess the powers to decide independently from the Cabinet’s advice.

Think Centre reiterates our longstanding belief that the death penalty is a cruel, inhuman and degrading punishment. We oppose the use of capital punishment in all circumstances, and especially the mandatory death penalty for non-violent crimes in the case of drugs offences. It has no place in any society that wants to pride itself as being modern, developed and civilised. The death penalty in Singapore today is an anachronistic and incongruous practice; it should only be as fashionable as the ongoing bicentennial commemoration – not to be celebrated, but to be remembered only as a part of history.

For a PDF version of the press release, click here.