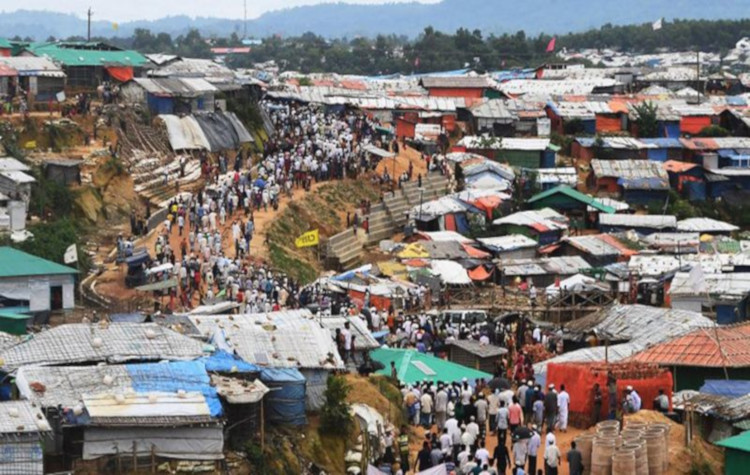 (Kathmandu/Bangkok, 13 September 2019) – The Asian Forum for Human Rights and Development (FORUM-ASIA) expresses its deep concerns over the shutdown of 3G and 4G services in the Tekhnaf and Ukhiya camps, in Cox’s bazaar. This shutdown has grave consequences for the rights of the Rohingya people, as it restricts their freedom of expression, their freedom of movement and blocks access to vital emergency and humanitarian services.

Cutting off the only connection that many refugees have with the outside world, including family and loved-ones still under threat back in Myanmar, further increases their vulnerability and isolation. It also restricts the possibilities of monitoring their situation by developmental, aid and human rights organisations.

On 1 September 2019, the Bangladesh Telecommunication Regulatory Commission instructed operators to shut down mobile phone and Internet services for almost one million Rohingya refugees living in the Cox Bazar area.[1] 3G and 4G connections have been shut down since then. Only 2G services are still allowed. The movement of the refugees within the camps has also been restricted.

These Internet and movement restrictions were intensified after another attempt by the Governments of Bangladesh and Myanmar to forcefully repatriate the refugees to Myanmar earlier in August failed. This was followed by a demonstration on 25 August, which observed the two-year anniversary of their exodus from Myanmar, and the subsequent killing of several refugees, including a local political leader belonging to ruling party.[2]

Rohingyas have faced mass atrocity crimes, which forced them to flee to Bangladesh in 2017. Earlier attempts to repatriate Rohingya refugees also failed, as they declined to go back to Myanmar without guarantees of citizenship and physical security.

Several civil society organisations have been asked to halt their activities in the refugee camps. The Bangladesh Government suspended the activities of 41 non-governmental organisations on 31 August, and ordered them to close operations alleging violation of terms and conditions.[3]

On 3 September 2019, the US-based Adventist Development and Relief Agency (ADRA) and local Al Markazul Islami were ordered to immediately halt their operations across the country for supporting the demonstration by the Rohingya refugees.[4] A total of 139 non-governmental organisations have been operating in the Rohingya camps since the Rohingya crisis began in August 2017 as per government records.

It is also reported that Bangladeshi security forces have shot dead at least 34 Rohingya over the past two years for their alleged involvement in drug trafficking.[5]

FORUM-ASIA believes that this series of intensified restrictions aim to coerce the Rohingyas to return to Myanmar before the Myanmar Government ensured minimum conditions for their safe and dignified return, including guarantees of citizenship, security, fundamental freedoms and access to basic services. This is combined with hate campaigns online targeting the Rohingyas, which intend to further victimise, in spite of their rights and entitlements. A communication shutdown bolsters this hatred into a one sided narrative, excluding the Rohingyas.

FORUM-ASIA calls upon the Government of Bangladesh to immediately restore mobile Internet connectivity in the camps, and ensure freedom of access to online communication in line with international human rights standards and practices.