‘It is our responsibility to protect our rights and ensure we are all treated equally and justly’ – interview with Khin Ohmar, Founder and Chair of Progressive Voice
10 October 2019 1:10 pm

For this month’s e-newsletter, FORUM-ASIA talked with Khin Ohmar, Founder and Chair of Progressive Voice, an associate member of FORUM-ASIA based in Thailand. In this interview, Khin Ohmar talks about her experiences as a human rights activist from Burma/Myanmar and the inspiration that keeps her going. 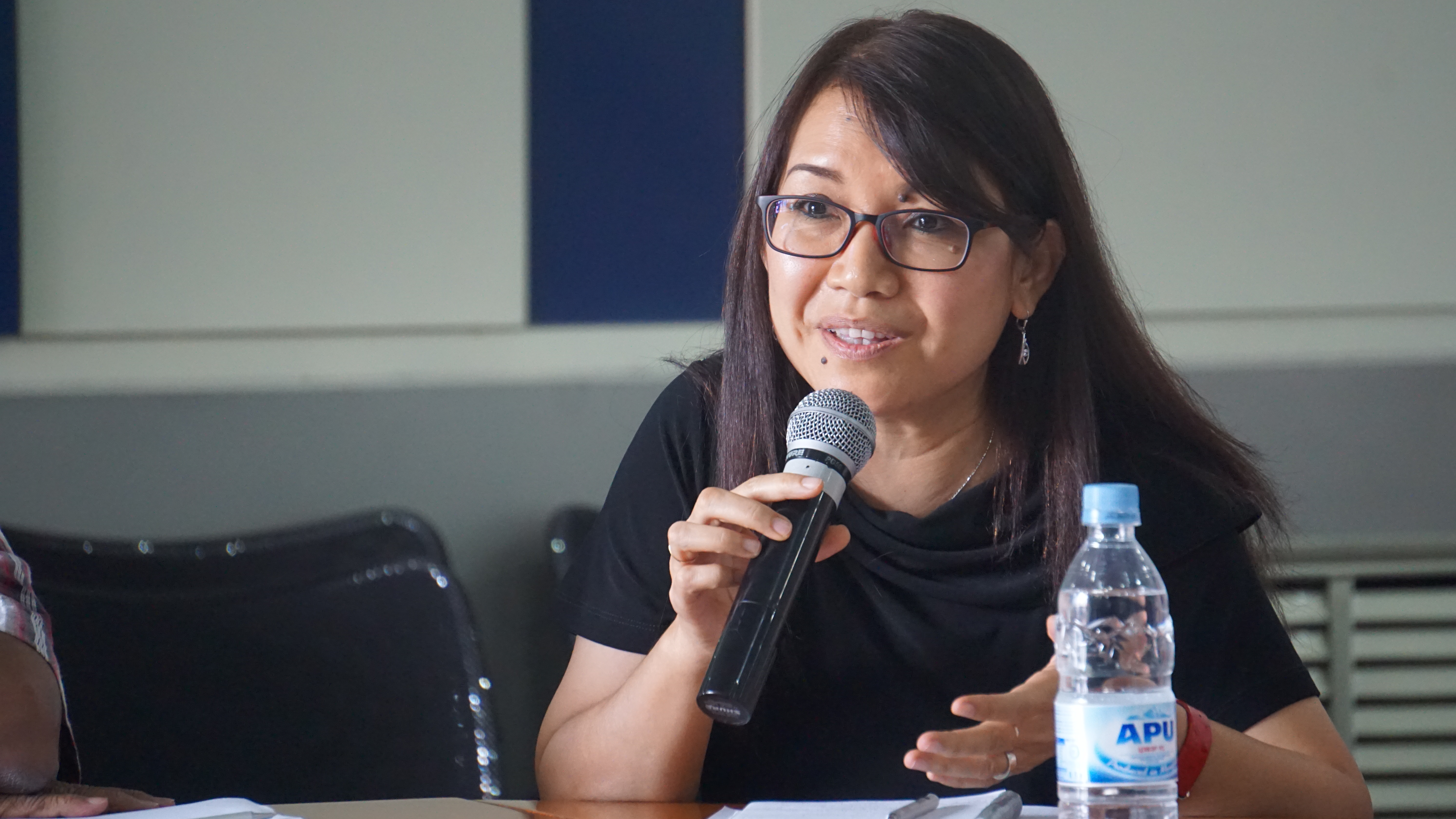 I have been a democracy and human rights activist for the past 31 years. First, as a university student, I became involved in the student demonstrations against the military dictatorship in Burma in the early months of 1988.[1] Later I became involved in the organisation of the 8888 nationwide democracy movement to topple the military regime. In the aftermath of the military’s brutal crackdown on our democracy uprising, I left the country and settled in the Thai-Myanmar border, where I continued my activism from exile.

During the 1990s, while residing in the U.S., I joined the global movement for a Free Burma. We organised a number of international and regional campaigns, protests, and media coverage to gain international momentum and solidarity for the democracy movement and for the freedom of political prisoners.

In 1998, I returned from America to the Thai-Myanmar border and re-joined the border-based democracy movement to continue my human rights and democracy activism closer to home. From then on, I was involved in the founding of and served in leadership roles in a number of civil society organisations and networks, including the Burmese Women’s Union, the Network for Democracy and Development, the Women’s League of Burma, the Forum for Democracy in Burma, Burma Partnership, and Progressive Voice.

While focusing on Burma/Myanmar, I was actively involved in the civil society movement engaging with the Association of Southeast Asian Nations (ASEAN) to advance the human rights agenda in ASEAN. This is where I came to be involved with FORUM-ASIA. It started with organising the ASEAN Civil Society Conference and participating in the civil society-led drafting of the ASEAN People’s Charter in response to the ASEAN Charter, which included inputs on the creation of the ASEAN Intergovernmental Commission on Human Rights (AICHR). Since then, I have actively been involved with the regional network, which support the annual ASEAN People’s Forum/ASEAN Civil Society Conference.

In addition, I joined many regional initiatives, including the ASEAN People’s Advocacy (SAPA) (previously known as the Solidarity for Asian People’s Advocacy), the Global Partnership for the Prevention of Armed Conflict – South East Asia (GPPAC-SEA), and Innovation for Change (I4C).

My motivation is based on my personal belief that as human beings, we are all equal regardless of whatever differences there might be between us based on race, religion or social status. It is our responsibility to protect our rights and ensure we are all treated equally and justly while we also need to treat others equally and justly – the same way we want to be treated.

Since I was young, I cannot tolerate people bullying, exploiting, discriminating, or doing injustice to others. I questioned our cultural and social norms, whenever I felt inequality or discrimination. For example, the role of gender in religion makes me feel a strong sense of injustice and inequality, and I believe that it should be changed for the betterment of our society.

At first, I joined the student protests because I could not tolerate the brutality and violence that I had learnt about, but when I witnessed the same violence and brutality imposed on me and other people, it became crystal clear to me that it would not be possible for me to live in peace in this life without fighting against this injustice and brutality.

This strong and deep sense of belief in the fight for rights has kept me going for all these past 31 years, non-stop. And this motivation has not been compromised, not even a bit. In fact, it has become even firmer with a deeper understanding and better strategies to carry on with this mission.

One of the most inspiring moments in the past was in 2009 when we carried out the campaign, ‘Free Burma’s Political Prisoners Now! (FBPPN!).’ It was initiated and spearheaded by the Assistance Association for Political Prisoners (Burma) and the Forum for Democracy in Burma. The campaign was joined and supported by hundreds of local, regional and international civil society groups, including FORUM-ASIA, as well as political coalitions and networks around the world. It was inspiring as the campaign was overwhelmingly supported by the global community, as well as pan-ethnic women and youth groups, and it was launched in many countries across all continents. The petition called on the UN Secretary General to pledge support to free Burma/Myanmar’s political prisoners as a priority. It received nearly 700,000 signatures from more than 65 countries in three months. These 700,000 signatures were personally delivered to the UN Secretary General’s office in New York.

This collective campaign weighed significantly on the UN and international policy makers to continue to place the issue of political prisoners as a top priority on the human rights agenda in Burma/Myanmar until today.

There are so many challenges. But one major challenge I have experienced since the Rohingya crisis in 2017, is to find out some fellow human rights activists turned out to be unable to uphold the human rights principles when it came to protecting or defending the rights of minorities, and some even went as far as supporting the military’s ‘clearance operations’ against the Rohingya community.

This demoralised me, but I dealt with this by carrying on with my belief and with a clear conscious. I continue to focus on advocating for an end to military impunity and for justice and accountability for the victims and survivors.