Bangladesh: Ensure justice and accountability for the killing of Abrar Fahad
11 October 2019 11:35 pm 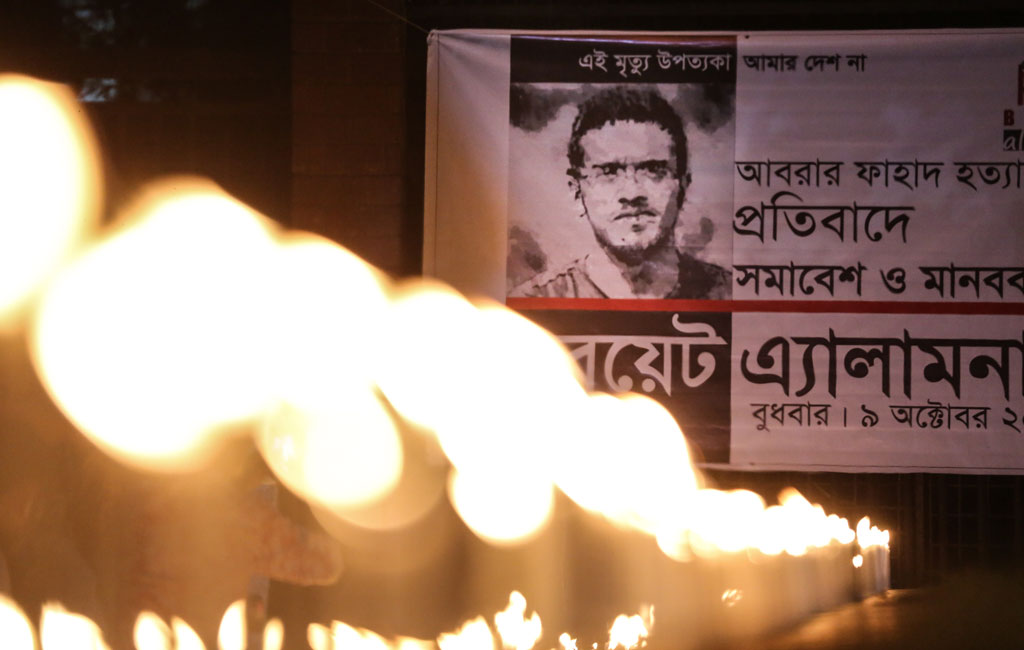 (Kathmandu/Bangkok, 11 October 2019) – The Asian Forum for Human Rights and Development (FORUM-ASIA) strongly condemns the killing of Abrar Fahad, a student of the Bangladesh University of Engineering and Technology (BUET). He was allegedly beaten to death by members of Chhatra League, the student wing of the ruling party Awami League, following his Facebook post criticising a bilateral agreement between Bangladesh and India on 5 October.[1] This post went viral on social media.

On 6 October, Abrar was interrogated and tortured by members of Chhatra League. Abrar’s phone was confiscated and his social media accounts were scrutinised. He died from injuries in the early hours of Monday.  A CCTV footage indicates that three youths carried his body at midnight along with others following them.  Abrar’s father has filed a case and 13 people have been arrested so far. Meanwhile, the Bangladesh Telecommunication Regulatory Commission (BTRC) ordered blocking of a webpage containing over 150 complaints regarding abuse in BUET.[2]

The death of Abrar has stirred public outcry in Bangladesh and condemnation from the international community. The abuses by Chhatra League in forms of harassment, criminal intimidation, and extortion are often reported and there is seemingly no attempt from the Government to hold these perpetrators accountable. The killing of Abrar exposes not only crimes committed by the Chhatra League, but also the dysfunctions of the institutions of the country, including the law enforcement agencies and the judiciary.   It also indicates that freedom of expression in Bangladesh has been severely challenged because of the shrinking civic space.

FORUM-ASIA calls for a thorough, impartial, and transparent investigation into the killing of Abrar Fahad and to bring perpetrators to justice. The Government of Bangladesh must ensure that free expression is respected and protected as a fundamental right and end impunity in the country.