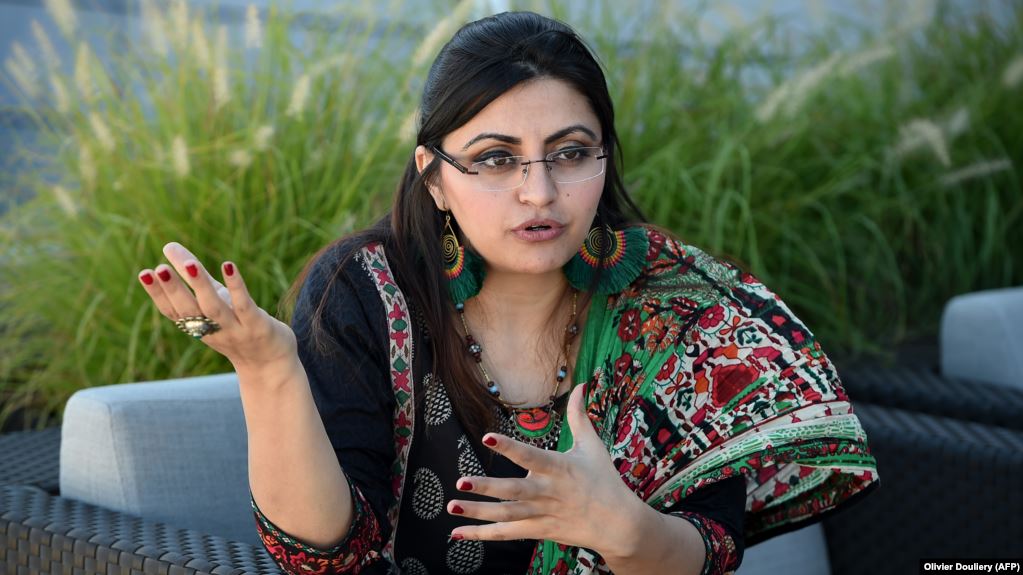 Gulalai’s family has been facing harassment, intimidation and threats since Gulalai was accused of defamation and sedition, among other charges, in May 2019. There also are reports of serial raids carried out in her residence.[2] Security forces are alleged behind these acts of threats and intimidation.

Gulalai is the founder of Seeds of Peace Network and the co-founder of Aware Girls. Her activism on women’s rights and the rights of the Pashtun ethnic minority in Pakistan has made her a target of attack by both state and non-state actors. Last month she escaped Pakistan and sought asylum in the United States.

In Pakistan, there is a continuous trend of crackdown on ethnic Pashtun and Baloch rights movements in the provinces of Balochistan and Khyber Pakhtunkhwa, where the military enjoys discretionary executive and judicial power. The excessive use of power and lack of accountability have led to illegal detentions and extrajudicial killings of the ethnic minority in these provinces. Human rights defenders vocal on these issues often face threats, and risk their lives and liberty. Targeting the family members of human rights defenders has been used as a tactic to silence dissenting voices and threaten freedom of expression in the country.

As there is a pattern of abduction often leading to enforced disappearances in Pakistan, FORUM-ASIA urges the Government of Pakistan to take immediate measures to investigate the whereabouts of Muhammad Ismail and ensure his security. FORUM-ASIA also urges authorities to take necessary measures to hold those responsible to account.

For a PDF file of this statement, click here