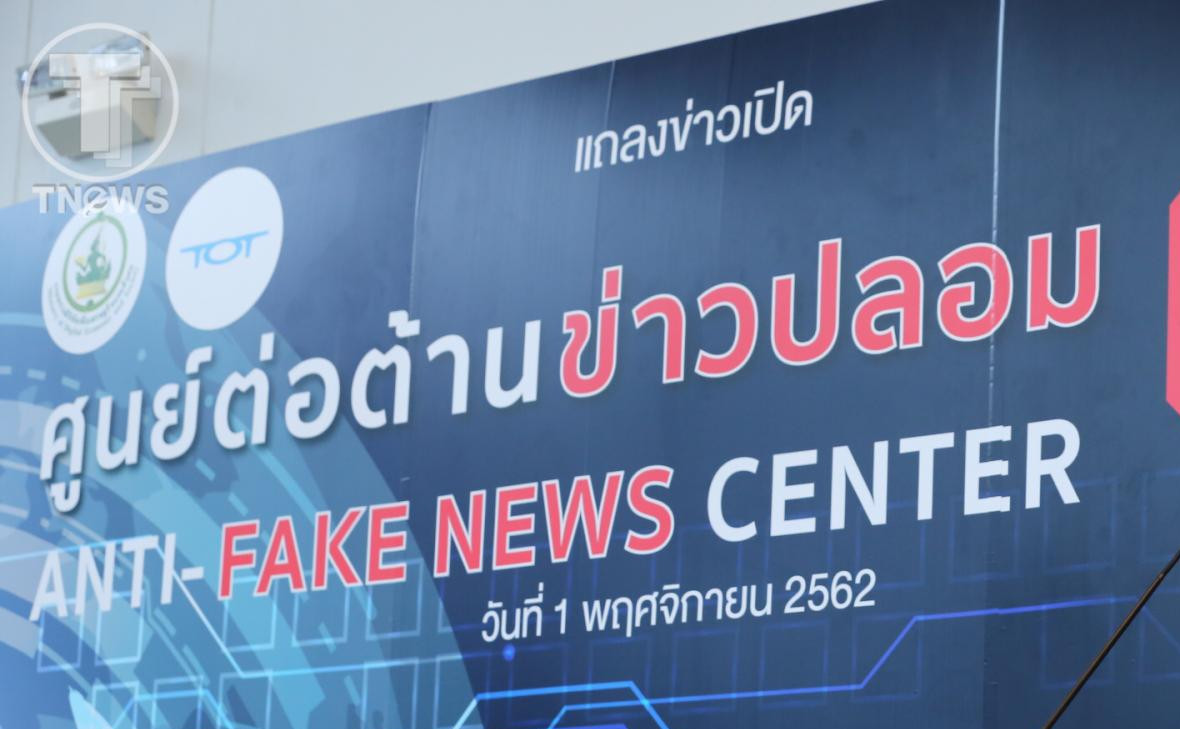 (Bangkok, 1 November 2019) – The Asian Forum for Human Rights and Development (FORUM-ASIA) expresses deep concern over Thailand’s intent to open an Anti-Fake News Centre today. Such a fake news monitoring hub will reinforce efforts of the Government to stifle freedom of expression and serve as a smokescreen to target dissenting voices. FORUM-ASIA calls on the Government to reconsider this move, and instead explore rights-based means to address disinformation.

Led by the Ministry of Digital Economy and Society, the Anti-Fake News Centre has been mandated to: scrutinise; investigate; and respond to reports of instances of fake news on social platforms, including Facebook and Line.[1] The centre intends to scrutinise cases on many different topics, ranging from public order and morals to national security and government policies. Using artificial intelligence and human monitoring, the centre is envisioned to become a centralised agency to determine the veracity of digital content available to the public.

States in the region have consistently referred to the problem of ‘fake news’ to justify repressive laws and regulations, which have had a detrimental effect on freedom of expression. Thailand is the latest Southeast Asian country to push for greater cyber scrutiny. Singapore[2] passed a law to counter fake news earlier in the year, and in the Philippines, fake news bills have been filed.[3] Malaysia only recently initiated its second attempt to repeal the country’s Fake News Law.[4]

In these cases, fake news legislation has been used as a tool to delegitimise the concerns of human rights defenders and critics. In Thailand, the military Government has used vague definitions of national security and a range of repressive legislation, including the Computer Crime Act and defamation laws, to promote self-censorship and tighten its hold on its people. Given its record of criminalising and intimidating activists who use online spaces to criticise the Government, the Anti-Fake News Centre will likely be used as an additional tool to clamp down on dissent.

Rather than an Anti-Fake News Centre, Thai authorities should look into the causes of disinformation and promote an enabling environment for safe expression. Combating online disinformation requires broader reflection on ways in which information is disseminated, and how selective access to content has limited the ability for people to verify information. The Government of Thailand should promote independent fact-checking mechanisms, as well as media and information literacy.

FORUM-ASIA calls on the Government of Thailand to reconsider the establishment of the Anti-Fake News Centre and cooperate with different independent stakeholders, including civil society, to address ‘fake news’ and online disinformation. If the Government is genuine in its commitment to safeguard the public from threats to freedom of expression, it must repeal criminal defamation provisions, and amend the Computer Crime Act, to allow Government accountability.