‘There were times that we needed to have our own personal security guards’ – interview with Enkhjargal Davaasuren, National Coordinator of MONFEMNET National Network
11 November 2019 4:09 pm

For this month’s e-newsletter, FORUM-ASIA talked with Enkhjargal Davaasuren, National Coordinator of MONFEMNET National Network, an associate member of FORUM-ASIA based in Mongolia. In the interview, Enkhjargal talks about her experiences as a lawyer working on issues of violence against women and children, her challenges, and inspiring moments. 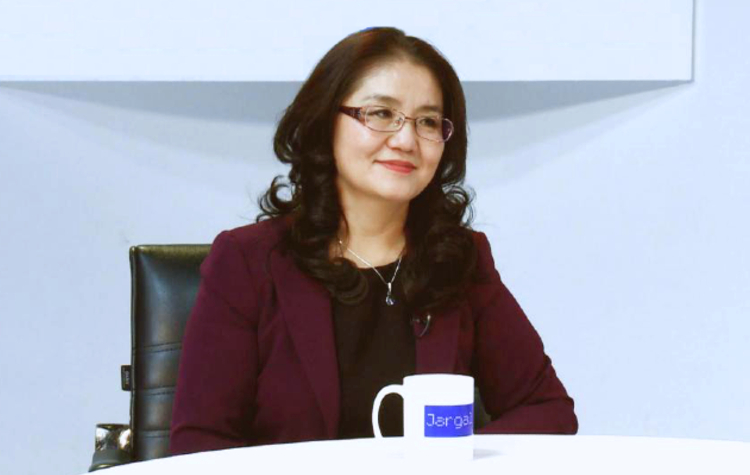 Being a lawyer, I started working as a legal counsellor at the National Centre Against Violence NGO in 1997. Now it has been 22 years working in the field of eliminating violence against women and children.

I have known about FORUM-ASIA for many years ago, when I collaborated with its member organisations in Mongolia, such as the Globe International Center (GIC) and the Center for Human Rights and Development (CHRD). Our direct engagement with FORUM-ASIA started from last year, when MONFEMNET became an associate member of FORUM-ASIA.

My mom used to work as a trade union leader. People would seek support from her for assistance in terms of women’s welfare and child custody issues. That experience  influenced me a lot to work for the rights of people.

During the first few years of my career, I thought about quitting, because it was very hard to work on human rights issues. There was a time I was even thinking about changing to a different field. But then there was a case in which a woman lost her life due to domestic violence. That became a strong cause for me to decide to continue working on building a better legal environment, while advocating the Government on related policies and legal reform to ensure the protection of victims of violence.

In 2004, Mongolia passed its first national Domestic Violence Law. This was the result of more than ten years of efforts of civil society, and I was leading the nationwide advocacy campaign.

Even though we were able to have the Domestic Violence Law approved, the legal environment itself was not fully comprehensive. In 2016, 12 years after the adoption of first law, we were able to get approval for the revised Domestic Violence Law and included the victim protection provisions in related laws to ensure that the legal system is conducive. So it was finally in 2016 that domestic violence was legally recognised as a crime.

Those have been the most inspiring moments for me. However, the legal framework in Mongolia is still not comprehensive, and our advocacy work will continue. It is a never-ending journey.

I used to work as the Director of the National Centre Against Violence NGO, an organisation that provides shelter to victims of domestic violence, most of whom were women and children.

The main challenge was that we often faced threats from perpetrators, who were stalking or following us, and we did not know how to document it. There were times that we needed to have our own personal security guards, or avoid using public transportation. In such times, we would receive assistance from the Urgent Action Fund.

On the other hand, more human rights defenders are working on addressing these issues. While it is a positive step that the public awareness of violence against women and children has increased in the past few years, more work needs to be done in the future.

Human rights are very complex, and to address the challenges related to human rights we need approaches that cause systemic change. That means that we need to work collaboratively to address these issues.

One person can be strong, but if more people join together, we can accomplish more. We need to work together to strengthen each other and to overcome our common struggles with one voice and collective actions.