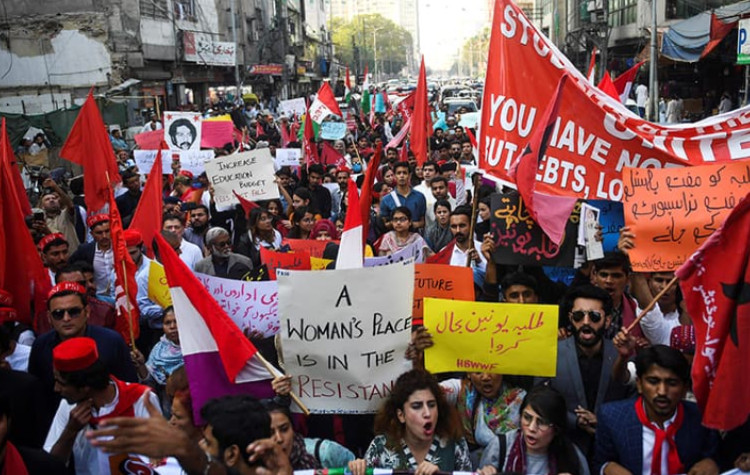 (Bangkok/Kathmandu, 2 December 2019) – The Asian Forum for Human Rights and Development (FORUM-ASA) is deeply concerned over the crackdown on the peaceful Student Solidarity March, which was organised by students in 50 cities across Pakistan on 29 November 2019. The march was: in protest against fee increases; demanded an end to surveillance over students, an anti-sexual harassment policy, an end to privatisation of educational institutions; and restoration of student unions across Pakistan.

On 30 November, Alamgir Khan, one of the student leaders who is also accused of sedition, was reportedly abducted from the premises of Punjab University in Lahore, allegedly for his active participation in and speech during the march. After having been missing for two days, he was presented in court on 2 December. A judge has ordered his judicial remand.

This crack down on protesting students has created an atmosphere of fear and insecurity. Filing of sedition charges to intimidate dissenting voices has been a trend in Pakistan. In February 2019, a case was filed in Multan with charges of sedition against Rawal Asad, an activist associated with the Progressive Youth Alliance. He was imprisoned for a month, before being released on bail.

The abduction of and fake charges against students is a gross abuse of power by a democratic state to punish its citizens for exercising their right to political dissent. FORUM-ASIA believes that the students have every right to peaceful association and protest, and any attempt to crush these protests with violence, illegal detention and fabricated charges is a blatant violation of their right to free expression.

FORUM-ASIA urges the authorities to immediately release Alamgir Khan and drop all sedition charges against organisers and participants. FORUM ASIA also calls on the Government of Pakistan to engage in a constructive dialogue on affordable, quality education, and create an enabling environment for the full enjoyment of the rights to freedom of association and expression by all.