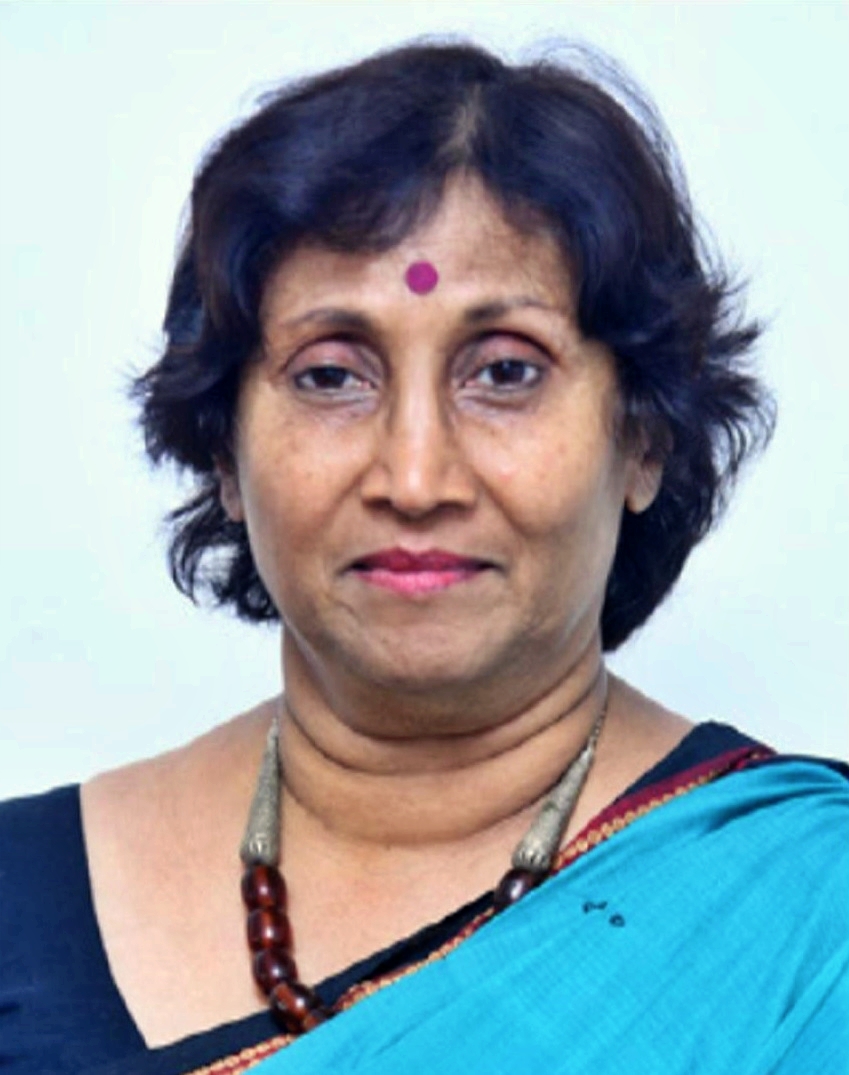 For this month’s e-newsletter, FORUM-ASIA talked with Sakuntala Kadirgamar, Executive Director of Law & Society Trust (LST), a member of FORUM-ASIA in Sri Lanka. In this interview, Sakuntala shares with us her experiences as a human rights advocate working in a conflict-torn country, and her belief in human rights and people’s power.

When I was a schoolgirl, I joined Amnesty International as a letter writer, protesting on behalf of prisoners of conscience. I also recall being very moved by the human rights violations committed at the time of the Bangladesh liberation war. But it was only in the 70s that I began to focus on and critique the human rights record in my own country – Sri Lanka.

We have experienced a great deal of violence in Sri Lanka since our independence. This has included:  communal clashes in 1958; a youth insurrection in 1972; a low intensity conflict from 1987 to 1989 with a left-oriented group resorting to subversion, assassinations, raids and attacks on military and civilian targets; and violence against the Tamil minorities which led to the emergence of a radical Tamil militant group, resulting in a brutal war of secession that ended equally violently after thirty years.

Unfortunately, peace was not built on a foundation of human rights and social justice. In recent years, violence against the Muslim minority has been on the rise, and the lack of state protection has led to greater alienation and radicalisation among Muslims. We have also experienced violent protests around economic issues that have been responded to with more violence too.

Basically, in Sri Lanka we have not fought and suffered from an external war, but we have fought many internal conflicts among ourselves. In these conflicts there have been ‘no rules of engagement.’  Both state and non-state actors have used violence, something that was normalised. This has affected our attitudes towards our own, common humanity.

Since the 1980’s, I have worked with national and international non-governmental organisations, and the United Nations (UN), in various capacities, to build peace, mediate conflicts, support human rights, and address the root causes of conflict. When human rights are prioritised, we are in effect prioritising human dignity, security, principles of equality and freedom – the essence of what makes human life meaningful.

I have interacted with FORUM-ASIA since 1998, when I was with the International Institute for Democracy and Electoral Assistance (IDEA) and was responsible for the Asia programme. We were supporting civic groups engaged in the democratic transition in Indonesia, and Burmese democracy activists based in Thailand. FORUM-ASIA was the integral umbrella and the network for all the civil society organisations to support a common cause – advancing human rights in Asia.

Since I became the Executive Director of the Law & Society Trust (LST) in 2018), my engagement with FORUM-ASIA has been deeper and more frequent. We engage in common programmes and publish assessments of value to the region, including the annual report of the Asian NGO Network on National Human Rights Institutions (ANNI) on the performance and establishment of National Human Rights Institutions in Asia, and the South Asia Judicial Barometer. With FORUM-ASIA, we have collaborated on: making submissions to the UN Human Rights Council; monitoring shrinking democratic space in the region; and supporting human rights advocacy.

I believe that societies can change and improve, when people’s mind-sets are changed. I believe that fair laws and procedures can have an impact on how people interact with each other and their environment. In my mind, a belief in human rights is uplifting.

Globally, regionally and nationally, we have made so many advances, but in recent times there have been signs of regression, and that is both worrying and disheartening. The international champions of human rights do not appear to be very committed to their goals anymore, and the human rights situation has been backsliding.

At the same time, younger people are ready to struggle, even on the streets, risking their lives, and so it helps keep the faith alive.

One of my most inspiring moments took place far away from Asia. It took place when I worked on the National Dialogue in Yemen in 2013. The country was transiting from a dictatorship. The Arab Spring had reached Yemen, and it was inspiring to see people who had been so divided and polarised, come together to talk about their experiences and suffering and engage in a discussion for a different future.

The diverse groups of people coming together, putting aside their differences to plan for a different future, was inspiring. It was especially inspiring to see the number of women and young people engaged in the process.

That process did not lead to the results anticipated, and today the country is in great turmoil, but there was at that time a true belief that they had the potential to grasp a different future.

To me, some of the most inspiring moments are when ordinary people take their fate in their own hands, and vote out corrupt leaders, dictators and tyrants, despite all the resources and intimidation that those very tyrants invest in keeping themselves in office.

It is very challenging when people who ought to know better resist the promotion of human rights. In multi-ethnic and multi-religious countries in Asia, the clergy can do a great deal to promote human rights, but religion is becoming increasingly politicised and is used to challenge the universality of human rights.

In the past, we agitated for a free and vibrant media, as an essential aspect of realising our human rights. But today, the media and social media are used to promote division, hatred and false information. This is an additional challenge.

Organisations, such as ours, have to be committed to changing the ways in which we engage with communities and Governments to make sure we remain relevant.

Do not be passive or apathetic. Do not compromise, and give up your human rights and your power of critical thinking and engagement. Do not stop believing in your community, and your responsibility towards a larger community.

We are all being tempted to put ourselves in the hands of a ‘Strong Leader’, who will make the world right for us, and we are encouraged to adopt an instrumental view of human rights. Our strong leaders argue that if your economic interests are taken care of, there is no need to challenge the system and ask for more.

But some principles should be above and beyond compromise. The human family has been struggling to frame these rights and advance them over time – they cannot be given up.