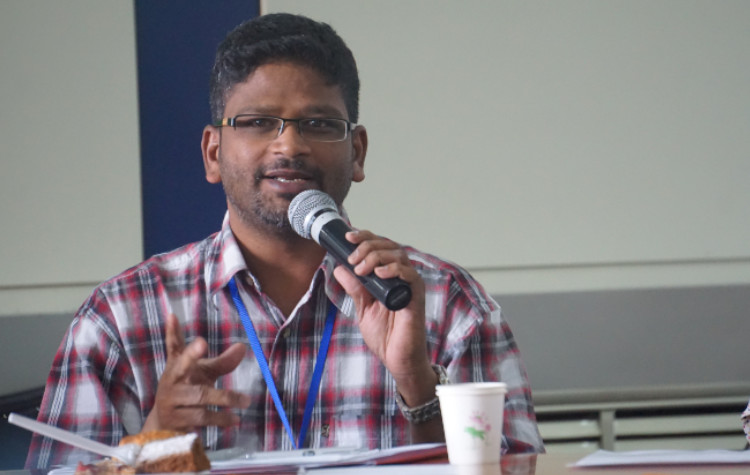 (Bangkok, 17 December 2019) – The Asian Forum for Human Rights and Development (FORUM-ASIA) condemns the continued harassment of the Executive Director of Suara Rakyat Malaysia (SUARAM), Sevan Doraisamy. The harassment seems to have been triggered by the organisation’s activities calling for the repeal of Malaysia’s repressive security law. The Government of Malaysia should end its persecution of human rights defenders, and instead, fulfil earlier promises of repealing Malaysia’s repressive laws.

Doraisamy, who is also the Vice Chair of FORUM-ASIA, was called for questioning over a forum held on 25 November 2019, ‘The LTTE Conundrum and SOSMA as a draconian law’. The forum was part of SUARAM’s activities calling for the repeal of the Security Offences (Special Measures) Act 2012 (SOSMA). SOSMA allows for detention without trial, and has been used to justify abuses against detainees, under the guise of national security. SUARAM, along with other human rights organisations, has consistently pushed for its repeal.

Doraisamy is being investigated under Section 505 (b) of the Penal Code, which makes it a criminal offence for whoever ‘makes, publishes or circulates any statement, rumour or report with intent to cause, or which is likely to cause, fear or alarm to the public, or to any section of the public whereby any person may be induced to commit an offence against the State or against the public tranquility’.[1] It is punishable by a fine, up to two years imprisonment, or both. Doraisamy has said the questioning focussed on SOSMA and arrested supporters of the Liberation Tigers of Tamil Eelam (LTTE), and that the police refused to say who had filed the police report.

‘We have the responsibility to put human rights perspective to all that is happening (..) so when we do our work, and it’s part of our job, it is very intimidating and it is purely harassment when the police (..) call you for questioning,’ said Doraisamy in a press conference today. The judicial harassment of Doraisamy further proves the assertion of SUARAM that despite Pakatan Harapan’s initial promises of reform, the rights of Malaysians are no better or worse than under the previous Government.[2]

The Government, which had earlier promised to review or repeal SOSMA and other repressive laws curtailing fundamental freedoms in the country, has so far failed to make any discernible progress on these commitments. In its 2019 Annual Human Rights Review, SUARAM documented seven cases of investigations under the Sedition Act 1948 within the year, and a total of 627 people detained from January to June 2019 under the Prevention of Crime Act 1959.[3]

FORUM-ASIA calls on the Government of Malaysia to drop the case against Doraisamy and cease other types of judicial harassments. Instead meaningful engagement with human rights organisations calling for reforms should be ensured. The use of laws and policies to create fear and deter civil society from speaking up can never be justified in any democratic nation. The Government must prove to its people that it is still capable of realising its promises, and that it remains worthy of the trust that it has been given.