‘We cannot detach ourselves from the ground’ – Interview with Sevan Doraisamy, Vice-Chairperson of FORUM-ASIA’s Executive Committee
7 January 2020 11:00 am 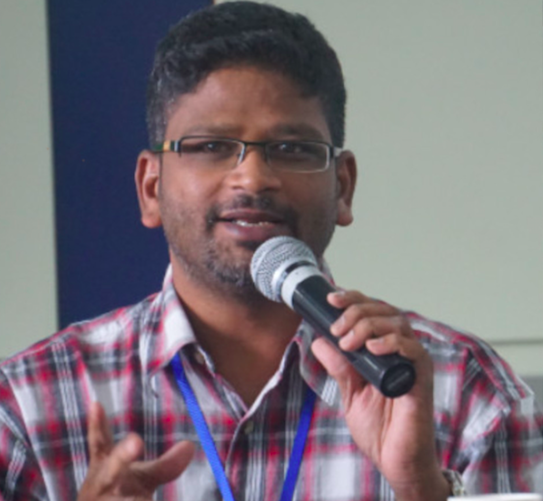 For this month’s e-newsletter, FORUM-ASIA talked with Sevan Doraisamy, Executive Director of Suara Rakyat Malaysia (SUARAM), a member of FORUM-ASIA in Malaysia, and current Vice-Chairperson of FORUM-ASIA. In this interview, Sevan shares with us his experiences as a human rights defender working to advance civil and political rights, in particular of marginalised communities in Malaysia.

SUARAM is one of the founding members of FORUM-ASIA, and has been actively involved in FORUM-ASIA’s programmes since 1991. When I joined SUARAM as the Executive Director in 2015, my first task was to work with FORUM-ASIA on the report by the Asian NGO Network on National Human Rights Institutions (ANNI) on the performance and establishment of National Human Rights Institutions in Asia. Since then I have actively participated in FORUM-ASIA’s programmes, conferences, activities and workshops.

My motivation comes from many things. When I see oppressed societies or communities, I always want to help them. Human rights and activism are tools that help me reach out to the marginalised and speak truth to power.

I was also exposed to Marxism and leftist perspective, which gave me an ideological perspective to understand marginalised communities. That is where my principles derive from when it comes to standing for certain issues, and it is what motivates me to help bring up their issues.

Fighting for civil liberties, human rights, democracy and freedom quickly became my choice of work, and I wanted to dedicate my life to this cause.

This motivation has not changed over the years, but the experiences that I have gained have made me wiser and more accommodating, which sometimes slows me down. But again, the same motivation will keep me going during tough time.

As a human rights defender, you often encounter situations where you need to defend the community from human rights violations. Sometimes when you do this, you will face many challenges.

One interesting experience was when many of us were on standby at a village nearby, after we heard that a developer and state authorities were planning to forcefully evict the people from the village to clear their land for development.

On that particular day, many of us went there for solidarity support and to try to stop the forced eviction. It was a Malay (race) village where I was roaming around in the early morning, and suddenly a Malay guy came shouting at me and asked me to leave the place. He said he knew how to defend his land, and did not want interference from another race. I did not say anything, but walked away to the main entrance where we were supposed to build the blockade. I could understand his stress and frustration as he had no choice but to trust politicians who had promised him that his house would not be demolished. He was a family man and was very confused.

After a while, we saw that the forced eviction process had started. The developer, with big machines and bulldozers, started to roll in with the assistance of local authorities and police. We, the human rights defenders, friends from civil society, students and some politicians, were there together with the villagers and tried to stop the eviction.

The confrontation lasted for almost four hours, before the police and enforcement officers went cracked down on us and arrested many of us, including the poor villagers. I was arrested together with many of them, and I was handcuffed with another Malay guy, which happened to be the same guy who had chased me from the village in the morning. He apologised to me and said even though the police, the enforcement authority and their politicians were from the same race as he was, they went on and demolished their houses, but we, from another race were there to help and defend them.

He thanked me for helping. I told him that fighting for people’s rights is beyond race and religion, an important lesson for all Malaysians. I also told him that people in power choose to divide and rule in the name of race and religion, but when we realise this we will unite and fight the system that discriminates against us. He just said ‘thank you’ and we raised our fists together.

Sometimes it is easier for civil society organisations to work together when there is a Government that does not bother progressing human rights and democracy. Malaysia never had a government change since independence, until the 2018 General Election, where for the first time Malaysian people voted against Barisan Nasional (BN) and brought Pakatan Harapan (PH) into power.

The BN Government had shown little interest in bringing change for better democracy and civic space. The work of civil society organisations was much more focused when the previous Government was in power. We were more united and able to consolidate our efforts to fight against the corrupted regime and its repressive laws, policies and practices.

After the change of Government, it has become more difficult for civil society organisations to stay focused, because there are too many distractions. There has been more of a split rather than a consolidated strategy. This is largely due to the promises of the new Government. And there have been some good efforts from certain Ministries in engaging civil society organisations and stakeholders to bring about change. But in terms of issues related to civil and political rights, especially abolishing repressive and restrictive laws, the new Government has progressed very slowly.

For example, SUARAM has been campaigning against detention without trial laws, and many people in the new Government were previously against these laws. However, since they have become part of the Government, they have not been very aggressive in bringing changes to the law.

Now when we raise this issue, some government officials feel that there are other priorities and they suggest to give time and space for the new Government to do its work. At the same time, the new Government is facing two internal issues, including internal sabotage against the reform agenda by senior civil servants said to be still loyal to the previous Government, and fractions between the progressives and conservatives within the Government.

As a result, naturally some among us believe that the new Government is doing a lot, but others think that they are not sincere in bringing important reform and equally playing race and religion issues the same way as the previous regime did. One way to deal with this challenge is to seek middle ground, to strategize among civil society organisations. Meanwhile, each civil society organisation is free to formulate its own strategies and tactics in their advocacy. By doing this, we can still criticise the Government for their violations, while also engage them when there are opportunities to discuss the reform agenda.

All I want to say is that the new generation must learn to balance theory and practice. We can study all we want about human rights and democracy, but grassroots involvement is what is most important. Understanding and advocating for the rights of the marginalised people. For that, we have to actively participate in the people-based movement. We cannot detach ourselves from the ground, as the most important role and responsibility of human rights defenders is to fight for the rights of the oppressed.