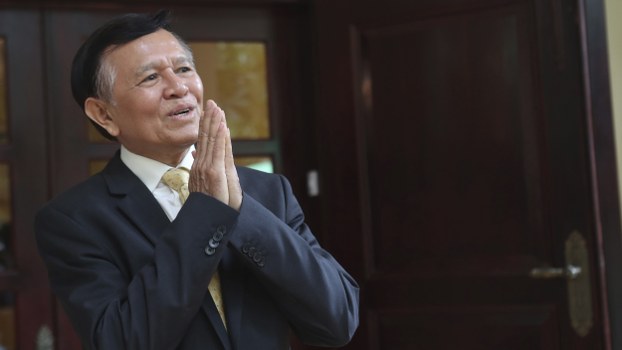 (Bangkok, 17 January 2020) –The Asian Forum for Human Rights and Development (FORUM-ASIA) calls on the Phnom Penh Municipal Court to ensure full transparency in the trial of the Cambodian opposition leader Kem Sokha, and reiterates the call of Cambodian civil society for a trial that is open to the public and independent media, and that allows the full participation of civil society organisations.[1] FORUM-ASIA is concerned over recent moves of the court to bar journalists from attending the trial, which jeopardises the transparency of the trial.[2]

Sokha, the President of the dissolved Cambodia National Rescue Party (CNRP), is facing charges of treason, and is alleged to have collaborated with the United States to overthrow Hun Sen’s Government. He faces up to thirty years’ imprisonment should he be found guilty.

The charges of treason are widely seen to be politically motivated. Sokha’s arrest in September 2017 was followed by the dissolution of the CNRP, which allowed Hun Sen to effectively eradicate his political opposition, and cement his rule in the country. Having been in power for 35 years, Hun Sen’s Government has continued to prevent and stifle all forms of opposition or calls for accountability, shut down independent media, scrutinise civil society organisations, and threaten its political dissenters.

The Phnom Penh Court should allow full coverage of the trial. There should be no ban on the trial’s broadcast. Independent media, civil society organisations and the general public should have access to it. Without genuine transparency, the trial and its outcome cannot be viewed with any form of credibility.

FORUM-ASIA urges the international community to keep watch over the proceedings and continue to urge the Government of Cambodia to end its campaign of intimidation against its critics. The Government of Cambodia must take steps towards opening its civic space, protecting and promoting the freedoms of expression, peaceful assembly and association of its people.