Myanmar: Comply with the International Court of Justice’s Ruling to Protect the Rohingya
27 January 2020 3:49 pm 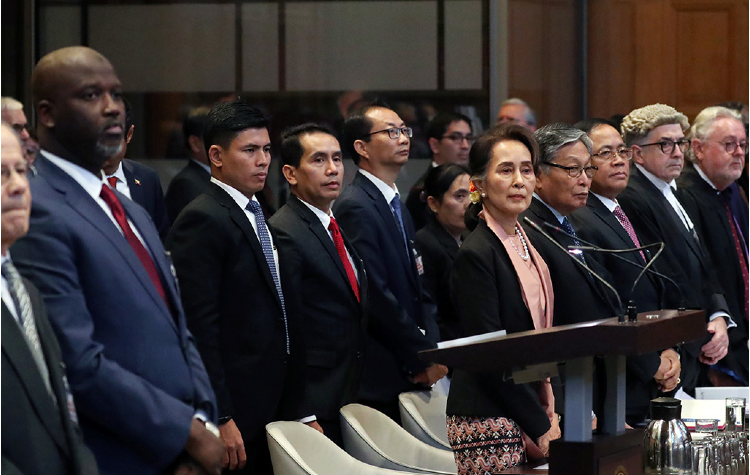 (Bangkok, 27 January 2020) – The Asian Forum for Human Rights and Development (FORUM-ASIA) welcomes the unanimous decision of the International Court of Justice (ICJ) ordering Myanmar to protect the Rohingya from genocide, and urges the Government of Myanmar to fully comply with the Court’s ruling. Myanmar must acknowledge the gravity of its crimes against the Rohingya, and cooperate with international human rights mechanisms seeking to hold it accountable.

Following a three-day trial late last year, the Court on 23 January ordered Myanmar to ‘take all measures within its power’ to prevent acts covered under the Genocide Convention, including the killing of members of a national, ethnical, racial or religious group , causing serious bodily or mental harm, and deliberately inflicting conditions to bring about a group’s physical destruction. The Government of Myanmar was ordered to ensure that its military, as well as organisations and people under its control do not commit acts of genocide. Myanmar also needs to provide an initial report in four months, and every six months after, detailing measures it has taken to comply with the Court’s ruling.[1]

The Government has continuously denied the occurrence of grave human rights violations, despite credible evidence detailing the role of the military and the complicity of its leaders in such crimes, including genocide, being committed against the Rohingya.

In its response to the ICJ ruling, Myanmar cited the findings of its own Independent Commission of Enquiry that no genocide has occurred and that the allegations of war crimes were being investigated by the national judicial system.[2] Its own leader, Aung San Suu Kyi delivered a similar message in her statement during the ICJ trial.

Myanmar has consistently rejected all attempts to be held accountable through international mechanisms, including by refusing to allow the UN Fact-Finding Mission, as well as the UN Special Rapporteur on the situation of human rights in Myanmar, Yanghee Lee, access to the country, and in doing so, hindering their investigations.

As a State Party to the Genocide Convention, Myanmar has a duty to protect all its people from genocide. It must comply with the ICJ ruling to take all measures to do so, first and foremost, by recognising the identity of the Rohingya, and acknowledging the grave crimes they have suffered.

Myanmar should also immediately address all conditions that have further exacerbated living conditions of the Rohingya, including by ending the blockage of aid in several townships. It must also lift the Internet shutdown still in place in four townships, as these seem to have allowed security forces to commit violations unreported. The Government of Myanmar should ensure transparency in all its actions towards the compliance with ICJ’s orders.

FORUM-ASIA continues to urge the international community to abide by its obligation to hold perpetrators of genocide to account, including through referring Myanmar to the International Criminal Court or by creating an international tribunal, and exercising universal jurisdiction. It should continue to monitor Myanmar’s actions in the course of ongoing investigations. The international community must follow The Gambia’s move in sending a loud and clear message that grave crimes in Myanmar will no longer be ignored.