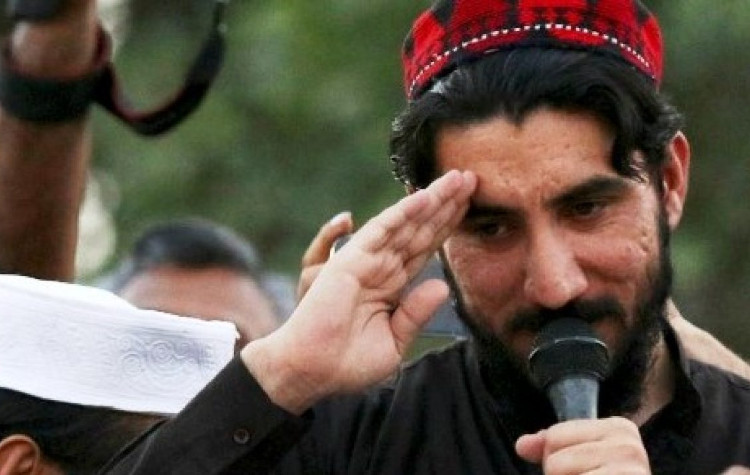 (Bangkok/Kathmandu, 28 January 2020) – The Asian Forum for Human Rights and Development (FORUM-ASIA) is deeply concerned over the arbitrary arrest of Manzoor Pashteen, a Pakistani human rights defender and leader of the Pashtun Tahafuz Movement (PTM), together with other members of PTM. His arrest seems to have been based on his protests and activism, which all fall within his legitimate rights to exercise his freedom of expression and peaceful assembly.

On Sunday night, Pashteen was arrested by the police in Peshawar together with nine other members of PTM. PTM is a movement known for its criticism of Pakistan’s powerful military, which has organised many protests against extra-judicial killings and enforced disappearances across the country.[1]

The Magistrate Court in Peshawar sent Pashteen on a 14-day judicial remand.

According to the police, a case was registered against Pashteen with the City Police Station of Dera Ismail Khan on 18 January 2020, after he and other PTM leaders attended a gathering. During the gathering he allegedly said that the 1973 Constitution violates basic human rights and made derogatory remarks about the State. Pashteen was arrested under several sections of the Pakistan Penal Code, including charges of sedition and criminal conspiracy. If found guilty of sedition, he might face life imprisonment, whereas criminal conspiracy is punishable by death.[2]

FORUM-ASIA believes that the arbitrary arrest of Pashteen is a gross abuse of power and serious violation of human rights. The Pakistani Government has the duty to ensure and protect the rights to the freedom of expression and freedom of peaceful assembly and association, as guaranteed in the Universal Declaration of Human Rights (Articles 19 and 20), as well as the International Covenant on Civil and Political Rights (Articles 19, 21 and 22), to which the country is a signatory. The UN Declaration on Human Rights Defenders[3] further specifies the obligations of States to guarantee and protect the rights of human rights defenders.

FORUM-ASIA urges the Pakistani authorities to immediately release Pashteen and his fellow PTM colleagues, and to drop all charges against them. FORUM-ASIA also calls on the Government to ensure an end to the recurring trend Pakistanis being arrested for and charged with sedition for acts that fall within their constitutional rights to freedom of expression, and peaceful association and assembly.

[2] According to Sections 124-A and 120-B respectively of the Pakistan Penal Code. See https://www.oecd.org/site/adboecdanti-corruptioninitiative/46816797.pdf

[3] The full name of the Declaration is: Declaration on the Right and Responsibility of Individuals, Groups and Organs of Society to Promote and Protect Universally Recognized Human Rights and Fundamental Freedoms.