‘If we are not doing anything for the people in need, we are not human.’ – Interview with Rahman, new Planning, Monitoring and Evaluation Programme Officer of FORUM-ASIA
15 January 2020 1:42 pm 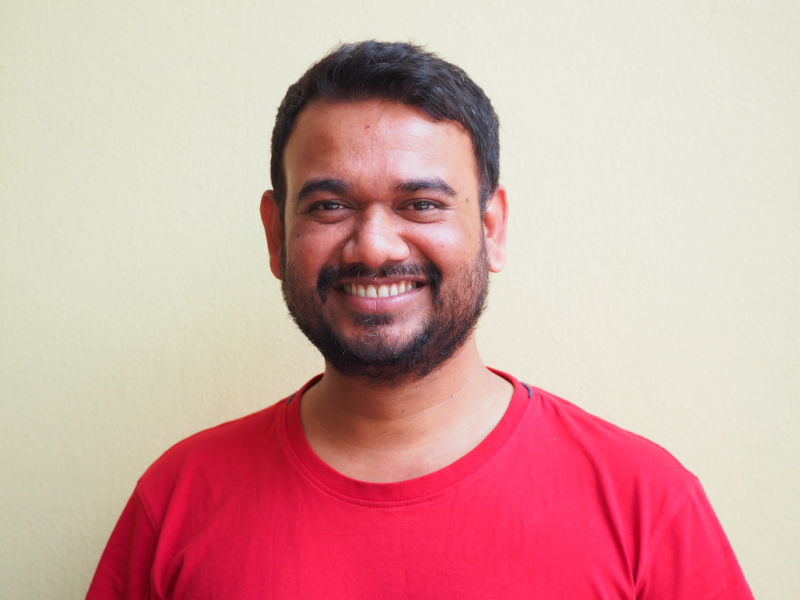 For this month’s e-newsletter, FORUM-ASIA talked with Manna Rahman, who just joined us as the new Planning, Monitoring and Evaluation Programme Officer at the beginning of this year. In his interview, Manna shared with us his experiences of working in the development and human rights sector, how listening to people in need has inspired him, and tips to overcome challenges in cases of emergency.

My home country is Bangladesh. Bangladesh is strategically located in relation to other countries in South Asia, including India, which has contributed to it being an important country in the region.

After graduating from university back in 2010, I worked in the humanitarian sector with HelpAge International. HelpAge International, which focuses on the rights of older people. This job matched with my philosophy in life, and also related to my studies and future career aspirations. Working in that field, I came to know how older people are vulnerable and are often ignored and marginalised.

Then I also worked with BRAC in their migration programme. At that time, I became involved with the Refugee and Migratory Movements Research Unit (RMMRU), which is a FORUM-ASIA member.

I heard about FORUM-ASIA when I was in University, as I often came across publications and research produced by FORUM-ASIA. I also knew FORUM-ASIA through its member Odhikar, a very well-known human rights organisation in Bangladesh, which produced some reports and articles with references to FORUM-ASIA. FORUM-ASIA is often the resource we cite when it comes to human rights related issues in Asia.

My motivation comes from the eagerness to help people who need the most support, and human rights is one of the fields that provides support to people in need.

Another motivation is the belief that people need people, and if we are not doing anything for the people in need, we are not human, we may be robots. Moreover, I want to know more about people’s stories at the grassroots level, as I found stories the most powerful tools to communicate with others. This is also why I have been working in the development and human rights sector.

Throughout the years, my motivation to improve the human rights situation has remained the same, but the way we work and approaches we adopt have changed. For example, we used to rely on paper documents as the primary source of information, but now social media plays a major role in communication. So we have adopted new things and continue to work on the human right issues.

In 2011, one emergency happened in the southern part of Bangladesh, and we were providing relief, such as temporary shelters, food, clothing and medical support to the elderly population.

At some point, one of the older people came to us and requested more food and clothes, which surprised us as we had already given her such support. She said ‘when I went back home, my daughter-in-law and my son grabbed those relief items from me, so I am not able to keep those with me.’

This is one of the things that wrecked my head. I realised how rude people could be, and how cruel. That the old woman could not even hold on her things, even with how little she had. This incident keeps me motivated to support the most vulnerable and marginalised community.

When the relief programme came to an end, we did a post-survey by asking people at the tea stalls what they thought about older people’s need and our work, and they responded ‘you are doing a really good job and you are like doing work of  God.’

It was very striking for our team to know how vulnerable older people were and how much they were ignored during the emergency situation. And this is very related to human rights, as very often people that need help the most are the most ignored. Those are just a few of the many stories that are inspiring and keep me motivated.

It is very difficult to reach out to people in need in remote areas. For example, there are so many problems in Bangladesh, but people often work on what is highlighted the most and rush to it, leaving the most marginalised behind. To counter this challenge, we mapped out the hard-to-reach areas in Bangladesh and tried to make sure that our support reached them.

Another challenge is the coordination with government departments and various non-governmental organisations (NGOs), which resulted in delayed responses.

The communication gap between different agencies and the grassroots community is also challenging. To solve this, we set up a monthly meeting and discussed openly this problem at the community, central and district level, and we built a rapport with government officials that were willing to support our work. A personal relationship is one of the key tools to reduce those challenges.

Listen to the people who live on the ground. Listening is the most powerful tool, which lets us understand all the things that are happening. If you speak, you speak only what you have, but when you listen to other people, you will learn new things.

My suggestion would be that listening to others is very important. If you really want to work in the human rights and development sector as a whole, you need to go the people, feel the needs of the people, and have empathy.