‘What is right will prevail and if you have a bunch of people with you who believe as you do, change is inevitable.’ – Interview with Shamini Darshni Kaliemuthu, new Executive Director of FORUM-ASIA
12 March 2020 2:09 pm 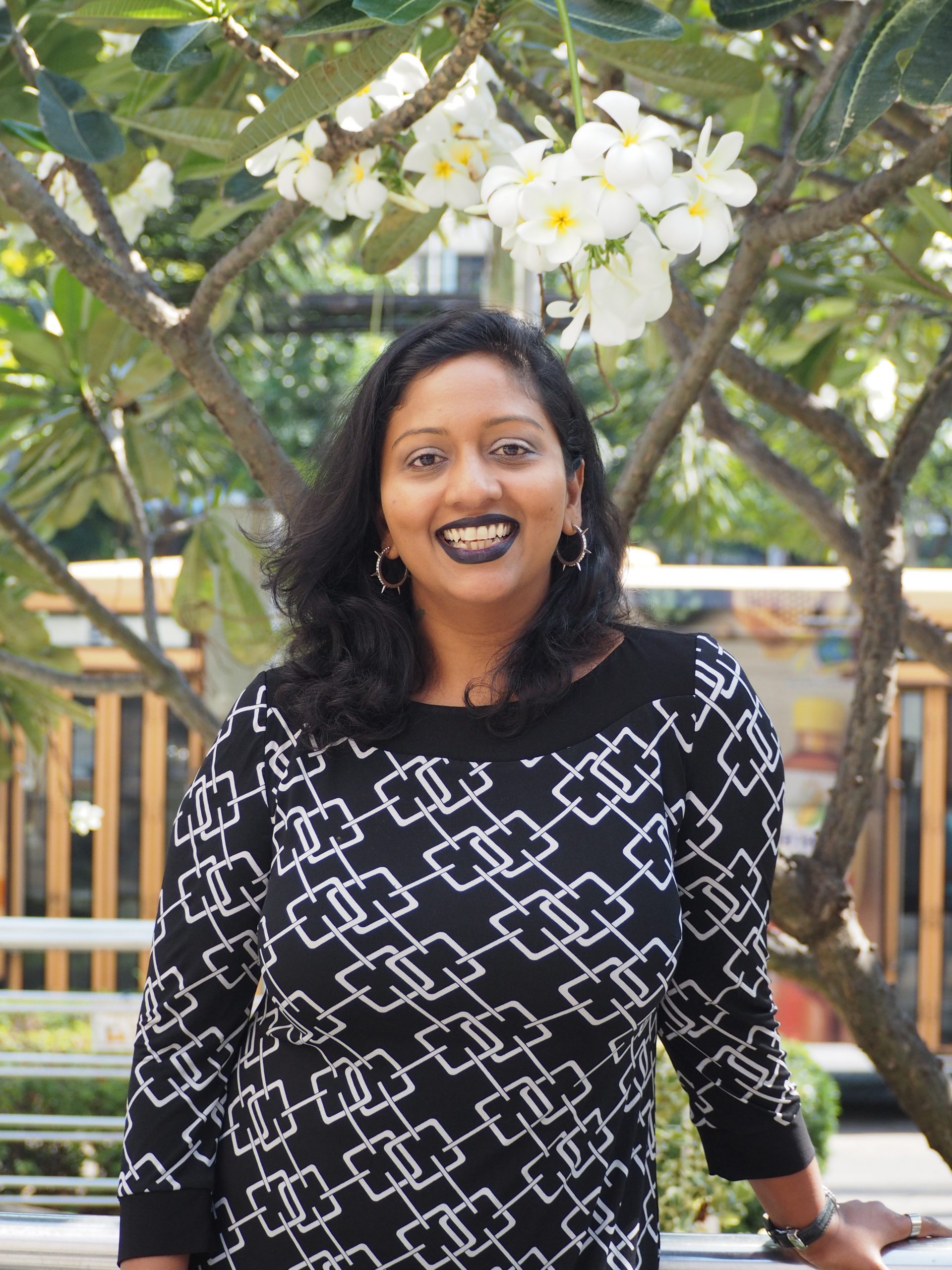 For this month’s e-newsletter, FORUM-ASIA talked with Shamini Darshni Kaliemuthu, who just joined us as the new Executive Director this month. In this interview, Shamini shared with us her experiences of working in the media, humanitarian agency, and human rights sector. She also talked about how challenging it is to counter the political machinery, and what people can do to advance human rights.

I spent the first seven years of my career as a news journalist in Malaysia. Through that I was exposed to social and human rights issues, and I started to become very interested in issues related to HIV and AIDS. Writing about this topic and speaking to people affected and impacted with HIV and AIDS left a deep mark on me. That started the journey of trying to understand the right to health and access to medication. I left journalism to work with MERCY Malaysia, and later, joined Monash University Malaysia. For a while, I had a weekly column in the (now defunct) The Malaysian Insider where I wrote about politics, social issues and human rights topics.

I wondered what it would be like to stop complaining about Malaysia’s state of affairs and instead try, in a small way, to be a part of the solution I wanted to see. I had the incredible opportunity to join Amnesty International Malaysia as its executive director, and I stayed nearly seven years. It was such a privilege for me to work on human rights issues in Malaysia and by virtue of Amnesty International being the biggest human rights movement in the world, it also awarded me the exposure and opportunity to campaign and advocate on human rights issues that affected people in the Asian region and beyond. These are fantastic experiences that will stay with me for life.

When I joined Amnesty in 2013, there were crackdowns by the then Government using the Sedition Act. People were being arrested almost on a daily basis for expressing themselves in public, and it happened at an incredible speed. People who were arrested were the opposition, activists, human rights defenders and journalists.

In a conversation I had with my friends working in a non-governmental organisation (NGO), they told me that ‘we have to tell FORUM-ASIA’ about this situation, and that is how I knew about FORUM-ASIA through the human rights defenders programme.

I learnt about how FORUM-ASIA is often the first stop when human rights defenders are in trouble, and I thought that this was such a great programme to have in this part of the world – this was my early exposure to FORUM-ASIA.

In the early days, it was anger that motivated me to work on human rights. It angers me when I see how Government is able to repress and oppress its people and nobody holds them to account. When the human rights sector wants to hold the Government accountable, they are also putting themselves at risk. That is the risk we need to measure and to decide whether we want to take it or not, because it has impact on the individuals and the organisations. Despite the risks, we do it anyway because of what we believe in. Injustice makes me angry, and if I can be in a position to change something, no matter how small it may be, and that makes a little difference in somebody’s life, that is what makes me happy and keeps me motivated.

Working in this sector has made me realise that trying to achieve change is not easy, and there is no a set formula for that change to happen. This also makes working in the sector so very interesting. It is both exhilarating and frustrating; challenging and enlightening. One thing I learnt from the job is that we can face the same situation and apply the same formula, yet, have very different results. Something that works the first time can very easily fail the next time, and that is what tickles my brain as I am trying to figure out what is the best way to achieve positive change. This keeps me engaged with the nature of the work and is terribly exciting.

Over the years, my motivation has evolved. When I entered this sector, I was angry about what I had grown up with and witnessed particularly in Malaysia, for instance, institutional racism, and it still does bother me, naturally. But the motivation has changed: there is so much pain and hate today, but within that ugliness and difficulty, there is my belief in people, my trust that what is right will prevail and if you have a bunch of people with you who believe as you do, change is inevitable.

On a Wednesday evening around 7pm in 2013, I received a call saying that one prisoner in Malaysia was going to be executed in less than 72 hours. Osariakhi Obayangbon was a Nigerian national who was on death row for over 25 years. That call shook me. I remember after hanging up, I sat staring at the office walls, wondering what on earth to do.

The Amnesty mechanism kicked into action, and working with colleagues across the globe, we intervened in the imminent execution of a schizophrenic man. That early Friday morning, I was informed that we were successful. Osariakhi had been dressed into the clothes he would have been executed in, and was on the way to the execution chamber when a call came in and said ‘stop the execution.’ It was one of the most unbelievable experiences I have had working on human rights.

The first challenge is battling the political machinery, because the political machinery supports their political agenda which can be quite anti-human rights. As civil society, we are constantly trying to battle anti-human rights narratives with our own. It is a difficult battle with a well-oiled machinery with more people and bigger bank balances. Thus, we need to be very selective about what we say and how we say it. Knowing how to battle poisonous political narrative is something that takes a lot of time, thinking, and strategy. And many times, we fail.

Faced with this challenge, we need to have a narrative of our own without constantly being in a reactive mode. We need to emphasise a narrative we want to put out, and focus and invest on that. It can be something very simple, but we need to ensure that it is heard and it echoes to different audiences and not just those who are in our echo chamber.

If you could give a message to the new generation of people working on human rights or development, what would it be

Never underestimate what you can do. There was one Mahatma Gandhi, one Nelson Mandela, one Anne Frank, one Wolfgang Amadeus Mozart, one Salvador Dali, one Greta Thunberg, one Ronnie James Dio, one Rosa Parks, one Leonardo da Vinci, one Malala Yousoufzai. They all started with a thought. They all had a vision so infectious it changed the world. Find your thought, know your truth and speak it. Then do not stop speaking it. If you believe, others will also.