India: Drop all charges against Akhil Gogoi and provide him with medical treatment
6 March 2020 4:49 pm 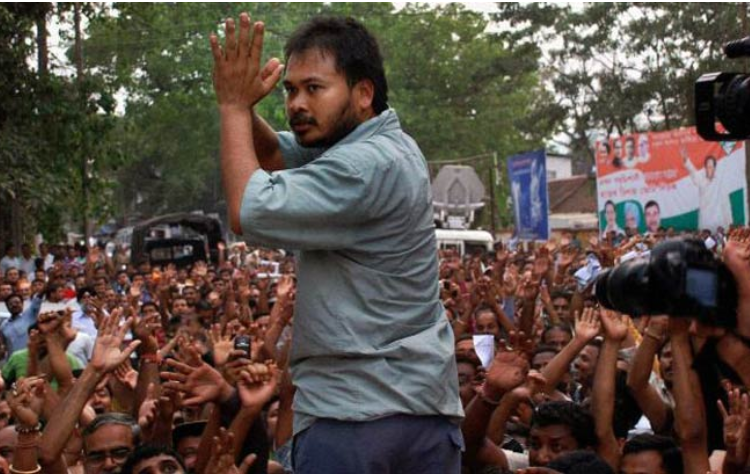 (Bangkok/Kathmandu, 6 March 2020) ‐ The Asian Forum for Human Rights and Development (FORUM‐ASIA) expresses concern about the deteriorating health of Assamese human rights defender, Akhil Gogoi, who is currently being detained in Guwahati Central Jail in Assam. Gogoi was arrested on 12 December 2019, while protesting against the Citizenship Amendment Act (CAA) and the National Registry for Citizen (NRC) in Jorhat, Assam.[1]

Gogoi had led several public protests against the CAA and the NRC in different places in Assam before his arrest. He was charged under the Unlawful Activities Prevention Act and other sections of the Indian Penal Code, including: Section 120 B, punishment of criminal conspiracy; 124 A, sedition; 153 A, unlawful association; and 153 B, imputations, assertions prejudicial to national-integration: based on the speeches he gave during the protests. Sedition is regulated based on a colonial law and is a non-bailable offence. These charges can lead to an array of punishments, ranging from imprisonment up to three years, to life imprisonment.

Akhil Gogoi is a renowned human rights defender, and has been arrested multiple times in the past as result of his human rights work, specifically relate to community rights and the right to information.

Gogoi has been suffering from severe back pain and kidney-related issues for a long time. He was under constant medical observation at the time of his arrest. His health condition, in the absence of proper medical care and treatment, has severely deteriorated and is now concerning.

On 29 February 2020, Gogoi was taken to Gauhati Medical College, where he was kept under observation for a day. However, no tests were performed due to the absence of clearance from the National Investigation Agency. He was later sent back to prison. He complained about a stomach pain due to a urine infection, but was still denied for medical treatment.

On 2 March 2020, his legal counsel was not able to meet with him, because he was confined to his bed due to his condition.

FORUM‐ASIA calls on the Government of India to provide immediate medical treatment to Akhil Gogoi. As a signatory to the International Covenant on Civil and Political Rights (ICCPR), India is obliged to guarantee the rights of prisoners, as provided under Article 6 and 10.

FORUM‐ASIA affirms that it is a basic responsibility of any State to provide a medical examination to all inmates as soon as they are admitted to prison or placed in detention in compliance with international obligations. Prisoners have the right to the highest attainable standard of health provisions. In the case of Gogoi this means that all charges should be dropped against him, and appropriate medical treatment should be provided to him immediately.