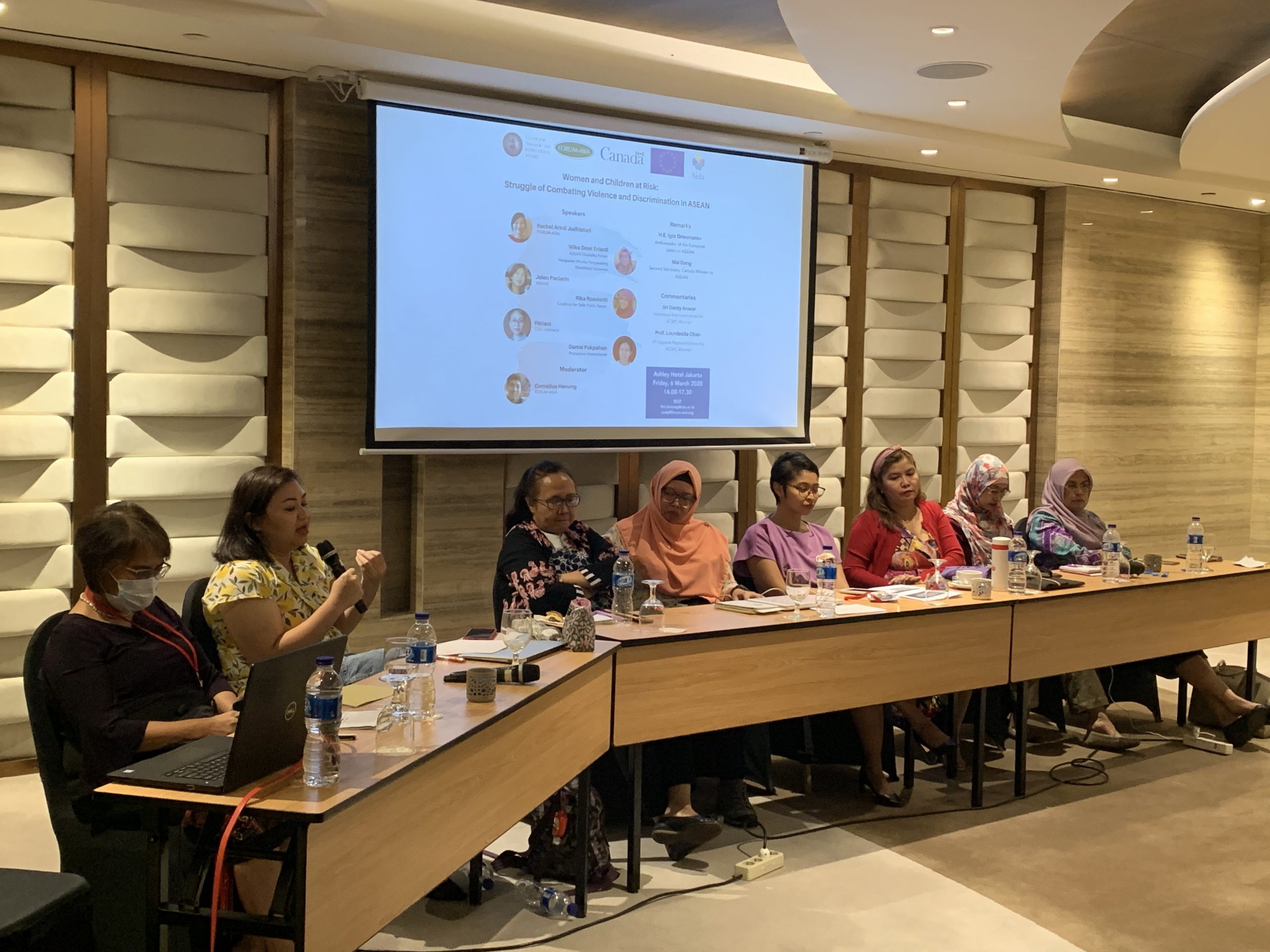 (Bangkok/Jakarta, 10 March 2020) – In conjunction with International Women’s Day 2020, the Asian Forum for Development and Human Rights (FORUM-ASIA) is calling on Member States of the Association of South East Asian Nations (ASEAN) to enact legislation to tackle sexual and gender-based violence in the region.

Apart from legislation, FORUM-ASIA is also calling on Member States to establish a mechanism where victims and survivors can seek justice.

FORUM-ASIA, a network of 81 non-governmental organisations across 21 countries in Asia, is concerned that three out of 10 women in the region[1] have experienced physical and/or sexual intimate partner violence, non-partner sexual violence, or both.

‘Instead of eliminating the root-causes of gender-based violence, ASEAN Member States have sponsored the discrimination and violence through the implementation of discriminatory laws and practices against womxn’s rights and fundamental freedoms,’ FORUM-ASIA says in a statement.

‘This has perpetuated a pervasive culture of impunity in which victims and survivors are silenced, and an environment of distrust towards law enforcement is created,’ it says.

FORUM-ASIA has found that womxn[2] in Southeast Asia experience systemic discrimination and violence as a result of hetero-patriarchal hegemony and growing conservatism in the region. These manifest across all aspects of life, including physical, mental, as well as economic and socio-cultural aspects, both in public and private spaces.

A public dialogue organised by FORUM-ASIA and the Centre for Strategic and International Studies (CSIS) on 6 March 2020 in Jakarta, Indonesia, titled ‘Women and Children at Risk: Struggle of Combating Violence and Discrimination in ASEAN’, highlighted a worrying trend: Womxn, particularly those with intersection identities who belong to marginalised groups, including womxn with disabilities, Lesbian, Bisexual, Trans, and Queer (LBTQ) womxn, womxn labour workers, womxn peacebuilders, womxn from ethnic and religious minority groups and women human rights defenders[3], are more vulnerable to multi-layered violence and discrimination. Rights-based organisations have documented many cases in which womxn with intersectional identities are criminalised and face intimidation when they seek justice.

‘Despite a decade since the establishment of the ASEAN Commission on the Promotion and Protection of the Rights of Women and Children (ACWC) within the ASEAN system, that has the mandate to advocate for victims and survivors, ASEAN has not been successful in holding Member States to account the inability or unwillingness to provide effective protection and remedies for those in need. The inaction of both ASEAN and its Member States to address gender-based and sexual violence is alarming,’ FORUM-ASIA says.

As a regional body, ASEAN should hold its Member States accountable to their commitments to international human rights norms and standards. It needs to strengthen the ACWC to perform its mandate in providing advise on national and local regulations to ensure alignment with CEDAW and other international norms is one avenue.

[1] WHO. Global and regional estimates of violence against women: prevalence and health effects of intimate partner violence and non-partner sexual violence. 2013.

[2] In the spirit of IWD, FORUM-ASIA utilises ‘womxn’ instead of ‘women’ to embrace and give recognition to all women with intersectionality of identities, which include non-cisgender women as well as femme/ feminine-identifying genderqueer and non-binary individuals.