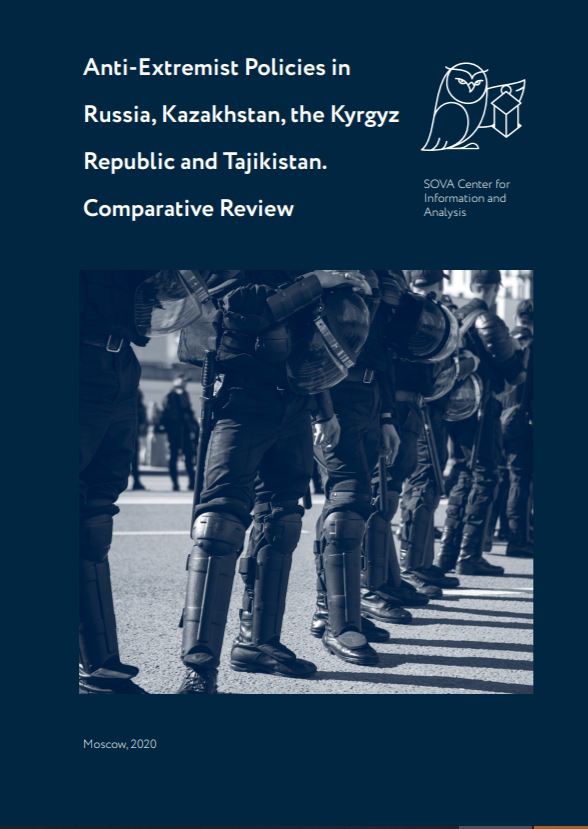 This report ‘Anti-Extremist Policies in Russia, Kazakhstan, the Kyrgyz Republic and Tajikistan. Comparative Review’ is produced by the Civic Solidarity Platform Working Group On Counter-Terrorism, Anti-Extremism and Human Rights, where FORUM-ASIA members Dignity and Bir Duino are part of.

Anti-extremist legislation, as a comprehensive legislation in the sphere of state and public security, emerged in Russia in 2002. On the one hand, it includes elements that exist or formerly existed in the legislation of Russia and other countries, in one form or another. On the other hand, it represents an ambitious attempt at a comprehensive solution to problems usually linked in the realm of social sciences rather than in the realm of law.This approach has been adopted by several post-Soviet countries to varying degrees. To the greatest extent, this applies to Kazakhstan, the Kyrgyz Republic and Tajikistan, both in their adoption of Russian legal innovations, and in the scale of their law enforcement activities. Accordingly, our report focuses on the experience of our four countries. We sought to draw attention to commonalities as well as differences in the regulatory framework and in the law enforcement dynamics.

The Civic Solidarity Platform Working Group on Counter-Terrorism, Anti-Extremism and Human Rights has already submitted a report covering the threat to basic human rights that stems from the introduction of a common approach to anti-extremism in our countries.We hope that this new report will help to better understand both the merits and the shortcomings of the path chosen by our countries and to discuss and outline ways to improve the legislative framework and the law enforcement practice.

The country chapters of the report were prepared by four organizations participating in the Working Group: SOVA Center for Information and Analysis (Russian Federation), Public Association Dignity (Republic of Kazakhstan), Bir Duino (Kyrgyz Republic), and the Office of Civil Freedoms (Republic of Tajikistan). The comparative review in the conclusion and general editing of all chapters and recommendations were done by SOVA Center.