‘The cost of injustice is very high; we cannot afford to do nothing about it.’ – Interview with Tolekan Ismailova, Chairperson of Bir Duino-Kyrgyzstan
2 June 2020 2:36 pm

For this month’s e-newsletter, FORUM-ASIA talked with Tolekan Ismailova, Chairperson of Bir Duino-Kyrgyzstan, FORUM-ASIA member in Kyrgyzstan. In this interview, Tolekan shared with us her human rights journey from her childhood and her experiences of working as a women human rights defender in a patriarchal society. 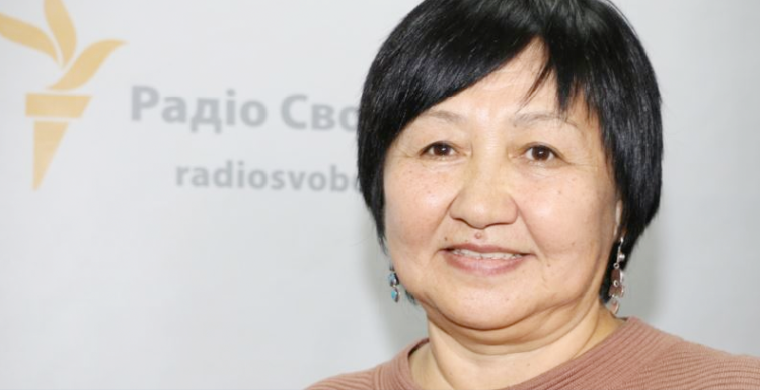 I became a woman human rights defender when I was little. Since my childhood, I have seen and heard about tragic stories that girls were kidnapped for marriage due to the lack of gender equality and good governance in the country. Many girls went back to their parents with children. Being illiterate or having little resource, those girls often came back with children, sick and unemployed.

In Kyrgyzstan, the patriarchal social and cultural norms are deeply rooted in the society where women have little space to speaking up. I am lucky that I have a supportive father, who encouraged me to be an educated woman so I would be able to defend my rights; and I have been working together with my husband, who was a journalist, for promoting active citizenship and women rights.

The clan politics also plays a major role in Kyrgyzstan, and I have seen how the powerful are part of this while other ethnic minorities are ignored. It is very challenging to ensure equal participation in the decision-making process.

20 years ago, I started working with Bir Duino (it means ‘One World’ in English), and we have worked on human rights, civil political rights, economic, social and cultural rights, and gender equality.

Therefore, the mission and goal of FORUM-ASIA are very valuable to us, as sharing experiences and knowledge is the key tool for collaboration and solidarity to advance the universality of rights and freedoms in the world.

It is the universal value for human rights and freedom that motivates me. Without the value, the most vulnerable groups such as women, children, and the old people will suffer, and the authoritarian regime will continue. Very often the injustice and inequality start from the family, and it saddens me when activists or journalists die without justice.

The COVID-19 pandemic also teaches us many lessons. Without security and equality, people do not have the chance to live, as the vulnerable people are the most affected. Business operations also impact our environment, lands and rivers, and it only benefits the powerful. Transnational companies should also be accountable for this. The cost of injustice is very high, and we cannot afford to do nothing about it.

At the same time, I have seen how society changes and progresses, and how t more opportunities are opening. The successful stories I have witnessed encourage me to work more for women, the vulnerable, and the marginalised.

During the presidential election in 2000, the Government violated people’s right to vote and did not respect international standards of free and fair elections. Many people were forced to flee the country due to state harassment and intimidation. As people mobilised themselves from rural to the capital city to pressurise the Government, the State imposed a law to ban peaceful meetings and assemblies.

At that time, we worked with lawyers, partners and diplomats to urge the Government to repeal this law, and it was the first time in our history that we showed our society how we should demand our rights. It was amazing and continues to inspire me and my colleagues when, together with the young woman lawyer Diana Makenbava, we won the right to peaceful assembly in the Constitutional Court of Kyrgyzstan on 15 October 2004.

In the Tulip revolution in 2005, we witnessed corruption and how prisoners were subjected to torture and other inhumane treatment. We worked with the minister of justice to monitor the condition in prisons and conducted research, which revealed the poor justice system in the country.

Because of the collective efforts from the civil society in the country and beyond, the death penalty was finally abolished in December 2017 as part of the reform of the justice system. It was a victory and joy for all citizens in the country.

As I am outspoken and fight against the gender stereotype, I was labelled as a spy and as someone against the Government and tradition, and this worried my family. I faced various kinds of threats, and the most tragic incident was losing my husband Asylbek Ismailov in August 2008.

As a journalist and writer, my husband had been critical of the Government. We worked on stories that exposed clan politics and corruption Kyrgyzstan, and he was targeted after I gave an interview to a radio about how Georgia could be an example of fighting for liberty in 2008.

My husband died of the deprivation of medical care when he had a stomach problem. There were two different records of his health, and he told me that the state agency wanted to kill him by giving a false diagnosis. It was a tactic that family members were targeted by the State.

As a human rights defender, I have experienced lots of difficulties and hard trials. The solidarity network and international partners have always helped. It is important to have a systematic connection with similar networks, so we can collect database, develop a support system, and mobilise resource to support victims of injustice, and to create a broader impact.

For the new rising generation, it is important to have critical thinking, to be a humanist, to demand equal access to resources and politics. Always remember that you are not alone, and do not be afraid. To promote the universality of human rights and freedom means to help oneself, one’s family, one’s community, and to contribute to security and sustainable development in the world. The values of human rights belong to everyone.  Remember and practice them.