From Our Member Women’s Rehabilitation Centre (WOREC), Nepal – 336 Cases Of Violence Against Women And Girls Committed During Lockdown
21 May 2020 1:50 pm 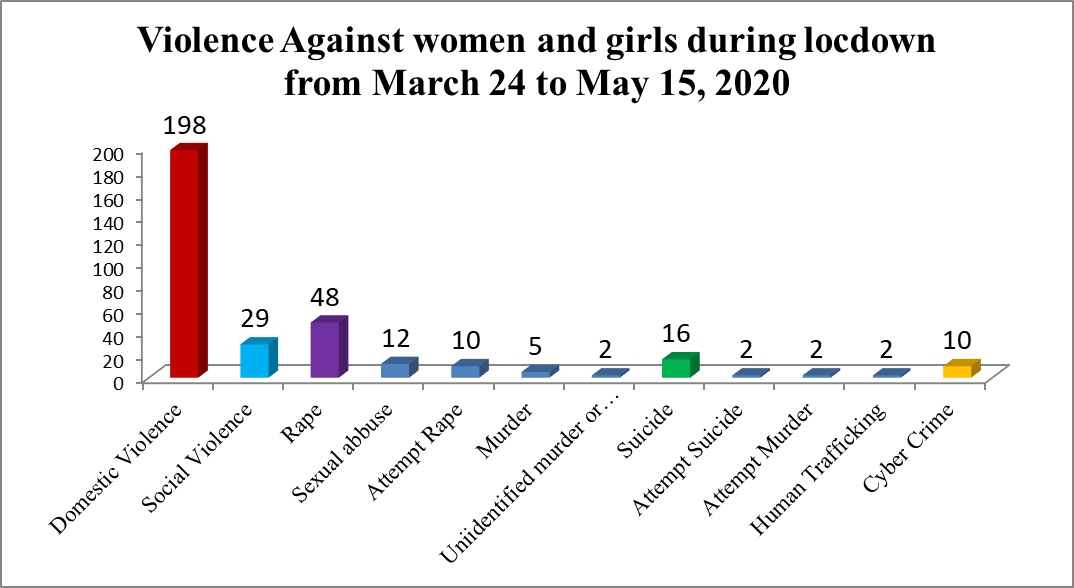 Out of these documented cases, 159 have gone for registering complaint at the police station, 39 have gone to Mediation Committee, 41 have shifted to their parent’s/ relative’s house being unable to withstand violence and remaining 97 affected women and girls have not given complaints in any authorities for support.

These incidents have been documented through 3 hotlines run by WOREC and psychosocial counsellors, Women Human Right Defenders and community-based organizations. Among these 30 cases were collected from different media.

1       This monthly release includes cases of GBV during 24 March to 15 May, 2020. The total data includes an additional 19 incidents of vaw of previous weeks and documented this week only.