Situation of Human Rights within Three Months of Lockdown

The coronavirus (COVID-19) pandemic has been gradually diminishing the status of human rights in Nepal. With the country seeing a gradually increasing rate of coronavirus infections – other facets of human rights have been overshadowed and under-represented. Human rights are fundamental requirements relating to an individual’s life, freedom and equality, and as such guaranteed by the Constitution, and strengthened by co-joint national policies and international treaties/agreements.

Within this documented period of three months of the Coronavirus Lockdown, many cases of human rights violations have been registered. Cases documented in this period include cases of unmanaged quarantines, misbehavior on thousands of Nepali returnees from India, negligence towards provision of adequate healthcare, abuse of human rights defenders; especially health workers, journalists and teachers, and violence against women and children.

Situation of Human Rights within Three Months of Lockdown 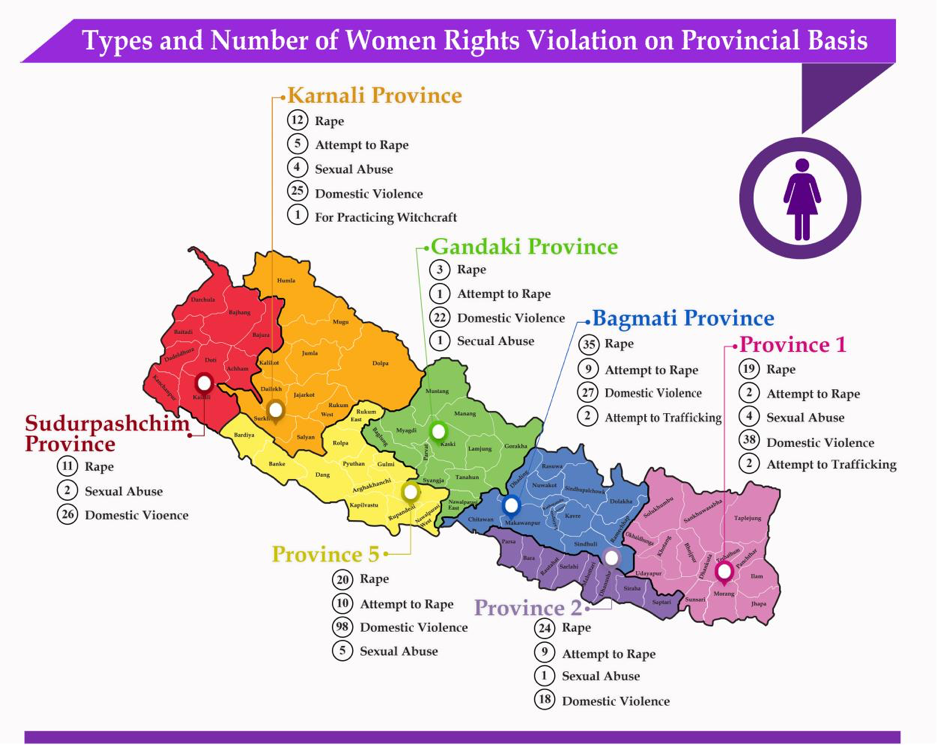 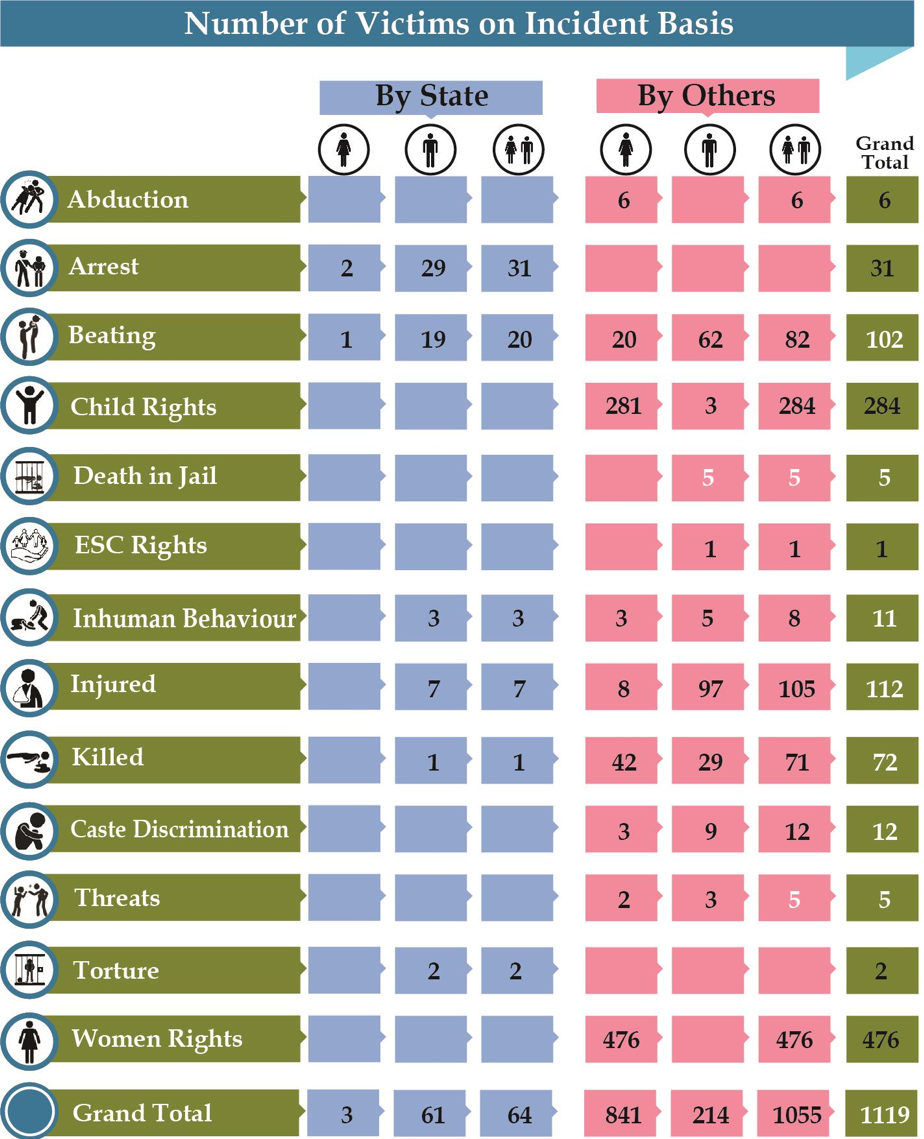 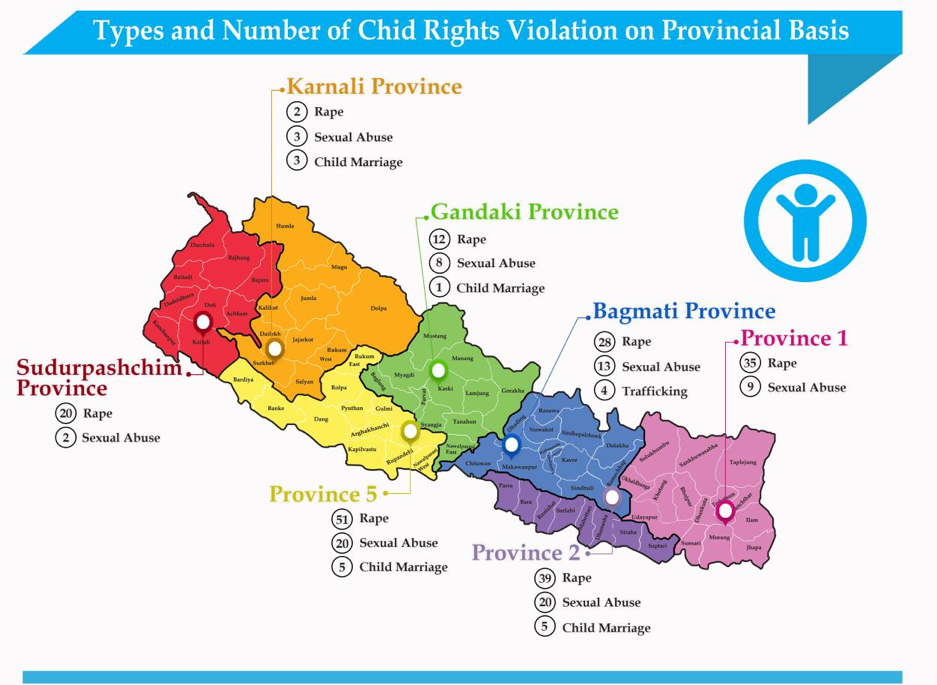 As per INSEC’s documentation, within the period of three months of lockdown, 25 health workers were subject to misbehavior. Police administration was subject to criticism for failing to provide adequate security to the front-line health workers in regard to such cases of misbehavior and other misdemeanors.

INSEC’s documentation records show violation of child rights through child labor, child trafficking, sexual violence, and deprivation from right to education and health. Due to the coronavirus lockdown, children could not attend schools and educational activities were halted which raised problems in terms of right to education. In this three months’ period, 187 girls have been raped, 75 have been sexually abused and four have been trafficked. 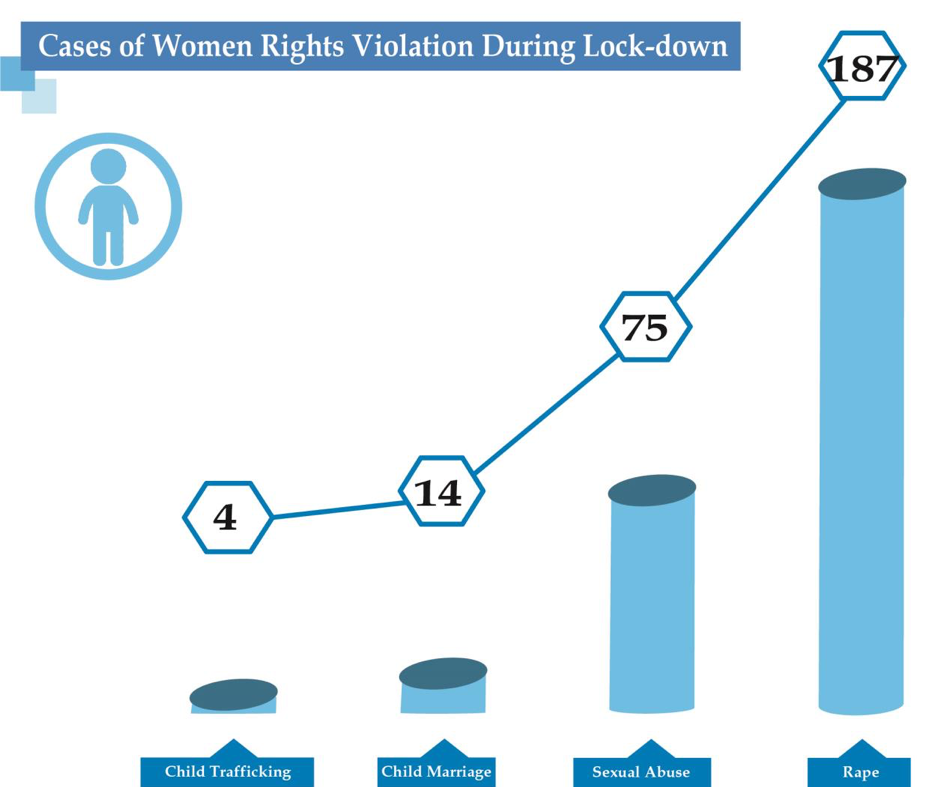 As documented with previous records, religious, social, cultural, physical, mental, sexual and psychological violence against women are still at a high rate in Nepal. Due to archaic social and cultural practices, women are unable to get out of the vicious circle of violence. The rates of sexual violence on women have been shown to be on a gradual increase. As per INSEC’s documentation, during this three months’ period, 124 women have been raped, 36 have been subject to attempted rape, 17 have been sexually abused, 254 have been the victim of domestic violence, four were victims of trafficking and one was victim of allegations of witchcraft. 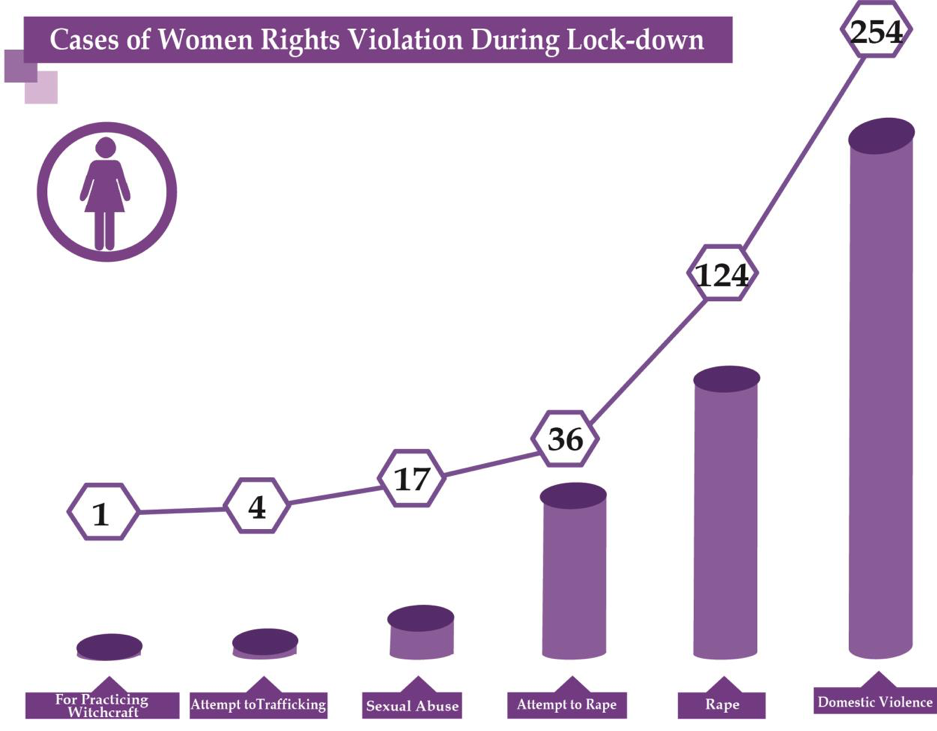 Nepal has a high rate of prevalent caste-based discrimination, but a consistently low rate of such cases being taken under legal jurisdiction. A majority of cases are found to be solved with reconciliation between two parties and the perpetrators are not subject to legal action. In Jajarkot, an alleged romantic relationship between a Dalit boy and a non-Dalit girl in Rukum (West) resulted in caste based violence and six men were killed in an attack by the “upper-caste” locals in the non-Dalit girl’s village.

Nepal has been making reasonable progress in terms of human rights developments, but such a process needs to be aided with adequate reporting and actions mechanisms. The enhanced trend of reporting, alongside rapid developments may have helped in the documentation of violations, particularly violations against women, which would have previously gone unreported.

The above-mentioned data and specific instances have shown that long term changes in the social construct, which has previously negatively harmed women, cannot be achieved only with legal remedies. There is the need for acknowledging possible unreported cases, likely with pre-existing social construct, or in an increased regard with the coronavirus lockdown. The state has a responsibility towards the protection, promotion and fulfilment of human rights. During the period of documentation, the state’s response towards human rights was unsatisfactory and flawed.

o INSEC demands legal action for those accused in the incidences of misbehavior on the human rights defenders, especially health workers and journalists.

o INSEC demands legal action for those accused in abusing women and children.

o INSEC demands the government’s attention and concern towards the rehabilitation of victimized women and children.

For the pdf version of this report click here.