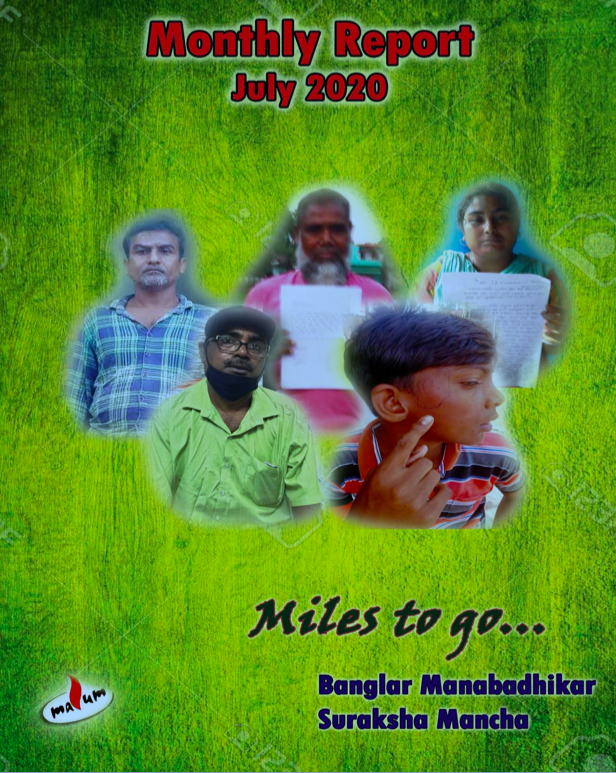 Banglar Manabadhikar Surakksha Mancha (MASUM) made 11 complaints of gross human rights violation before the relevant state authorities and different human rights institutions; especially the National Human Rights Commission during the month of July 2020. During this period we made updated complaints regarding 7 cases formerly lodged. The type of updated complaints made this month are listed in document.

During this month, MASUM received directions from the NHRC in 36 cases and provided feedback on the directions issued by the NHRC in 15 cases.Out of the eleven complaints four are on overall marginalization at erstwhile enclave, two each on livelihood violation and torture by police and one each on illegal detention, illegal restriction by BSF personnel and Torture by BSF personnel.

In the complaint regarding illegal restriction by BSF personnel, livelihood violation and marginalisation at erstwhile enclaves the victimization was collective and does not reflect in demographic and social classification of victims. Total numbers of victims in individual complaints were 6; among them 5 belong from the minority Muslim community and one from Hindu community. Among the victims 4 were males and 2 minor.

For the pdf version of the report click here