The Nightcrawlers is an unflinching exposé of Philippines President Duterte’s war on drugs, in which some claim over 20,000 people have been killed. 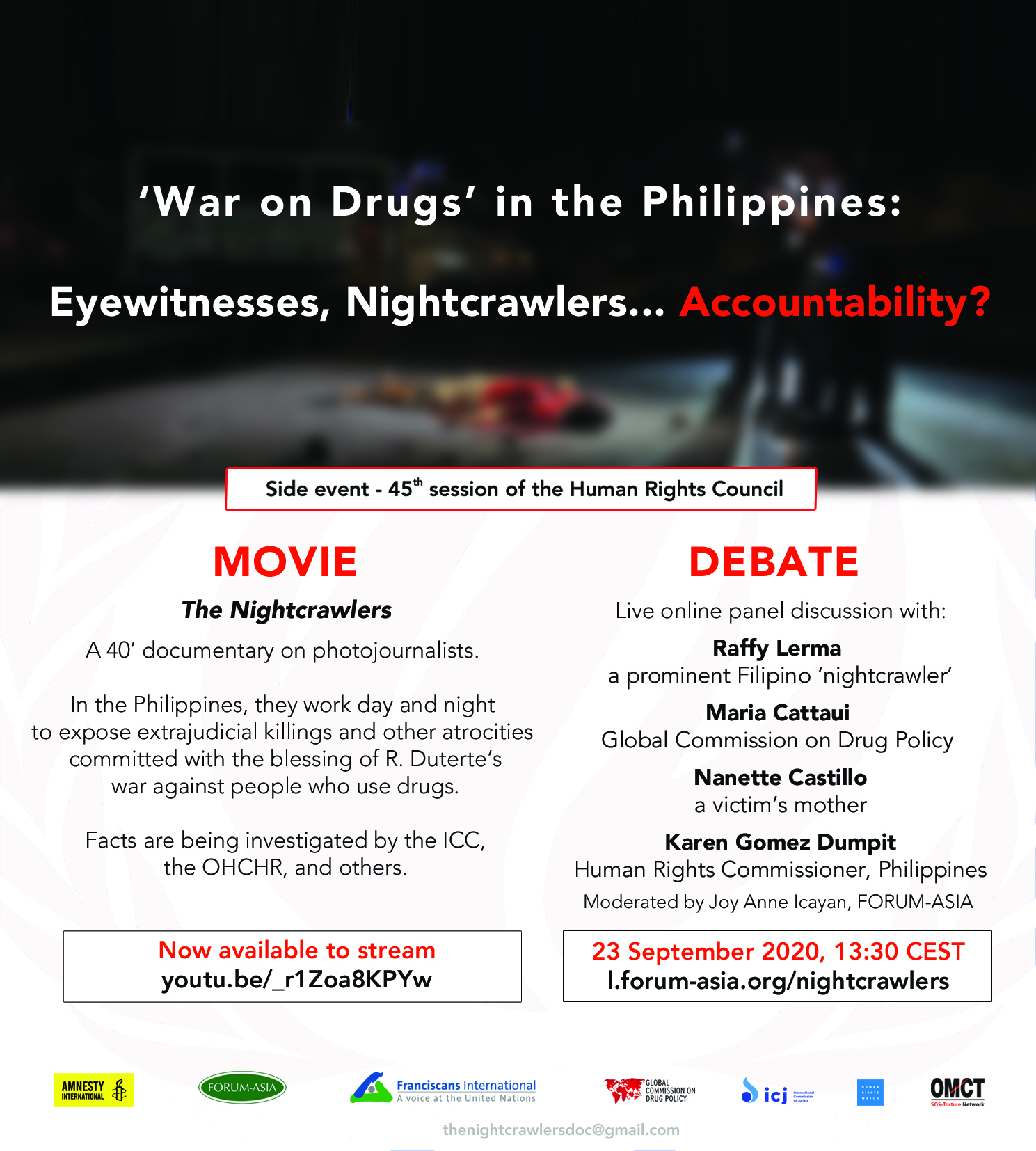 The Nightcrawlers will be streamed for free on YouTube until 30 September.

In the documentary, RL, a former staff photographer for a prominent newspaper, leads the Manila Nightcrawlers, a small group of determined photojournalists on a mission to expose the true cost of the violent campaign. Through covering both sides of the conflict, The Nightcrawlers reveals a harrowing twist behind Duterte’s deadly crusade.