‘It’s not easy but our voices and the voices of the marginalised need to be heard,’ ‒ Interview with Dr Tasneem Siddiqui, Founding Chair of the Refugee and Migratory Movements Research Unit (RMMRU)
8 October 2020 4:18 pm

In this month’s e-newsletter, FORUM-ASIA talked with Dr Tasneem Siddiqui, Founding Chair of the Refugee and Migratory Movements Research Unit (RMMRU), one of FORUM-ASIA’s members in Bangladesh. In the interview, Dr Tasneem shared with us how she played a role in enabling more than 100,000 Bangladeshi women every year exercise their constitutional right to pursue work abroad. 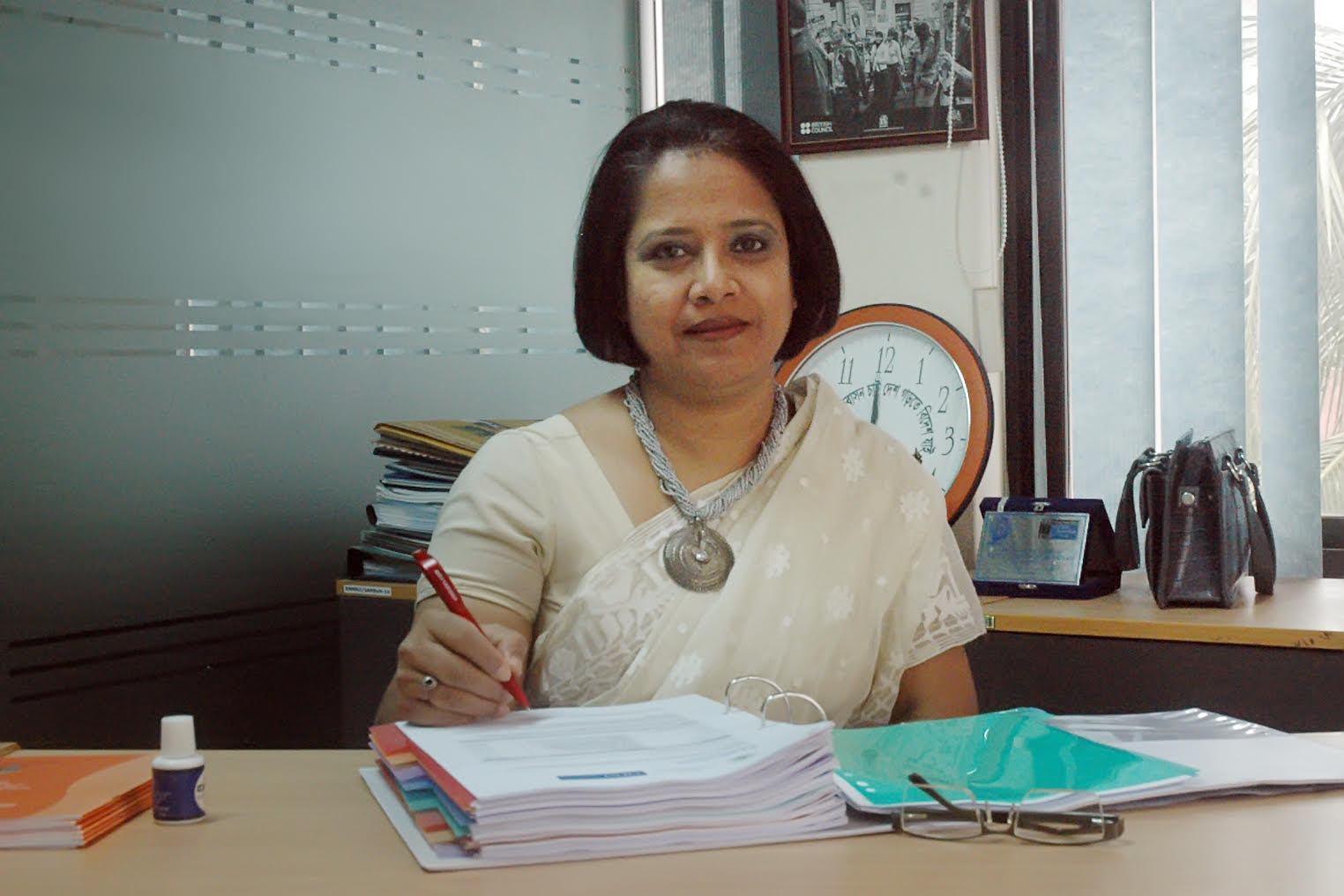 There were a few of us who decided to return to Bangladesh having completed our PhD’s in various international universities in 1991 to work with marginalised groups and highlight their plight. That is how we started the Refugee and Migratory Movements Research (RMMRU) Unit at the University of Dhaka. We identified three groups who needed the most assistance: refugees, labour migrants and stateless persons.

Initially, our aim was to expose students to various human rights issues and standards, and their implications on marginalised groups. As part of our goal to nurture the next generation of human rights defenders, we involved them in our research.

Interestingly, many of the research initiatives we conducted become the basis for advocacy work and subsequently influenced the framing of new policies in Bangladesh to be in favour of marginalised groups. It was the students who pushed RMMRU to act at the grassroots and reach out to short term contract labour migrants, Rohingya refugees and Bihari stateless persons. Gradually, we also started working on the climate induced internal migrants in urban locations, as well as construction and domestic workers who also migrated domestically.

I have also been involved with Odhikar, a civil society organisation in Bangladesh working on civil and political rights. It was through Odhikar that I became acquainted with FORUM-ASIA and eventually RMMRU gained membership with FORUM-ASIA. A lot has been done since then ‒ the restoration of citizenship for camp-based Biharis, the drafting of the 2006 Overseas Employment Policy, playing a key role in drafting the 2013 Overseas Employment and Migration Act, breaking the monopoly of Western Union in Bangladesh by convincing the central bank to withdraw the ‘Pay Cash Exclusivity’ clause from remittance transfer agreements, and drafting the National Strategy on Disaster and Climate Induced Internal Displacement. These are several land marks of RMMRU work.

Other equally satisfying achievements of RMMRU include the recovery of money from the dalals and recruiting agencies through court cases, Bureau of Manpower, Employment and Training (BMET) arbitration and the innovation of a unique model of local level mediation, as well as securing the release of refugees and migrants who are arbitrarily detained or jailed.

My motivation is and has been serving the marginalised, changing the status quo and ensuring they have a voice in the framing of policies that affect them.

If I am not motivated, how would I keep those working in RMMRU motivated? The level and extent of my commitment has not dampened. There were many instances where RMMRU was labelled as going against the government but all we have been trying to do is establish the rights of refugees, migrants, and stateless persons. These issues may not always tally with the interest of the certain sections of successive governments, but it is certainly in the interest of the country.

What has been one of the most inspiring moments in your work?

The lifting of the ban on female migration in Bangladesh in 2003 was one of the most inspiring moments I had experienced. Together with a researcher in Sri Lanka, I conducted the first research on labour migration of lowly skilled female migrants. It was published from Geneva in 1999.

Globally, we were the forerunners on research on female labour migration. We shed light on how female migrants were subjected to irregular processes, how they were being trafficked and why bans and restriction needed to be lifted. It was continuous advocacy based on research – countless newspaper articles, television interviews, awareness campaign at the grassroots, formation of female migrants’ association as well as migrant rights committees at different districts. It paid off in 2003 when the ban was lifted. I felt that this was a great achievement.

You do feel certain sense of achievement when you see each year more than 100,000 women migrate overseas for work, and your organisation had directly contributed to facilitating the exercise of the rights of a doubly marginalised group ‒ women! Nonetheless many of our women face human rights violations, sexual harassment and physical abuse.

I do feel sad when a woman migrant returns to Bangladesh battered and abused, seeking protection and support from RMMRU, and I do wonder if I somehow contributed to her situation by legalising female migration. I remind myself to look at the bigger picture. Banning them from practicing their constitutional right to pursue work is not the answer. They would have migrated anyway, but have had less protection if the ban had not been lifted.  Working together along with the global civil society for the protection of their rights in their countries of destination is the right path. This is where our partnership with FORUM-ASUA and other human rights organisations is vital.

In my opinion, the biggest challenge is balancing between service delivery and human rights. Migrants require certain services such as access to information, training and technical support for reintegration upon return. We do not face any issues in providing these services, and the Government appreciates these efforts. But the government gets upset when we fight against the violation of rights of the migrants or refugees.

There is no homogenous path. RMMRU has been honoured by government on many occasions, but has also been labelled as anti-state and subjected to harassment. When we raised concerns against syndication with respect to labour migration to Malaysia, concerned authorities issued press releases against us. Electronic and print media had been instructed not to provide us space nor run our side of the issue. Such actions shrink our space to work.

The role of donor communities sometimes is challenging. They would harp us for information on violation of rights, but at the same time, want to remain in the good book of the government. Some even make statements through public forums that they only work with organisations who have good relations with government. The actions of some of donors directly contribute to the shrinking space in which rights organisations operate.

In such situations, it is tough to speak up on human rights violations. We have to craft our message very carefully. We do not treat government as a homogenous identity ‒ we identify those who appreciate contrasting views and convince them to hear us out. It often feels like a delicate balancing act. We have to carefully develop our strategy to continue working on rights issues without major encumbrance.

We navigate a space where making our voices heard can threaten our very existence. It’s not easy but our voices and the voices of the marginalised need to be heard.

To the new generation of human rights defender, I would say don’t go mainstream because everyone is mainstream and there are no meaningful challenges there. Question the status quo and try to get answers from as many people as possible to make your own informed opinions. Never take anything at face value. Make research an integral part of your work and look at rights issues from all angles before deciding on your course of action. Don’t find comfort in existing discourse and practices. Instead explore paths that would enable you to secure alternative visions.

Think about others and how you can contribute to something that is bigger than yourself. When you become a part of something larger, you will be able to find your niche as well as gratification.