‘Countless atrocities against civilians and their stories of pains and sorrows made me want to work for justice.’ ‒ Interview with Hassan Ali Faiz, Research Director of Civil Society and Human Rights Network (CSHRN)
9 November 2020 5:28 pm

In this month’s e-newsletter, FORUM-ASIA talked with Hassan Ali Faiz, Research Director of the Civil Society and Human Rights Network (CSHRN), FORUM-ASIA’s member in Afghanistan. In the interview, Faiz shared with us how the discrimination and almost-complete execution of the Hazara ethnic group to which he belong motivated him to fight for human rights. 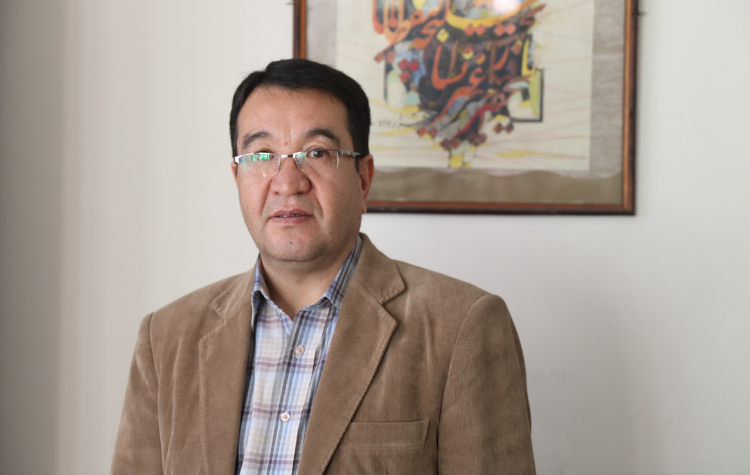 Back in the 1990s as a child living as a refugee in Pakistan, I first read the word ‘human rights’ on a signboard. At that time, I wasn’t aware of its true meaning, but still, I figured out it was something related to justice and being equal. It was something new and intuitively fascinating for me, but I couldn’t really understand how a refugee and a citizen, how the poor and the rich, could be equal. It was probably interesting to me because I lacked all these privileges.

In the late 1980s, we had to seek asylum in Pakistan following the murder of my three uncles and relatives in the war against the Russians and later in the Afghan civil war. I can still remember the Russians bombing villages and how we had to seek shelter and hide in small underground tunnel dugs. We had to flee to mountains where there were roads to hide when the Russians were advancing toward our village to pursue the Mujahideen. Sometimes my father would wake us up in the middle of the night, tell us to pack quickly, load the donkeys with essential clothes and food, and get ready to go.

Later, during the civil war among ethnic groups, even neighbours would fight with neighbours. The years of civil war ultimately led to the emergence of a more brutal force, the Taliban, who castigated anyone who would dare to defy their rulings. An ultra-radical group coming from one ethnic group ruthlessly crushed and suppressed all other ethnic groups.

The events that ranged from the Russian invasion to civil war and the Taliban’s brutal ruling left behind countless incidents of human rights violations, war crimes, and crimes against humanity. The more prevalent and severe human rights violations were hurting many Afghans deep inside. For many Afghans who became human rights activists later, the driving force was the injustice inflicted on them directly or to their country fellow men and women. I was one of them. Countless atrocities against civilians and their stories of pains and sorrows made me want to work for justice.

In 2003, I returned to Afghanistan after living for over a decade in wartime exile. In 2004 I joined the Afghanistan Independent Human Rights Commission (AIHRC) – a newly established human rights institution to protect and promote human rights in the country. Over the years, I learnt more and more about human rights. As I learnt more, I became more interested in this noble cause.

As the armed conflict intensifies in Afghanistan and civilians bear the brunt of war, the prospect for human rights to be respected in this country looks less promising. Even though our struggles for protecting human rights don’t seem to be very fruitful, what keeps the momentum alive is the feeling of doing something positive and being helpful to someone in complete despair. This feeling might seem little, but it still gives you a sense of inner peace. It is important to feel that you are fighting for a cause and struggling to instill the claim for justice, as a few noble human causes have appeared to fade away in many societies.

I come from an ethno-religious minority background with a history of persecution and discrimination. Throughout history, members of the Hazara ethnic minority, my ethnic group, have been massacred several times under the Taliban regime, during the civil war, and once we almost reached extinction. In 1891-1893, it is estimated that over 60 percent of members of my ethnic group were massacred or sold out as slaves.

Until the Communist regime of the 1970s, our community members were officially banned from enrolling in cadet schools that train military and police officers, and in some faculties at the universities. However, even today, they are systematically discriminated.

The overall injustices arising from conflict or based on ethnicity motivated me to work for justice and human rights. This motivation has deepened over the course of my professional career. In the beginning, it was very sensational, but now it is more realistic. I used to underestimate a challenge in the past, but now I deal with every even trifling issue with care and confidence.

In a country like Afghanistan, a traditional Islamic country torn by conflicts, working for human rights is very challenging. Here, the government thinks that civil society organisations work for the interest of other groups, such as donors or foreign countries, the radical insurgents think you are a collaborator of unbelievers, and the communities believe you are preaching alien values ‒ only you know that you are doing the right job ‒ working for human rights becomes truly demanding. In a country where violence is the norm, people are used to the news of killings and murders, and mere survival is difficult, human rights work requires profound courage and dedication.

You need to be wise and to take calculated steps to work and live. Thinking of the cause you are fighting for and the society that needs you, you must remain alive to work. Therefore, you must exercise utmost care and caution in your work.

Changing society is a time-consuming process; it won’t happen with just a sleight of hands or a snap of fingers. It requires patience, deep commitment, and dedication. It is difficult, it is risky, but it is worth it. Don’t get frustrated; it is a long way ahead. I believe that working for the protection of human rights is a virtue and brings immense inner peace that you will not get out of other professions.