‘Access to valid information is everyone’s right, no exceptions.’ – Interview with Sasmito Madrim, Chairperson of The Alliance of Independent Journalist Indonesia (AJI)
5 May 2021 4:13 pm

This month in conjunction with the World Press Freedom Day, FORUM-ASIA talked with Sasmito Madrim, Chairperson of the Alliance of Independent Journalists Indonesia (AJI), FORUM-ASIA’s member in Indonesia. In the interview, Sasmito shared with us how he has worked to advance the welfare of media workers and press freedom in Indonesia and the region, and how the access to information is fundamental for everyone. 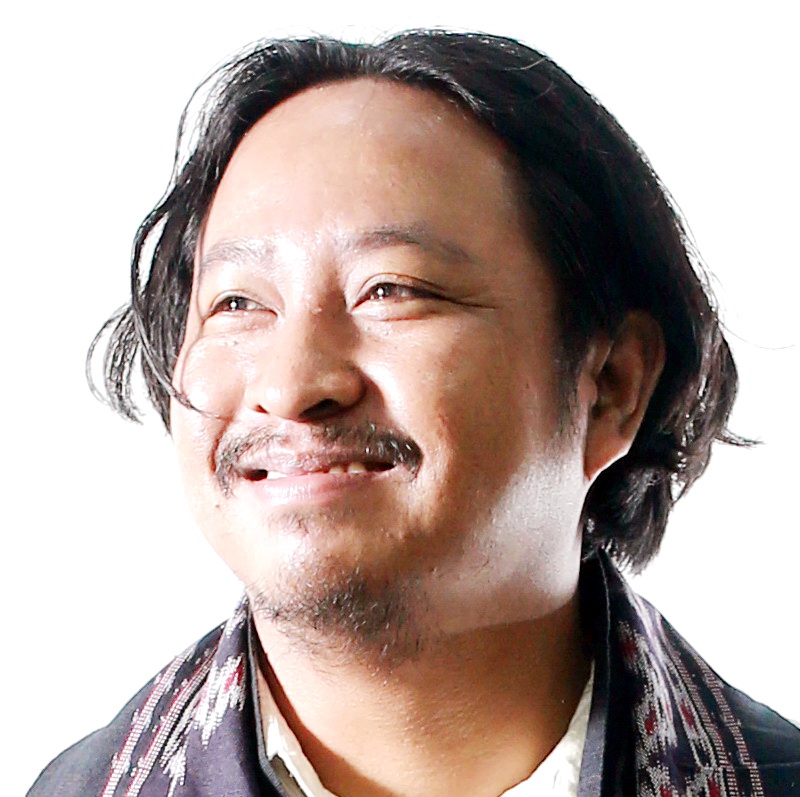 For me, every person has the right to a decent wage and to work safely, in order to live in prosperity. This belief motivated me to join a workers’ union when I was a journalist with Radio KBR in 2012. I was then elected as Chairperson for both Radio 68 H Workers Union and the Federation of Independent Media Workers Union. The federation had 12 members, including KBR radio, Tempo, Hukum Online and the Swa Magazine. Through the union, I struggled and fought for the welfare of media workers through negotiation with companies and policy advocacy at the national level.

At the time, I also became a member of the Alliance of Independent Journalists Indonesia (AJI), a FORUM-ASIA member organisation which had union-aligned features. After about three years of fighting for the rights of media workers through AJI, I was appointed as AJI’s Advocacy Coordinator. Through AJI, I became involved with FORUM-ASIA. Various issues on human rights in Asia are discussed and advocated with and through FORUM-ASIA. Working with FORUM-ASIA further expands AJI’s network at the regional level.

To address this issue, AJI has made strategic steps, including initiating the formation of the Journalist Safety Committee which comprises 10 institutions that focus on press freedom. I was elected as Coordinator for the Committee in 2015.

The welfare issues of media workers and deteriorating press freedom in Indonesia, especially when looking at cases of violence against journalists, are the main factors that motivate me to be involved in various coalitions, including FORUM-ASIA.

Of course, AJI cannot fight alone towards press freedom and the welfare of media workers in Indonesia. The repressive conditions journalists in Indonesia are subjected to are also conditions journalists in other Asian countries face. This means that solidarity is needed between civil society and institutions from various sectors in our fight towards press freedom and media workers’ welfare.

Please tell us one of the most inspiring moments for you in your work in the past.

In 2019, the Indonesian government blocked internet access in Papua and West Papua following a series of demonstrations due to rising racism in Papua. The government argued that the internet shutdown was to prevent the spread of disinformation in the community.

But in reality, the internet shutdown failed to prevent the spread of disinformation but instead limited the public’s access to factual, valid information from journalists. The shutdown also made it difficult for journalists to report or produce news. Some media in Papua were not even able to publish anything for some time because the internet was paralysed.

AJI, together with other civil society orgaisations, sued the President and Minister of Communication and Information, and our case was brought to the Central Jakarta District Court. And we won the lawsuit. Of course, we hope that this will deter the government from arbitrarily blocking the internet in the future and recognise that the internet is a basic need and access to the internet and information is part of a person’s rights.

What do you experience as the main challenges working on human rights as a journalist in Indonesia and in the region? And how do you deal with such obstacles in your work?

AJI is one of the initiators of IndonesiaLeaks, a platform for people to share their citizen journalism and insights with the mass media. One of the first articles to be successfully published by several media outlets through IndonesiaLeaks was the alleged criminal law involving high-ranking police officers.

But because of this, Abdul Manan, the Chairperson of AJI, was reported to the police and a case was brought to the court over this coverage. Thanks to the support of all AJI members and other civil society organisations, the indictment was withdrawn by the court. However, the status of the police reports is still unclear.

This challenge persists for journalists and the press community in Indonesia. Until now, we are still trying to have a dialogue with the government and law enforcement officials so that criminal cases against journalists can be eliminated, and cases of violence against journalists are thoroughly investigated by the courts.

If you could give a message to the new generation of people working on advancing human rights through media and journalism, what would it be?

Access to valid information is everyone’s right, no exceptions. This inherent right includes citizens with disabilities who continue to face difficulties in accessing the news due to the absence of inclusive technology or the lack of media sensitivity towards those with disabilities.

We hope that mass media in the future will provide the widest possible access for all persons with disabilities. It is necessary to think about how everyone can access information.

Secondly, journalists are not corporate or governmental public relations agents. They do not work on behalf of the government or companies. Journalists work for the public interest through seeking truth and report it with utmost accuracy.