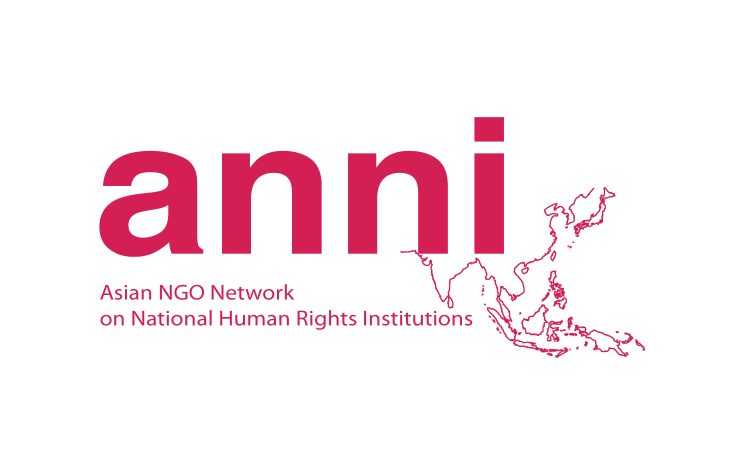 (Bangkok, 11 June 2021) ‒ The new appointments to the National Human Rights Commission of India (NHRCI), especially Justice Arun Kumar Mishra as the Chairperson, raises serious concerns on the independence and credibility of the country’s human rights body, said the Asian NGO Network on National Human Rights Institutions (ANNI), an initiative by the Asian Forum for Human Rights and Development (FORUM-ASIA).

The opaque appointment process, lack of plurality and diversity in the membership, absence of a consultative process, in addition to the appointment of a former Supreme Court judge whose tenure was riddled in controversy, contravene the Paris Principles.[1]

On 2 June 2021, President Ram Nath Kovind appointed Justice Mishra as the NHRCI’s new Chairperson, a position that had been vacant for almost six months since the former Chairperson, Justice H.L. Dattu completed his tenure. Other newly appointed members include the former Chief Justice of Jammu and Kashmir High Court, Mahesh Mittal Kumar, and the former Director of Intelligence Bureau, Rajiv Jain, who were all recommended by a selection committee[2] led by Prime Minister Narendra Modi.

‘The closed-door selection process, without publicising vacancies, fails to meet the prescribed minimum standards set by the Paris Principles and its General Observations. The lack of a participatory and merit-based selection process without broad consultation has resulted in the selection of several unqualified commissioners with poor track records on human rights. It erodes the institutional legitimacy of, and public confidence in, the NHRCI,’ said Shamini Darshni Kaliemuthu, the Executive Director of FORUM-ASIA, the Secretariat of ANNI.

Justice Mishra’s track record on human rights has been controversial, with him partially or completely ruling in favour of the current government in landmark cases at the expense of personal liberties of individuals.[3] These precedents have created serious fears among civil society towards the independence and autonomy of the NHRCI, its ability to and willingness to investigate human rights violations credibly and impartially, and Justice Mishra’s resolve in doing so.[4] Similarly, the appointment of a former police officer from the intelligence services as a member raises concern over the ‘actual and perceived’ independence of the NHRCI. The police are the alleged perpetrators in most of the cases brought before the NHRCI.

The appointment process also displays India’s blatant disregard for the recommendations proposed by the Global Alliance of National Human Rights Institutions’ Sub-Committee on Accreditation (GANHRI-SCA) in 2016[5] and 2017[6], despite the NHRCI’s proposed amendments on the Protection of Human Rights Act (PHRA) 1993 to the government. Additionally, the amendments made to the PHRA in 2019 are neither in line with the Paris Principles nor the SCA’s recommendations.

Instead of ensuring pluralism and diversity as recommended by the SCA, the selection committee continues to appoint individuals with judicial, bureaucratic and administrative backgrounds. Candidates with knowledge and practical experience on human rights, including representatives from civil society, are overlooked.[7] The selection process also failed to consider representation from diverse communities to ensure plurality in language, region, religion, caste, tribe, ethnicity and gender.[8] The selection committee also rejected concerns raised by its member from the opposition party, who called for a transparent and inclusive selection process.

Along with several members of civil society, ANNI expresses its concern over this troubling development and the repercussions it will have on the NHRCI’s independence, autonomy and credibility. ANNI urges the SCA to actively consider these developments in its assessments, and to review the NHRCI’s accreditation status in line with Article 16.2 of the GANHRI Statute.[9] The NHRCI must  be held accountable for its failure to comply with the Paris Principles as well as the SCA’s repeated recommendations.

The Asian NGO Network on National Human Rights Institutions (ANNI) was established in December 2006. It is a network of Asian non-governmental organisations and human rights defenders working on issues related to National Human Rights Institutions (NHRIs). ANNI has members that are national organisations from all over Asia. ANNI currently has 33 member organisations from 21 countries or territories. The work of ANNI members focuses on strengthening the work and functioning of Asian NHRIs to better promote and protect human rights as well as to advocate for the improved compliance of Asian NHRIs with international standards, including the Paris Principles and General Observations of the Sub-Committee on Accreditation (SCA) of the Global Alliance of NHRIs (GANHRI). The Asian Forum for Human Rights and Development (FORUM-ASIA) has served as the Secretariat of ANNI since its establishment in 2006. http://l.forum-asia.org/ANNI

[7] According to Section 3(2) of the Protection of Human Rights Act 1993 (PHRA), this vacancy requires a person who ‘has knowledge of, or practical experience in, matters relating to human rights.’ It is one of two positions that do not require a person to have a background as a judge. Section 3(2) PHRA